In the formal record of decision, Supervisor Jerry Ingersoll of the Siuslaw National Forest said he tried to reduce conflicts between motorized and non-motorized uses of the recreation area while accommodating at least some of the requests made by recreational off-roaders.

Historically, a little more than 9 square miles of open sand had been set aside for OHV use, with another nearly 7 square miles of vegetated areas where riding was allowed on 34 miles of designated trails.

Congress designated the Oregon Dunes on the Siuslaw National Forest as a National Recreation Area (ODNRA) in 1972, and prescribed that it be managed for “…public outdoor recreation use and enjoyment,” and for “the conservation of scenic, scientific, historic, and other values contributing to public enjoyment.” The ODNRA is comprised of approximately 28,900 acres of forested areas, water and open sand areas between Florence and North Bend on the Oregon coast. This area of diverse and constantly changing landscapes is host to a wide array of outdoor recreational uses.

One popular use of the area is OHV riding. The ODNRA provides a riding experience almost unique in the United States, and many families travel long distances to enjoy the open sand. OHV riding is a multi-generational, social experience that connects participants to each other and the out of doors. Many families consider the opportunity to ride on the ODNRA unique and irreplaceable. OHV riders are also an important source of economic activity for coastal communities from Florence to Coos Bay. Riders travel long distances to reach the ODNRA and often stay for several days in campgrounds or hotels, purchasing supplies from local stores.

Management of the ODNRA is guided by the 1994 Oregon Dunes National Recreation Area Plan (the Dunes Plan). The Dunes Plan was adopted, following extensive public involvement and the completion of an environmental impact statement, as an amendment to the Siuslaw National Forest Land and Resource Management Plan (1990). The 1994 Dunes Plan updated and replaced the earlier 1979 Dunes Plan. The 1994 Dune Plan was appealed by 10 separate individuals or groups. Each appeal was reviewed by the Regional Office Reviewing Officer Richard Ferraro, Deputy Regional Forester at the time. In each case he affirmed the Forest 4Supervisor’s decision to amend the Siuslaw National Forest Plan with management direction for the ODNRA.

The Dunes Plan provides for public OHV use in two management areas:

The Dunes Plan provides that MA 10 (C) be managed to “protect vegetated habitats while providing controlled opportunities for Off Road Vehicles (ORV) touring and traveling on designated routes.” The Dunes Plan further states that the goal for this management area is “to minimize OHV impacts on vegetated areas while allowing controlled opportunities for riding and travel through the area on designated routes for access to the beach and other areas which are open for OHV use.” Several routes in MA 10 (C) were identified and designated in the Dunes Plan itself. These include major access points to the open sand, many of which are signed and maintained. The Dunes Plan also called for the designation of additional routes within 3 years of Plan approval and the obliteration or naturalization of non-designated, largely user-developed, routes. In MA 10 (C), then, the Forest Service was directed to:

Staffing and budget constraints delayed this effort, as the Siuslaw National Forest focused on implementing other direction from the Dunes Plan, including restrictions on alcohol use, management of sand camping, development of additional access at Riley Ranch, and recovery of the threatened snowy plover. These efforts have largely been successful: restrictions on alcohol have limited wild parties and kept the Dunes open to family recreation; sand camping remains safe, predictable, and available; the Riley Ranch campground and access trail are open and popular; and the plover populations are beginning to recover. However, the delay in designating routes in Management Area 10 (C) presents the Forest Service, counties, OHV riders, and other interested parties with several management challenges.

The Dunes Plan restricts OHV use in Management Area 10 (C) to designated routes, but the only formally designated routes are the major access trails. An extensive network of unauthorized, user-developed routes continues to be used and additional routes have probably developed. None of these (except the Riley Ranch Trail) have been designated for OHV use, but undesignated routes have not been enforced as closed and allowed to re-vegetate either.

The ODNRA is an area characterized by the rapid spread of predominantly non-native, invasive plant species, especially European beachgrass (Ammophila arenaria). Some of the userdeveloped routes evolved because they were popular, regularly-used travel ways and rapid vegetation encroached on either side making what was once open sand a vegetated area, with a now “unauthorized” motorized trail through it. Other trails, as in the Fingers area, involved the gradual breakdown of upland forests as riders sought out challenging riding experiences and hill climbs.

Without a complete formal route system or adequate signing and closure orders for most of MA 10 (C), use of undesignated routes and establishment of additional user-developed routes continues. Responsible riders cannot reliably tell where riding is appropriate. As a result, the majority of existing trails within MA 10 (C) today are not designated routes. This has, in turn, led to greater and unnecessary impacts to important plant communities within and adjacent to the MA 10 (C) areas.

In 2005, the Forest Service published a final Travel Management Rule (36 CFR Part 212, Subpart B), requiring every national forest to designate those roads, trails, and areas open to motor vehicle use. Forest Service regulations (36 CFR 261.13) now prohibit use of motor vehicles that is not consistent with the designations. The Siuslaw National Forest completed the Siuslaw Travel Management Project in 2009, and has published a motor vehicle use map each year since 2010. On most of the 630,000 acre Siuslaw National Forest, travel management was relatively simple and non-controversial. Cross-country motor vehicle use in steep, wet, densely forested lands is difficult if not impossible. However, the agency recognized in 2009 that route designation in the Oregon Dunes National Recreation Area was not complete, and would be much more complex. Until route designation is completed, OHV use on many established routes in MA 10 (C) is technically prohibited but unenforced under 36 CFR 261.13, an undesirable and unsustainable situation. The 2009 Siuslaw Travel Management Project decision pointed towards the Designated Routes Project to complete designation on the Oregon Dunes National Recreation Area.

This decision is limited in scope. While it does include a non-significant amendment to the Dunes Plan, it does not attempt to re-draw the overall balance of motorized and non-motorized allocations in the ODNRA. The Dunes Plan established that overall zoning following extensive participation by OHV riders, county governments, the environmental community, and others. The 1994 Dunes Plan was itself founded on the preceding 1979 Dunes Plan, which was developed with the help of the original Advisory Committee called for under the legislation establishing the ODNRA.

Based on my review of the alternatives and environmental impacts described in the Oregon Dunes NRA Management Area 10 (C) Designated Routes Project Final Environmental Impact Statement (FEIS), the comments on the DEIS submitted by other agencies and the public, the evaluation of objections submitted during the objection period, and other information available in the project record, I have selected Modified Alternative 4. The specific modifications to Alternative 4 are identified in this Record of Decision (ROD).

I have determined that this project-level Forest Plan amendment is not significant under regulations implementing the National Forest Management Act because it is very limited in geographic scope and does not affect the overall mix of goods and services provided from the Siuslaw National Forest. 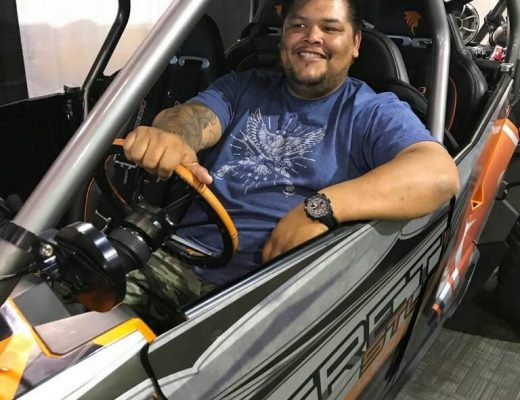