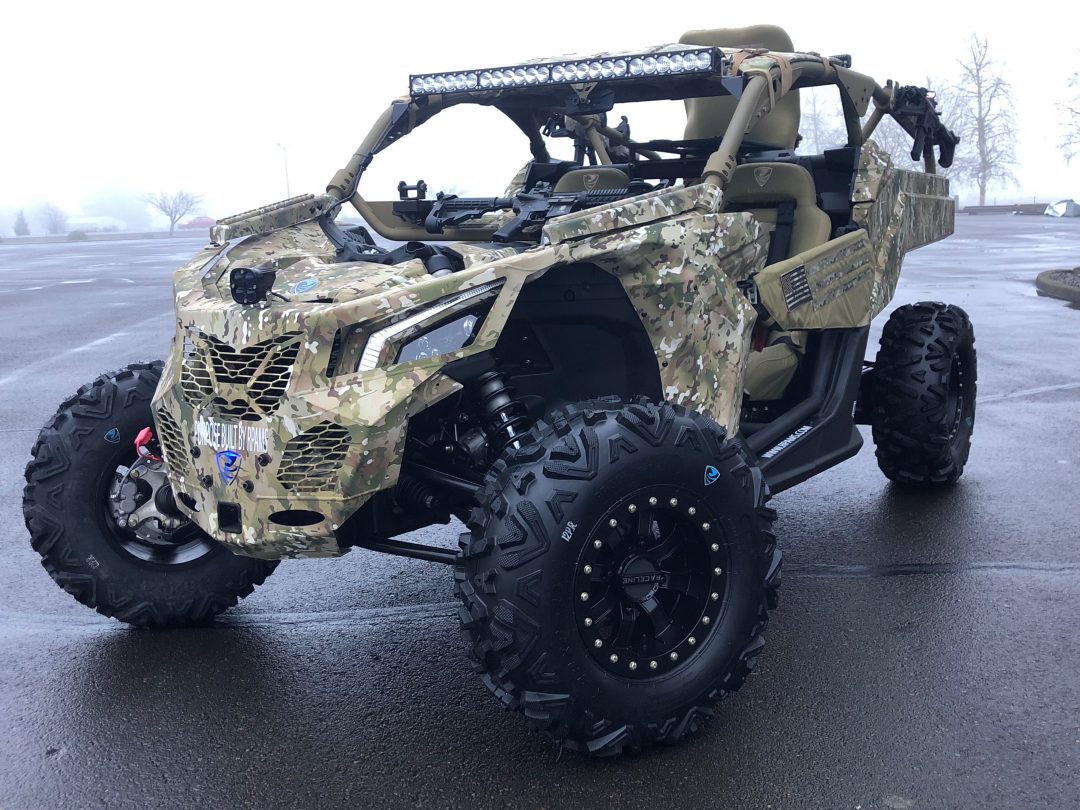 A true stand out, jaw dropping, show stopper. That’s the reaction expected from the Strike-X BFSIIITM X Edition in its debut appearance at the NSSF SHOT Show on January 23rd in Las Vegas. With the collaborative efforts of RP Advanced Mobile SystemsTM (RPAMS) and Franklin Armory® this vehicle isn’t just a one-of-a-kind eye draw … It’s built with the durability, reliability and gun power to match!

McMinnville, OR & Minden, NV: Attendees of the Annual NSSF SHOT Show on January 23rd will be some of the first to see the high performance, built for combat Strike-X BFSIIITM X Edition. With the discreet, easy-access Franklin Armory® firearms – one of which is mounted to a Paradigm SRP TALON Gyro Stabilized Weapon System – and the tactical UTV upgrades of RP Advanced Mobile SystemsTM, this UTV is built for combat in any environment, across any terrain.

“The Strike-X BFSIII™ X Edition is the perfect platform for showing our wide array of tactical firearms and the versatility they provide. With everything from our compact PDW to our new long range 6.5 Creedmoor Militia™ Rifle, this vehicle has it all.”

Of course, in order to properly display these high performance guns, Franklin Armory® needed a partner that matched their enthusiasm for excellence, which led to the collaboration with RPAMS.