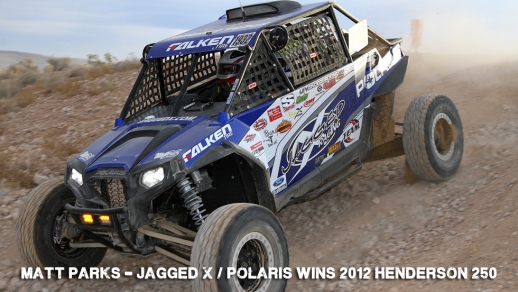 RANCHO CUCAMONGA, CA – Falken Tire, a critical high performance choice for driving enthusiasts on pavement and off-road, scored two wins as well as second place with Polaris Racing’s Jagged X, the largest and most successful UTV racing team in North America, in the Henderson 250, a part of the demanding Best in the Desert race series. Created and hosted by the City of Henderson, NV, the 2012 Henderson 250 marked the 11th year for this race. The start/finish line, as well as the course and spectator areas were located in nearby Jean, NV.

“We had a great race,” stated Jagged X’s Matt Park. “We started nearly last and just picked our way through the pack. By the beginning of the third and final lap, we were in first place and brought it home.

“The Henderson race has a wide variety of terrain with lots of rocks, sand, silt, hard pack and even a section of pavement,” Park continued, “and our Falken WildPeaks were flawless; zero flats and excellent traction all day. The only way we could have done better would be to have entered more cars!” “It was another great event, thanks to the Best in the Desert folks,” added Nestor Cabrera, Falken’s Off Road Supervisor. “It was great to again support Jagged X. The team has incredible determination and focus.”

“Falken continues to expand its involvement in off-road racing,” said Nick Fousekis, Falken’s Director of Motorsports and Customer Events. “We’re always excited about this event, and what a great way to cap our year in motorsports. We’re looking forward to future collaborations between our WildPeak line of tires and a number of off-road teams as we quickly move into 2013.”

With an aggressive stance for maximum traction, the WildPeak A/T stands out from the crowd, featuring a symmetric five-rib pattern and rigid block designs allowing for exceptional on-road response and optimized off-road handling, coupled with two stiff, extra-wide steel belts for stability. The tire is offered in today’s most popular original equipment sizes in metric and LT metric with choices of 15- to 37-inch wheel diameters. 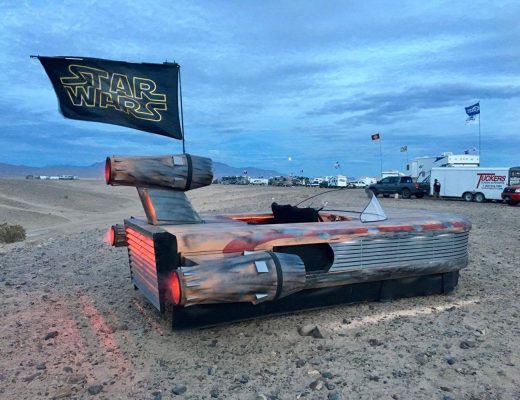