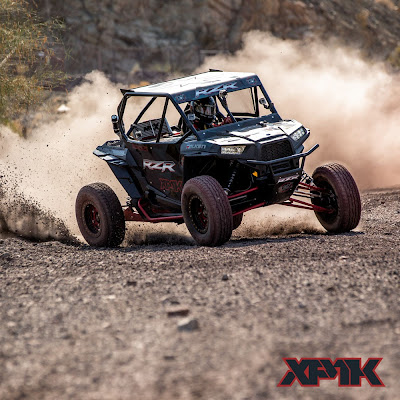 The seven-and-half-minute video— described by the Mad Media team as “a blitz of off-road action and on-the-edge driving”—had its worldwide release Aug. 5. The project features off-road racing champ and Polaris Factory Driver R.J. Anderson piloting the special vehicle through a series of off-road, “jaw-dropping stunts set against the spectacular backdrop of an abandoned iron mine in the California desert,” according to Falken.

Mad Media is best known for producing the popular Ken Block Gymkhana series of viral videos. For the production of “XP1K,” Mad Media teamed up with UTVUnderground.com and tapped a team of off-road racing experts to build two custom Polaris UTVs. Falken was asked to supply sets of custom-grooved WildPeak tires, sized 235/75R15, for the vehicles.

“When Mad Media contacted us about the project and asked for our participation, we jumped at the chance,” said Nestor Cabrera, Team Falken’s off-road supervisor. “A lot of time and sweat went into building these vehicles, and the results—what you see in the video—are incredible.”

“XP1K features a barrage of over-the-top stunts and dynamic precision driving, and RJ absolutely hung it all out for this project,” Matt Martinelli, XP1K co-director and Mad Media CEO, added. “There are dozens of remarkable and dangerous shots in this video that rival anything ever captured on film.”

The new video release is timed with the launch of the 2014 Polaris RZR XP1000, the latest generation of the RZR vehicle platform that Polaris has perfected over many years of production.
“As Falken Tire continues to expand our presence in off-roading, we want to activate our brand in the most dynamic and unique ways possible,” said Nick Fousekis, Falken director of motorsports and consumer events. “The XP1K video is one of those opportunities and we’re glad to be a part of it.
“The WildPeak is just one of the players that lends to the incredible level of participation and excitement that comes from the recorded footage.” 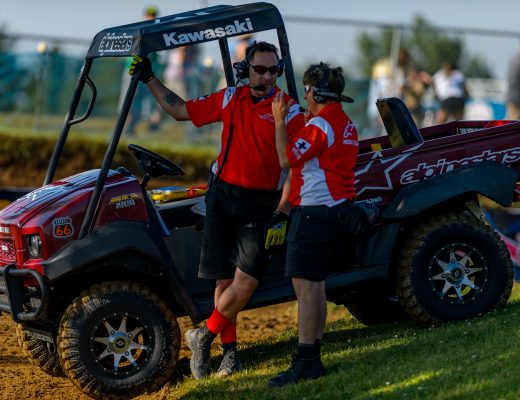