DRAGONFIRE TEAMS CASH IN AT THE MINT 400 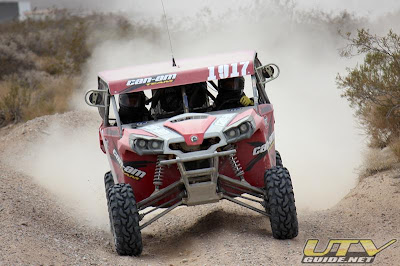 Murray Motorsports And DFR/Rockstar Women Win!
Mesa, AZ – March 30, 2012 – Billed as “The Great American Off-Road Race,” The Mint 400 made history this year as UTV classes were included for the first time. DragonFire celebrated with wins in both the Pro SxS class and the UTV Sportsman class. Having a well-deserved reputation for being both the toughest and longest off-road race in North America, the miles of whoops, rocks, ruts and silt made for a case of survival of the fittest among the 30 UTVs to start the race. As dirty as it was, DragonFire-equipped teams cleaned up, finishing 1-2 in the Class 1900 Pro Side By Side. Derek Murray piloting the #1917 Murray Motorsports Can-Am Commander drew the 18th starting place in Pro SxS, having to eat the dust of 150 competitors in other classes. However, by the end of the first 93-mile lap, Murray had moved up to third place, and after a quick driver swap, Jason Murray brought the 1000cc machine across the finish line in first. “Murray Motorsports would like to thank our sponsors for the wonderful support,” says Derek Murray. “Especially DragonFire for making some of the industry-leading accessories needed to push more power out when you want to go fast!” 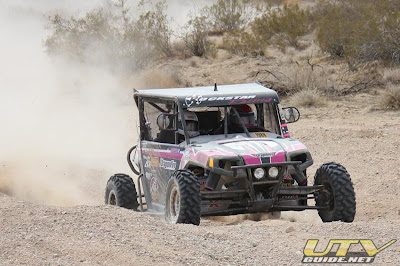 In an even tougher battle, Sportsman Class racers Lacrecia Beurrier and Corina Fallon started dead last in the Rockstar Racing/DragonFire RZR800, behind a slew of bigger displacement 900s. A navigational error in the first loop made matters worse; “I made a wrong turn somewhere around mile 10,” says Lacrecia. “Some guys in a broken Trophy Lite were nice enough to point us back to the track… I’m sure they thought we were complete idiots.” Despite the wrong turn and a flat tire, the team completed the course in tick over 5 hours, 16 minutes – good enough for first Sportsman and 4th Overall! “Thank you to my husband, Eric, for building us such a tough car. Thank you to my crew for their fast pit stops, my son Trevor for putting up with his mom racing and thank you to our newest sponsor, DragonFire Racing,” says Lacrecia. “We are hoping for even better things to come!” Want to build a vehicle tough enough and fast enough to win the Mint 400? Click on www.dragonfireracing.com to see all the DragonFire go-fast goodies! Don’t forget to visit DragonFire on Facebook to Feel The Heat!

FEEL THE HEAT! The name says it all! DragonFire continues to crank up the heat when it comes to the best products in the UTV business. DFR has everything from engine and suspension components to bolt-on accessories! We feel your passion, so when you think of UTV parts and accessories think of the Dragon… and feel the heat! 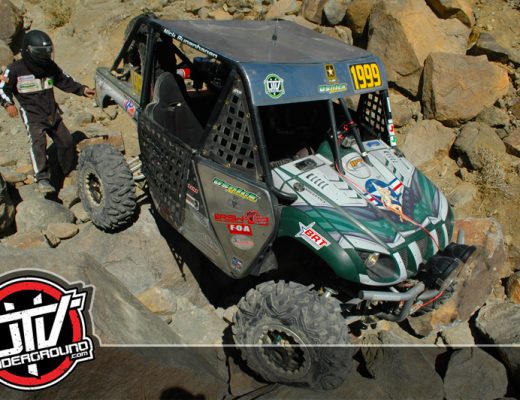 Rob Usnick never gives up at KOH, and wins contingency prize from SXSPerformance.com for his effort