Mesa, AZ – March 1, 2012 – In addition to being the defending WORCS and GNCC UTV class #1 plate holders, DragonFire is better known for their off-road race cars including Brad Etter’s Class 1500 car in the Best In The Desert Series. But now DragonFire is teaming up with Rick Ware Racing (RWR) and going stock car racing! The Sprint Cup and Nationwide Series cars of Timmy Hill and Blake Koch will be flying the DFR colors this season.
Nationwide Series “Rookie Of The Year” last year, Hill makes his Sprint Cup car debut this weekend at DragonFire’s hometown race in Phoenix. “Competition is what DragonFire Racing was founded on,” notes DFR General Manager Scott Highland. “And we are certainly proud to be affiliated with RWR as they pursue some of the highest forms of racing in the world. Of course, having the DragonFire logos on the cars this weekend will certainly help with our cross-over marketing efforts to the NASCAR demographic.”
Billed as “The Biggest Little Team in Motorsports,” look for the RWR cars to be in contention all season as Hill finished in 7th at the Nationwide season opener in Daytona and Koch came in with a top 20 finish as well. Although he was just edged by Hill for rookie of the year honors last season by a single point, Koch earned five top 25 finishes in just his first 10 Nationwide races… a feat achieved by an elite group of racers, including Kasey Kahne, Tony Stewart and Dale Earnhardt, Jr. Koch will be driving the #41 RWR/DFR Ford Mustang at the Bashas Supermarkets 200 this weekend in Phoenix. Meanwhile Hill will be racing the #37 Ford Fusion in the Subway Fresh Fit 500 at Phoenix Raceway this weekend.
“We raced motocross together growing up in Texas and Rick Ware is a lifelong friend of mine, but I was still blown away when he gave DragonFire the opportunity to be a part of his stock car efforts,” says Highland. However, Ware believes it makes good sense to cross-market with DragonFire and he has reached out to the powersports industry in the past, including championship winning Arenacross and X Games efforts.
“Rick has channeled his own racing experience to ownership and developing sponsors and fans in a wide variety of markets, allowing avenues to create ‘added value’ to the volume of events that differentiates RWR from other teams,” explains Highland. “In this economy, you have to think out of the box,” adds Ware. “Partnering with DragonFire’s championship winning UTV efforts definitely fits our business model!”
Speaking of business models, the NASCAR sponsorship is just one of the ways DragonFire is calling attention to its expanded range of innovative new products for the 2012 season, says Highland. “Competition of any kind is in DragonFire’s DNA! Racing has led to the development of our FireBreather kits and the all-new HiBoy and LowBoy doors… just a couple of the hot offerings we have for this year.” Click on www.dragonfireracing.com or visit DragonFire on Facebook to Feel The Heat! 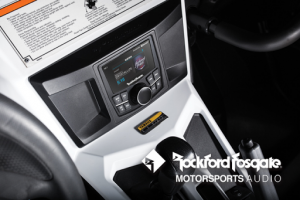