There is nothing like Halloween at the world famous Glamis Sand Dunes! Thousands of UTVs poured into the California desert to celebrate this one-of-a-kind party! DragonFire was in the heart of the action all weekend long, splitting time between rides out to Competition Hill, the Sand Drags, Oldsmobile Hill, TerraCross, Camp RZR and most importantly at the American Sand Association display. From trick or treating, giveaways and exploring the dunes to full blown racing action, there was something for everyone.

DragonFire was based at the ASA booth, providing support and helping spread the
word to help protect our right to ride. This subject is very near and dear to our hearts, so we once again have teamed up with ASA and RideNow to build a special Polaris RZR Turbo that will be raffled off at the 2016 Sand Sports Super Show. Emily, Miss DragonFire, worked the ASA display and we also brought down our ReadyForce Ranger Crew to pull stuff around and be on display for everyone to enjoy.

The main objective of the ASA is to raise money to help prevent the Imperial Valley riding areas from being shut down. Because of their efforts, an additional 40,000 acres of riding recently opened back up, but there is still much more to do. DragonFire is happy to help support such a noble cause.

Of course it wasn’t all advocacy work! We also had DragonFire-sponsored athlete Lacrecia Beurrier representing the brand in the best way she knows, on the race track! Competing in the TerraCross Ladies class, Lacrecia stepped out of her comfort zone and into the extreme action of short course. Going out just for fun Lacrecia was dead set on putting on a show… and that she did! Putting her Polaris RZR on its lid a few times and mixing it up with some of the seasoned short-course vets, she had the crowd cheering her on and had a great time.

Speaking of a great time, if you have never been out to Glamis and experienced one of the best riding areas in the world, we highly recommend it! In the meantime, be sure to check out the ASA to get a raffle ticket for the trick RZR XP Turbo and find out how you can help protect everyone’s right ride for years to come. Huge thanks to Polaris and the Camp RZR staff for letting us be part of this epic event. We can’t wait till next year! 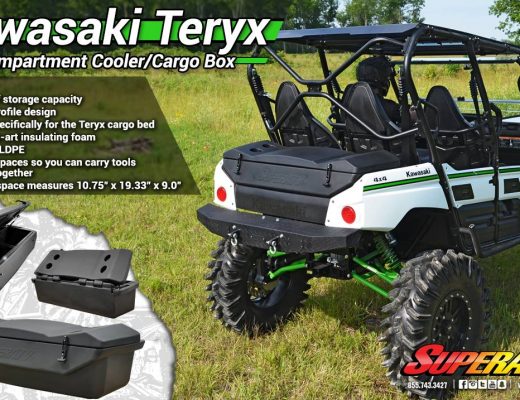