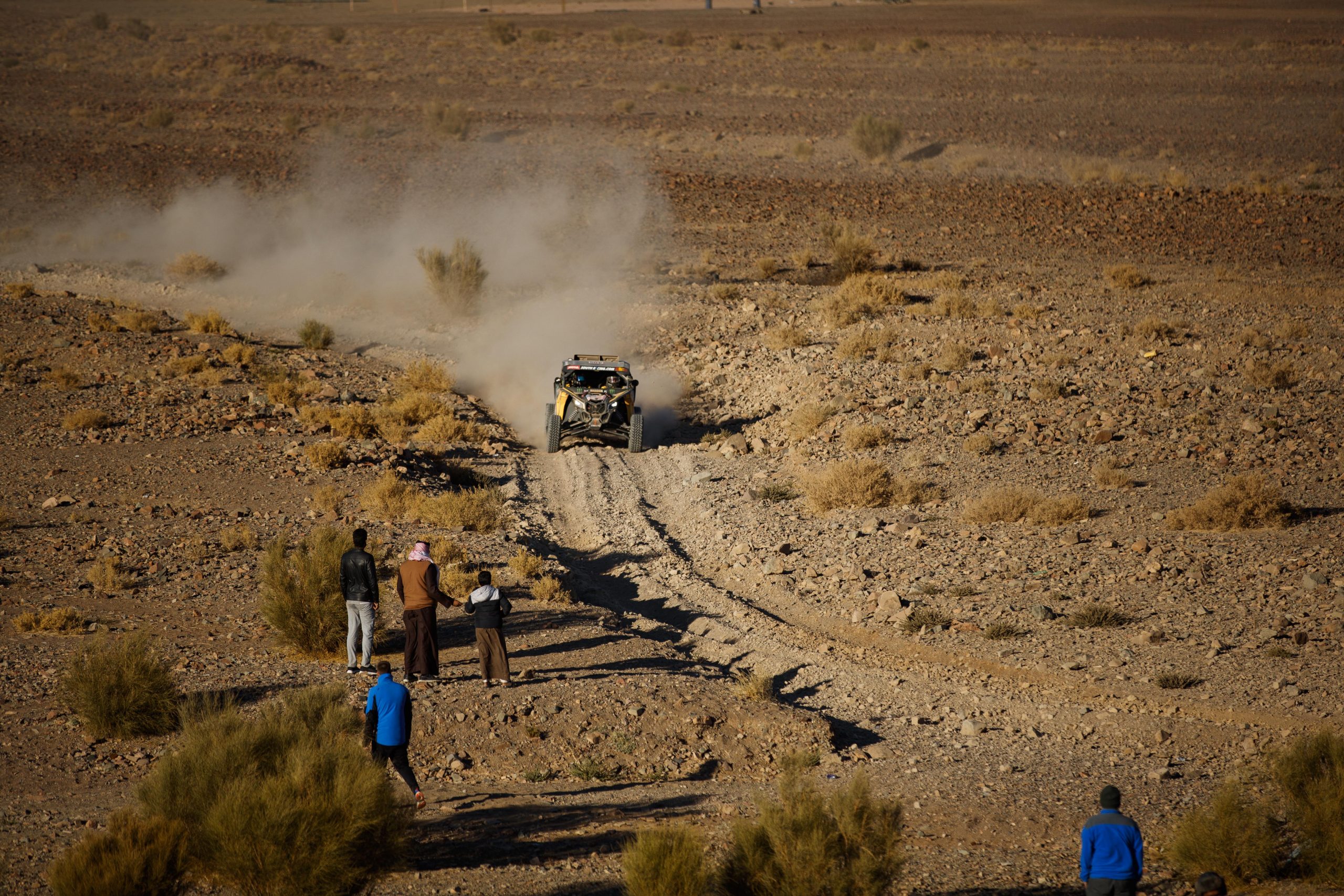 Stage 3 was the first loop stage for this years Dakar, giving the assistance teams a break from moving the bivouac setup. Racers started right at the bivouac with the top bike riders retrieving their bikes from Parc Ferme for the second half of the super marathon. This stage reached the highest elevation of the rally at 1400km roughly 5000 feet. Being that they started and finished at sea level, there was a lot of elevation change during the stage. 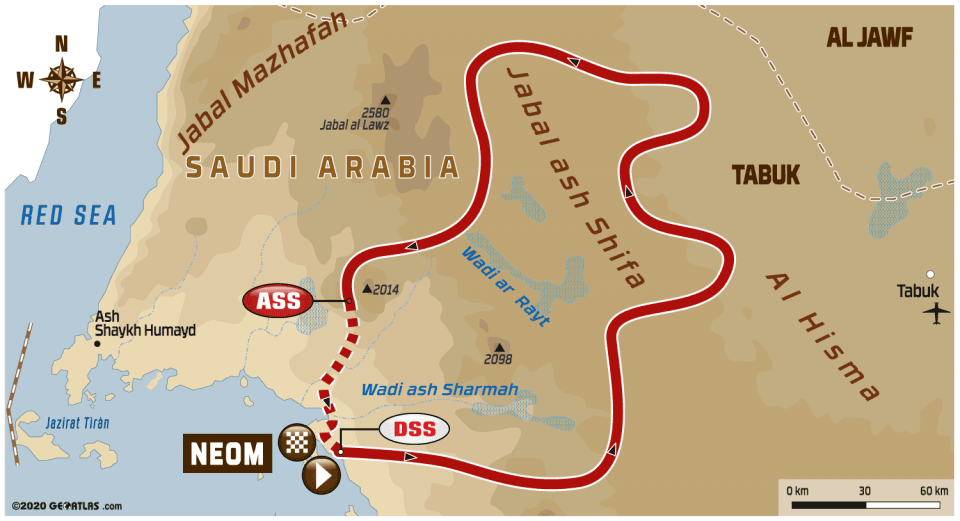 “The circuit from the future mega city of Neom is a real gem. Taking competitors to the border with Jordan, the rally offers a series of canyons and mountains to explore on a carpet of sand. During this special stage, the Dakar will reach its highest point at an altitude of 1400 meters.” – Dakar 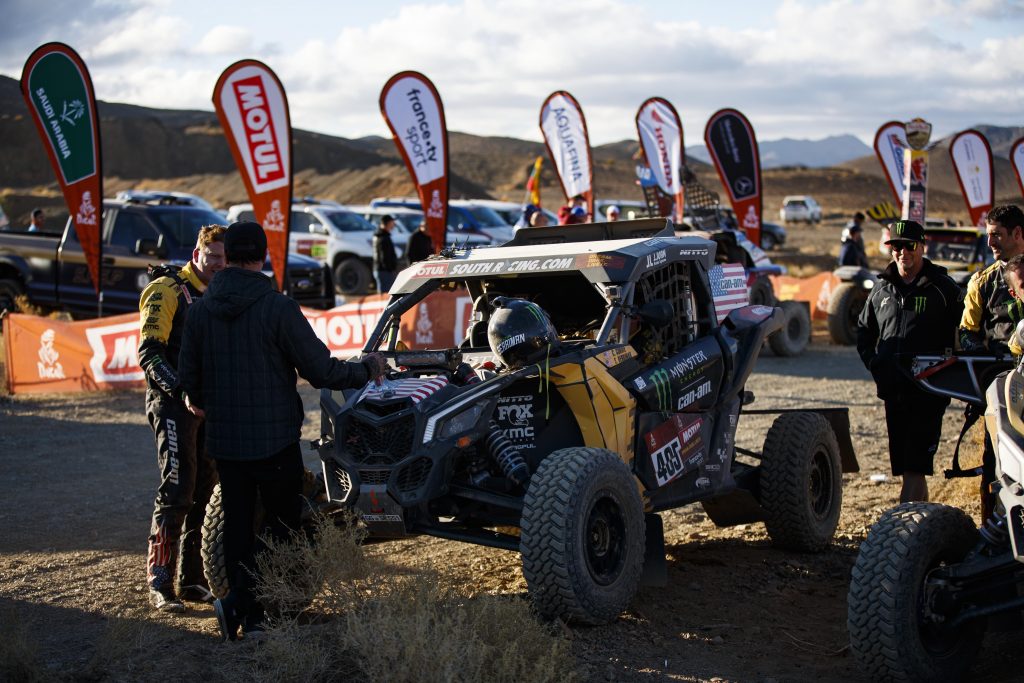 Casey and Sean started the day 53rd overall of all vehicles and was 5th SSV on course. Right off the bat there was a ski jump less than a kilometer from the start line. Trucks, bikes and cars took turns launching into the desert. Casey took the more conservative route opting to think about the 10 days ahead rather the 15 seconds of photo and video glory. 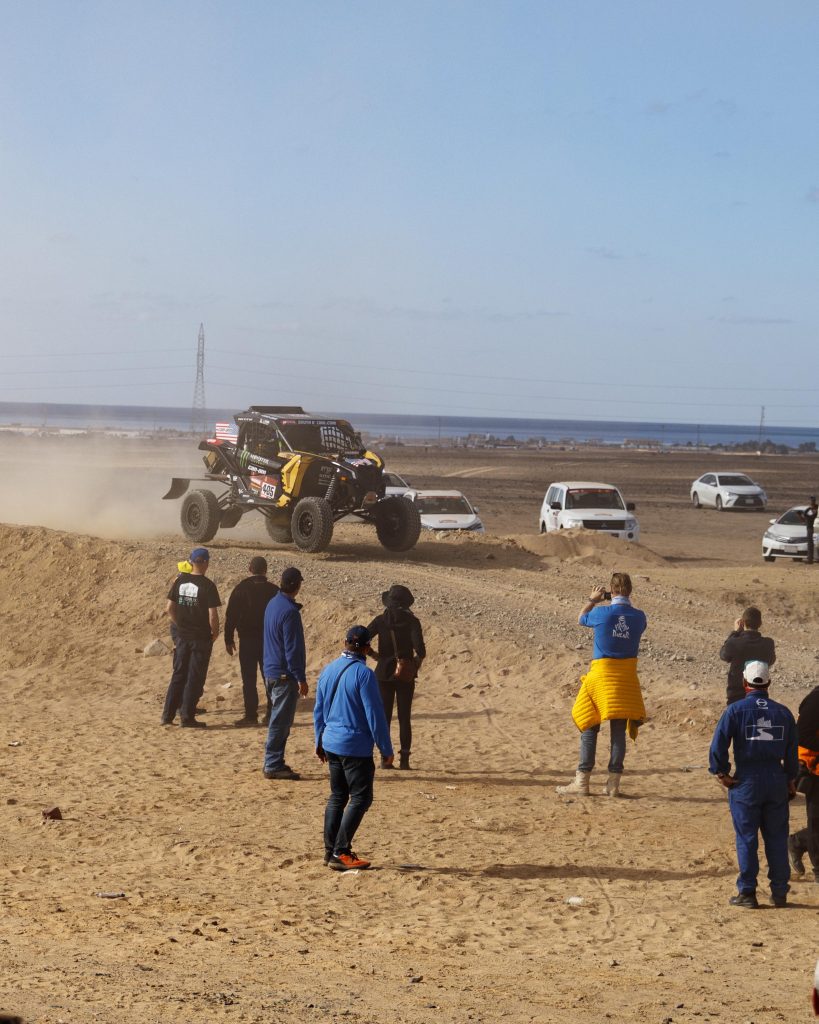 This stage would start off like the last stage with the top guys staying close together on time. Casey was 5th only 52 seconds off the lead SSV at km 43. He would start to gain ground and move up to 2nd on corrected time at km 101. Overall leader Francisco Lopez Contardo would lose time, dropping back about 4 minutes allowing Casey to gain on the overall. As the Stage would go on Casey managed to push himself into the lead at KM 352 but another flat tire would take away his first Dakar Stage win. He finished 1m 37s off the lead and Contardo would actually lose more time and would push Casey into the SSV overall going into Stage 4.

Fellow American, Ricky Brabec would take the win on the bikes and now leads the overall as well. 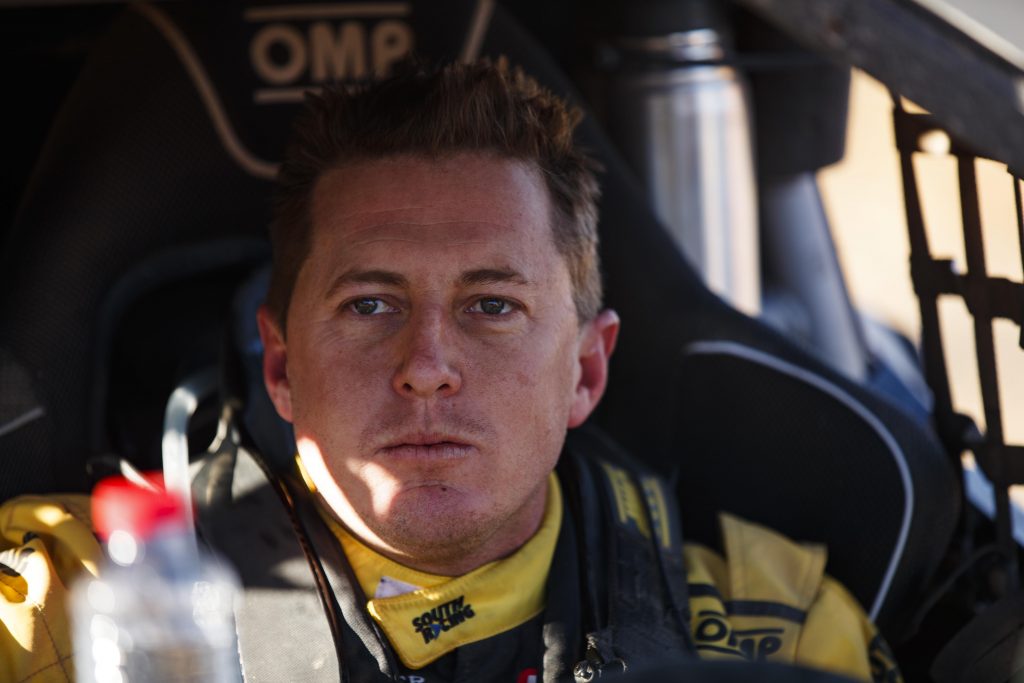 “Day 3, it was a killer day, we pushed hard! In the beginning it was rocky and up a crazy mountain and then we got in these epic sand dunes with big berms. It was the most fun terrain you could ever want to be in while in a Can-Am. We had a blast, then 50km from the finish I got a flat tire. Kind of threw my day away, I feel that we had it all day long. I’m just disappointed in myself. I can’t be that mad cause now we are leading the Dakar Rally. It’s pretty crazy that only in my second year I feel like we have a chance at winning this thing. We just need to keep pushing and do what we’re doing.” – Casey.

The rally now heads inland to the city of Al Ula. It’ll be a long 672km stage that is rumored to be very technical for drivers. 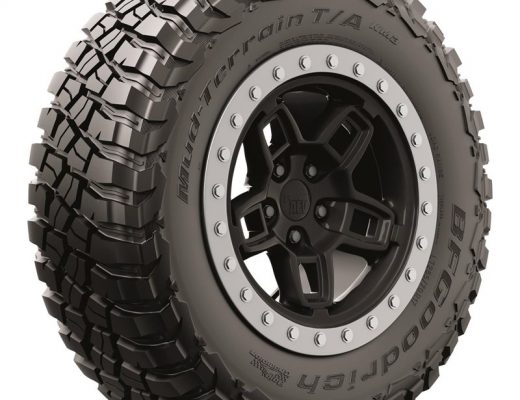 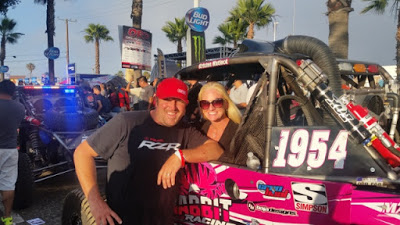