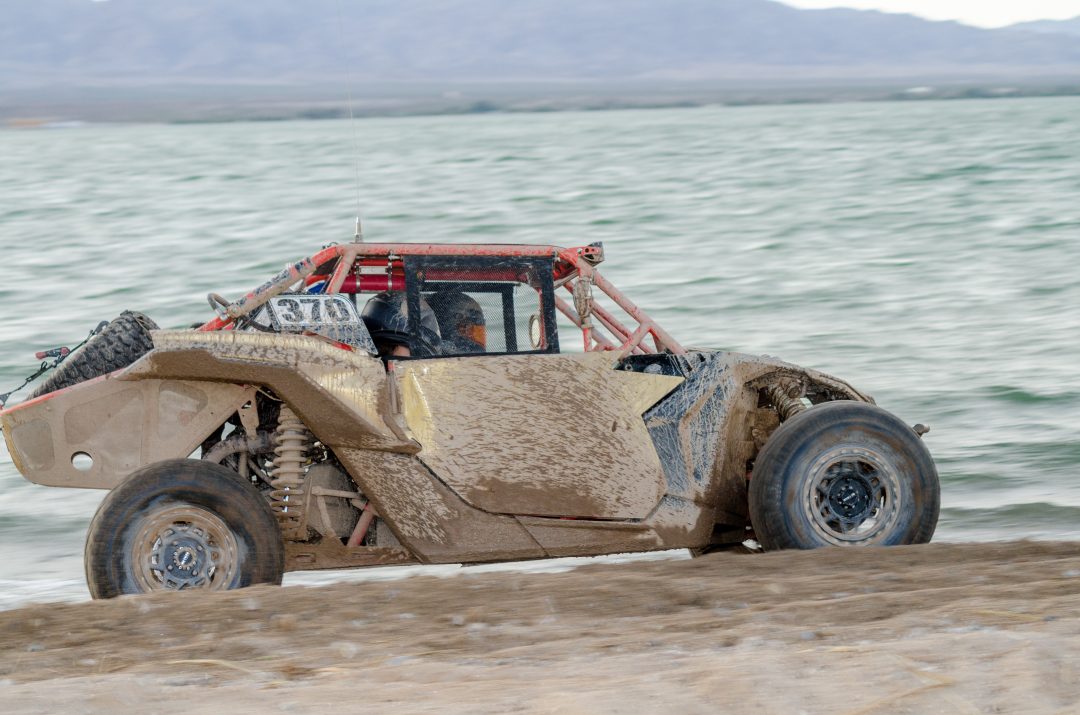 Written and Photographed By Jonathan Barrett

Lake Havasu City, Arizona; home to the most scenic track in the state. Located next to Crazy Horse Campgrounds, the privately owned closed course is sought after by WORCS, Big 6, and now AZOP. The round 11 stop, sponsored by Peoria Ford and River Rat Motorsports, was the most scenic of the season as racers lined upon the starting line facing the beautiful Lake Havasu and raced along the shore. With a mild 80 degrees, the entire weekend felt comfortable with a breeze blowing off the lake. The UTV 170’s came out swinging, with tight racing between all the racers. Ultimately it came to Lucas Johnson taking the win in his hometown with Ashton and Rhyland Stowell taking second and third. Ryder Wilson put down six laps on his first race ever in his brand new 170 and finished eighth. The UTV 570’s were next, with Hailey Hein of Hein Racing taking the win three minutes ahead of Ellie Koester, and Zach Anderson took third, one lap down. Grace Vinagro, Riley Hein and Kasyn Matthews all finished very close for fourth, fifth and sixth. Rounding out the day was the UTV’s, racing with the afternoon sun glistening off the lake. The Lake Havasu native jacob Spitz took his Polaris RS1 straight to the top spot, easily navigating the tight track in the single seater. Nick Hatcher also brought out his RS1 and took second, utilizing the smaller wheel base and light weight to fly through the jumps and tight turns. Rounding out the Pro podium was Tom Wilson’s Can-Am. in the 900cc class, Clay Winiecki took the win ahead of Chase De Sousa Dias, both running Polaris 900’s. Robert Olander blasts through a sand corner in his YXZ 1000r

In the 1000cc Non-Turbo class, it was all Hailey Hein with Hein Racing in her Polaris 1000 taking the top spot. Second and third went to Jeffrey Garrity and Kidy Winiecki, running Polaris and Yamaha YXZ. The 1000cc Turbo class was won by Kali Kinsman inher Can-Am, followed by Brian Jackson’s Polaris and Bruce Kennedy’s Can-Am.

The Havasu Havik Grand Prix was the most scenic race of AZOP’s season, with the rare opportunity to race along the shoreline and jump a lagoon. Thanks go to the Lake Havasu City for inviting AZOP to run their event at this beautiful track. Next race is November 17-18in Gila Bend, Arizona. More info at AZOPRacing.com.

Coastal National Guard Ironman GNCC Side by Side Race Report

@off_the_grid_expeditions ripping along the Pacifi

@cameron_steele16 getting his first taste of the r

35-inch @itptireswheels Coyote tires getting it do

@huntermiller90 ready for the first race of the WO