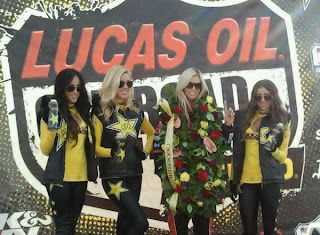 Chandler, AZ (12/13/2011) When the green flag dropped at Round 15 of the Lucas Oil Off Road Race Series, held at Firebird Raceway in Arizona this past weekend, Corry Weller launched into the LOORRS history books as the first woman racer to win a championship in what is considered to be the most competitive short-course racing series in the country.
With enough of a points lead going into the last round, Weller just needed to start her race to seal the deal for her first championship, and she did it with plenty of drama!  After a full initial restart, Weller shot into the lead in the first turn, and didn’t hesitate to leap the giant step-up jump that Firebird Raceway is known for.  However, when her previously weakened front end hit the landing, the right front a-arm folded in, and she was forced into the cement k-rail that lined the track.  Using gravity and some quick thinking for reverse, she managed to wrestle her SR1 back onto the track, and finished her race as fast as she could, fighting her damaged front-end the entire way.
“We knew we just had to start this race, and we were good,” stated the happy new SR1 champion.  “That step-up is a challenge out here, and it’s a really fun jump, so I wanted to hit it right out of the gate to try and put a lead on the rest of the field.  I think my poor Rhino just had a really long season, and it was all worn out.  It needs a vacation!” she laughed.
Not only did Corry Weller win a championship in the Weller Racing/Tilted Kilt SR1, but her husband, Jason, also won the 2011 Arizona Lucas Oil Regional Series championship in the same vehicle earlier this season.
“It’s hard enough to prep a race vehicle all season for one series – we actually had to prep our SR1 for two series this year.” said Jason, Corry’s crew chief, husband, and owner of Weller Racing. “It’s a great year when you can wrap up two different championships with the same car! It also speaks volumes about the tenacity and dedication of the crew and team behind Weller Racing.”
When she wasn’t on the track or in the stands supporting her fellow racers, Weller could be found at the front of a long line of fans at the MagnaFlow pit, signing posters and autographs for a number of off-road racing enthusiasts.
“This is a whole part of racing that I never even expected,” said Corry. “You just don’t realize how many fans you have sometimes, and it’s humbling.  It also makes you try harder, knowing you have so many people hoping you do well.  I have great fans!”
Join Weller Racing and the rest of the 2011 champions at the LOORRS Championship Banquet taking place at Pala Casino on January 21st, 2012.  For more information go to www.lucasoiloffroad.com.
Weller Racing would like to take this final opportunity to recognize and heartily thank those who have made racing this season possible: The Tilted Kilt, Lucas Oil, Walker Evans Racing, Lone Star Racing, Maxxis Tires, MagnaFlow Exhaust, Simpson Racing, HJC Motorsports, K&N Filters, AEM Electronics, BS Sand Seats, LOORRS, UTV Underground, our fellow SR1 racers and friends, our fans, and our families who have supported us all season long.
About Weller Racing, LLC:
Weller Racing has been at the forefront of development, testing and building some of the fastest performance motors in the UTV industry since 2006.  Based out of Chandler, AZ, Weller Racing provides custom UTV and ATV products for a world wide client base, and is an established name in the world of short course off-road racing.  Duners, recreational riders and racers alike have counted on Weller Racing to provide them with countless hours of fun, and repeated trips to the podium.  For more information, visit their website at www.wellerracing.com,, check out Corry Weller’s weekly blogs at www.wellerracing.net , or call 480-507-4771. 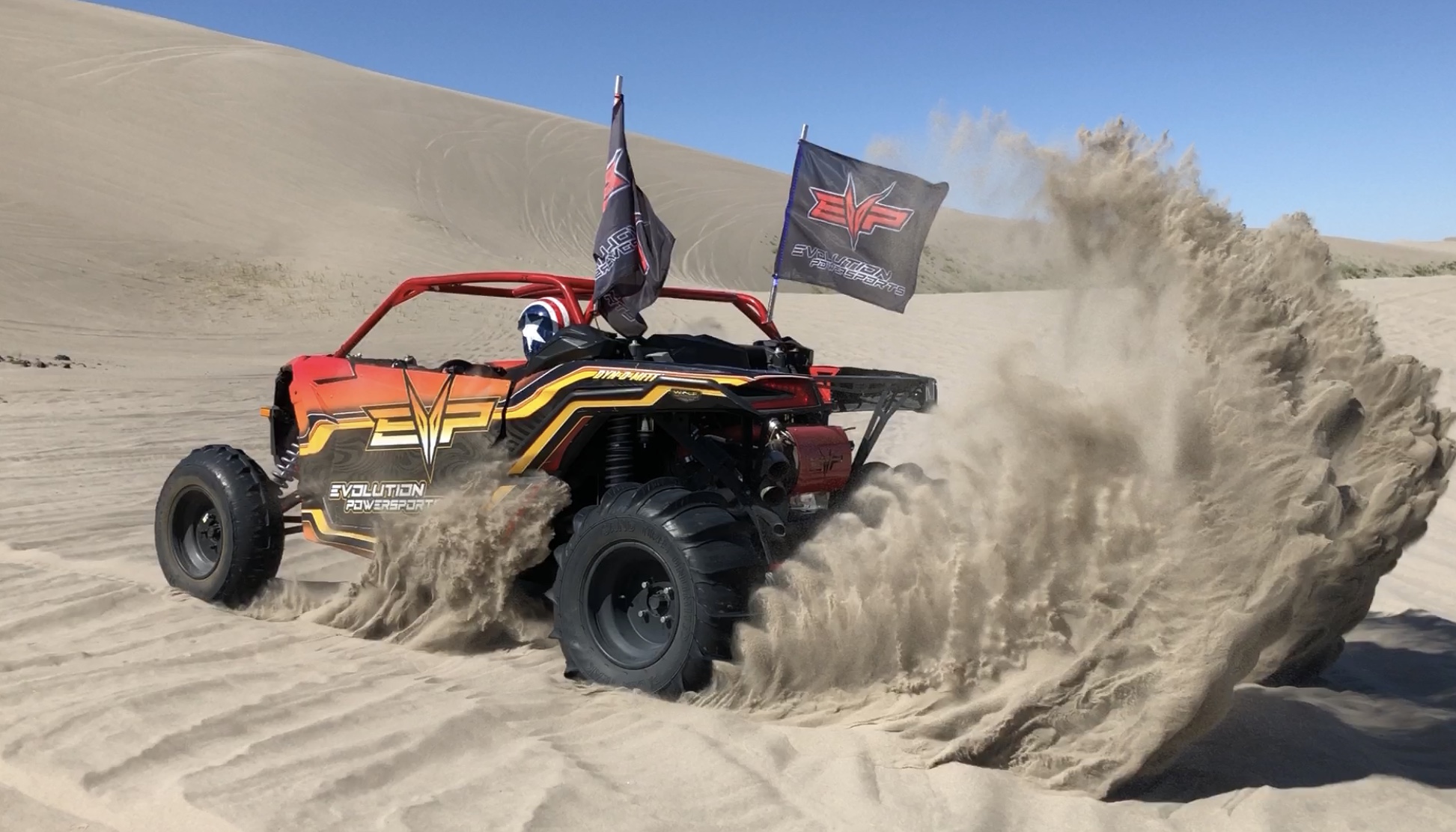