How the U.S. Marine Corps Can Meet Its Training Objectives Without Expanding Into the Johnson Valley Off-Highway Vehicle Recreation Area By Jeff Knoll Johnson Valley OHV Recreation Area Overview The Johnson Valley Off-Highway Vehicle (OHV) Recreation Area, the largest OHV area in the United States, provides a rare opportunity for families to travel via motorized vehicle into the remote backcountry of the California Desert. Johnson Valley was designated an OHV area as part of the 1980 Desert Conservation Plan. Featuring uninterrupted views and unparalleled camping, the Johnson Valley OHV Recreation Area offers a chance for current and future generations to appreciate the wonder of the outdoors. While motorized recreation remains the most popular form of recreation in Johnson Valley, rock, gem, and mineral collecting, model rocket launching, photography and stargazing are other popular activities. The U.S. Marine Corps (USMC) Air Ground Combat Center Twentynine Palms is seeking to expand its base perimeter by annexing most of the Johnson Valley OHV Recreation Area. The proposed action requires the approval of the U.S. Congress. If approved, public access to land that has been a popular destination since the late 1950s would be blocked. The expansion of the Marine base presents a number of issues that were not addressed in the Final Environmental Impact Statement (FEIS) approved in February 2013. This document identifies a solution that resolves those conflicts, namely, adopting the USMC’s “Alternative 4” and making three changes: reverse the direction of maneuvers (to west-to-east), have live fire only on Twentynine Palms land, and retain BLM management of the land via special-use permits. As will be discussed, Alternative 4 provides a balanced solution for achieving the USMC’s training objectives while protecting the economic needs of the local community and land-access needs of OHV enthusiasts. It also provides a common sense financial approach in light of Federal budget deficits. U.S. Marine Corps Need for Expanded Combat Training In 2004, the USMC identified the need to train a brigade-level expeditionary force (about 15,000 troops) for less than two months a year. The USMC considered a number of locations across the United States, but ultimately settled on Southern California as presenting the best opportunity to accomplish the goals detailed in the analysis given its proximity to Twentynine Palms and the Marine Corps Air Station Yuma (MCAS Yuma), Marine Corps Base Camp Pendleton and the Port of San Diego. Although Twentynine Palms it is the second largest military base in the world and three-quarters the size of Rhode Island, the USMC calculated that it was not large enough for the training exercises. The USMC considered six different options for expanding the base. It settled on “Alternative 6,” which would take ownership of nearly 147,000 acres of the adjacent Johnson Valley OHV Recreation Area (a size larger than the city of Chicago). Nearly 104,000 acres of Johnson Valley would be permanently closed to off-roading. Another 43,000 acres, including the unique terrain known as “Hammers,” would be available for dual-use purposes. However, this land could be closed in the future since munitions from live-fire training could make the area unsafe for recreational use. The process for selecting Alternative 6 included the preparation of the FEIS. The Secretary of the Navy signed the FEIS Record of Decision on February 12, 2013 (published in the Federal Register on February 19, 2013). The Marines intend to ask the U.S. Congress to approve a transfer of the BLM land to the USMC within the upcoming 2014 National Defense Authorization Act. The Marine Expeditionary Brigade (MEB) is the USMC’s mid-sized war- fighting unit. It consists of about 15,000 troops along with equipment, weapons systems and aircraft. The USMC’s training requirements for the MEB exercises at Twentynine Palms and Johnson Valley include: Alternative 6 Closes OHV Access The USMC deemed Alternative 6 to be the best available option to meet the minimum requirements of MEB training. Troops would move from east to west and the exercise would culminate in Johnson Valley. The live fire movement of troops is demonstrated in the following diagram with the expansion area represented in red and shared use represented in yellow. (The map represents an area larger than the state of Rhode Island.) The FEIS does not adequately consider the economic impact of the Johnson Valley OHV Recreation Area. Its estimated value is placed conservatively at $71 million annually to the local economy, with a BLM-estimate of $262 million for its national economic impact to the OHV industry. Additionally, Alternative 6 would disrupt one of the few open backcountry opportunities available to motorized recreational users and impede the largest OHV competition in the United States, the annual “King of the Hammers” event which attracted over 30,000 participants for ten days in February 2012. (Only in its seventh year, the BLM estimates that over 50,000 people attended the 2013 event.) Under a provision included in the 2013 Defense Authorization Act (Section 2856 of HR 4310, signed into law January 3, 2013), the USMC was required to submit a report to Congress by April 2, 2013 outlining potential alternatives for sharing the land with the OHV community and thereby addressing potential displacement and economic harm. The USMC issued a report on Feb. 12, 2013 that stated there was no alternative. In addition to economic and access issues, the FEIS fails to address costs to secure the new base perimeter and to insure public safety. The perimeter that the Marine Corps Air Ground Combat Center currently shares with the Johnson Valley OHV Recreation Area is not secured or properly identified, with base incursion being a regular problem. A lack of planning for security coupled with the fact that the area has been used regularly for over 50 years presents a recipe for disaster, including potential legal liability issues. Furthermore, management of the shared portion of the proposal has not been clearly defined. For example: How do you secure this perimeter after 50 years? SOLUTION

Alternative 4 Provides Access for OHVs & Training Exercises The annual King of the Hammers event attracts over 30,000 participants for 10 days during the month of February, a number that continues to rapidly grow each year. The event is staged under a BLM Special Recreation Permit. It generates a significant source of income for the BLM, the Sheriff’s Department, California Highway Patrol, and the local economy. The 2013 King of the Hammers attracted over 30,000 participants under BLM Permit for 10 days. If the private sector has the ability to manage an event of this size in partnership with the BLM, cannot the U.S. Marine Corps accomplish its goals in a similar manner? The USMC proposed Alternative 4 as one of its six options. It provides the key for providing access to the land by all interested parties.
As outlined in the FEIS, Alternative 4 demonstrates that if the Marine Corps reverses its logistical plan from an east-to-west movement to a west-to-east movement (see map below), the early stages of the training exercise could be practiced without live fire. Therefore, a BLM partnership would ensure practical use of public lands. Live fire training could begin when the training exercises reaches the current base perimeter. This approach would allow three battalions to train simultaneously under a BLM permit and meet all objectives outlined in the 2004 MEB training analysis. Under a BLM Permit the area could be expanded to include an even larger footprint than currently requested by the FEIS, allowing greater flexibility in future training. Leaders of the California Motorized Recreation Council would be available to work with the USMC to create an educational program to inform the OHV community of training exercises and also help secure the perimeter during permitted exercises. There are ample precedents in which the military has leased land from other federal agencies. For example, the Marine Corps has a permit from the U.S. Forest Service (USFS) for 46,000 acres of USFS-managed land near Bridgeport, California for its mountain warfare training center. The Oregon Military Department has a 30-year lease with the BLM for 31,300 acres of BLM-managed land near Bend, Oregon. The permit approach allows the Marine Corps to:
With federal budget cuts threatening our military forces, it remains unclear if the USMC will be in a position to acquire and manage the Johnson Valley OHV Recreation Area, let alone field the troops for training exercises. Nevertheless, the OHV community has worked tirelessly to develop a solution that addresses the needs of the military, along with the local and OHV communities. The OHV community stands ready to work in partnership with the USMC to implement the solution.
Save Johnson Valley Coalition The California Motorized Recreation Council (CMRC) is the umbrella organization for the eight largest OHV groups in California. The following groups are represented in the effort to save OHV access to Johnson Valley.

The CMRC has been joined in the “Save Johnson Valley OHV Recreation Area” effort by a number of other organizations including the Americans for Responsible Recreational Access (ARRA), Motorcycle Industry Council (MIC) and Specialty Equipment Market Association (SEMA). 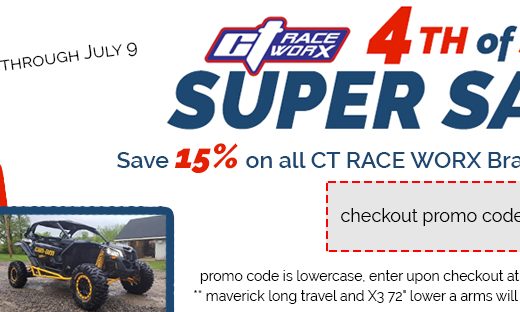