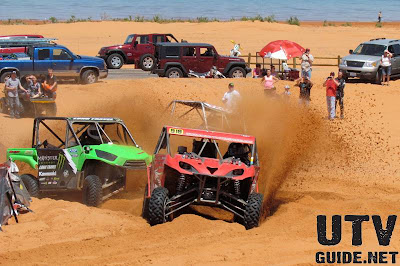 Round 4 of the WORCS 2013 season took place on a brutal, roughly 13 mile course laid out in the awesome area of Sand Hollow ORV park in Hurricane Utah scheduled for 2 laps. Heading to this race the rumor was it was all sand dunes, but the sight lap on Friday was a rough surprise! Huge whoops on one lane sand roads, rocks all the way up goat trails, and gotchas hiding out just under the surface of the sand in the dune area. Half of the 13 mile course was one lane, no room for passing unless a competitor was willing.

One of those sneaky rocks punctured a rear tire on the practice lap Friday, so the only spare tire was consumed before Saturday. On race day, the course was twice as rough as the practice lap on Friday. Quads were being swallowed up by the huge holes and whoops before the SxS race even started.

As the green flag whipped into view of the 11 car wide 850 class start, the Cognito Kawasaki Teryx ripped into the lead with a holeshot into turn 1 that would send sand flying! The first 6 miles were single lane, and none of the 1000 class racers seemed to want to move over for anyone, once the lane broke into the dune area, driver Justin Lambert sped past some 1000 class cars and had a nice battle going on with fellow racer Nolan Remlinger in his Teryx. Before the end of the first lap Justin would hit a rock while passing a 1000 car that refused to move over, thus letting Nolan get away in the lead. Justin decided to keep going on a flat tire for the remainder of the first lap and the entire final lap of the race. The course was so brutal that just taking it slow and steady might work out to a descent finishing position. 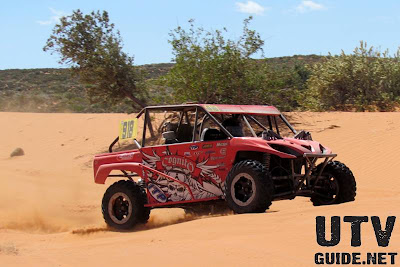 With a left rear flat and the rim banging on rocks, an axle failure was in the front of Justin’s mind, slow and steady was the plan, still holding 2nd place until passing Nolan on the side of the road putting out a fire. There were still 8 miles to go, slow brutal miles but at this point the Cognito car was in first place and that finish seemed to be in reach. After a few more miles on the single lane road, another 850 class car would finally catch up and pass for the lead. Finally the sand dunes broke out and the Teryx was able to move quite a bit faster until the goat trail section that was very rocky slowed Justin back down. The third place car started getting closer and Justin decided to roll the dice on holding that 2nd position, all the way to the finish Justin drove just hard enough to stay in 2nd and prayed to avoid a failure that could cause a DNF. The checkered flag was thankfully reached with shreds of a tire still holding on as The Cognito Teryx of Justin Lambert took a hard earned 2nd place!
Thankfully there are great photographers out there to capture the action as shown in the attached pictures; photo credit goes to Seth Fargher of www.UTVGuide.net 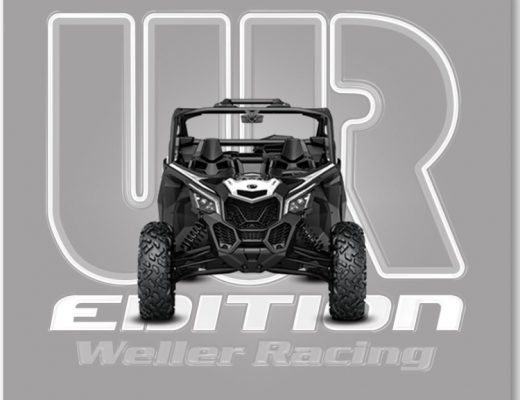