Minneapolis, Oct. 19, 2015-Driving his Polaris-sponsored RZR XP 1000, Cody Rahders took a second-place finish in Round 7 of the Lucas Oil Regional Series and won his second consecutive Production 1000 class title. This is Rahder’s fourth title in three years at the Regionals and seventh since he started racing side-by-sides in 2007.

Starting in the qualifier, Rahders didn’t take any chances and ran easy laps where he qualified third for the main however, he missed post qualification tech and was moved to last place for the start of the main.

“Brain fade. I was thinking about how I should race going into the main and drove right past tech, the penalty made the decision for me,” said Rahders.

Starting in last place for the Production 1000 main event, as the pack pushed wide into turn one, Rahders took the low line and passed four cars right off the start. By the end of lap one, he was eighth, end of lap two he was in fourth and by lap six, he was in second.

As the laps wore down, Rahders made a move for the lead but with near contact in a couple of the turns he decided to wait for the last lap, ride the leader’s rear bumper and hopefully force a mistake. The mistake never came and Rahders finished nose to tail with the race winner over the finish line.

“That was the most fun I’ve had in a long time! Starting last was a relief, I would have started third but instead to playing defense for 12 laps I got to drive relaxed, work the pack and hope my momentum carried me to the win,” said Rahders. “Once the second place in point’s car broke I wanted the win but didn’t have to anymore so I just kept the pressure on the leader hoping to force a mistake. In the end the title was more important.” 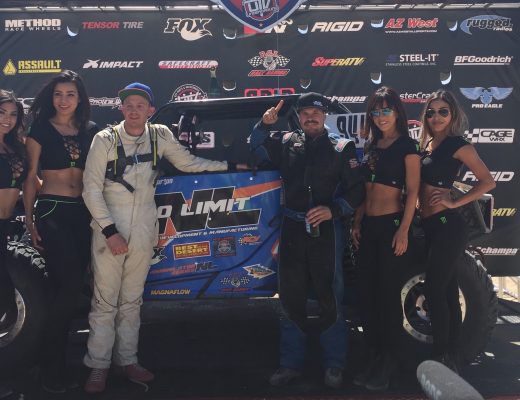