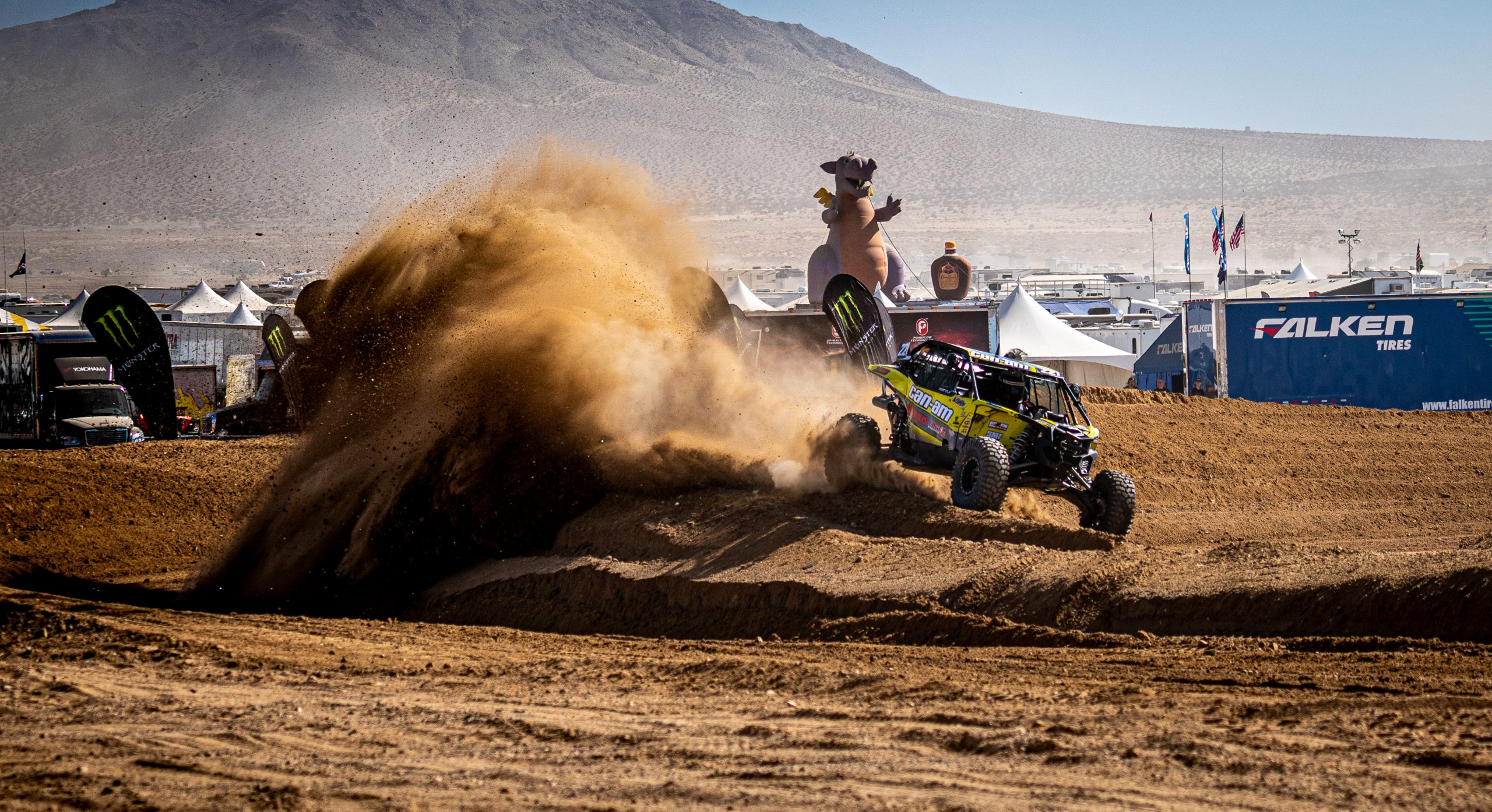 Cody Miller races a Can-Am Maverick X3 and competed in Sunday’s running of the Can-Am King of the Hammers UTV race where he placed 9th after experiencing a few mechanical issues. Cody finished the WORCS racing season with a Championship and raced King of the Hammers for his first time this year.

On Saturday, Miller set the fastest qualifying time for the Can-Am King of the Hammers UTV race with a time of 2:41. His brother Hunter set the second fastest time and started next to him on the pole for Sunday’s race.

During the race on Sunday, Cody would suffer a huge setback when a rear shock bolt broke just 2 miles into the race.  Fixing the broken bolt with his co-dog cost them valuable time and he fought back through the pack and managed to finish the race in 9th place. 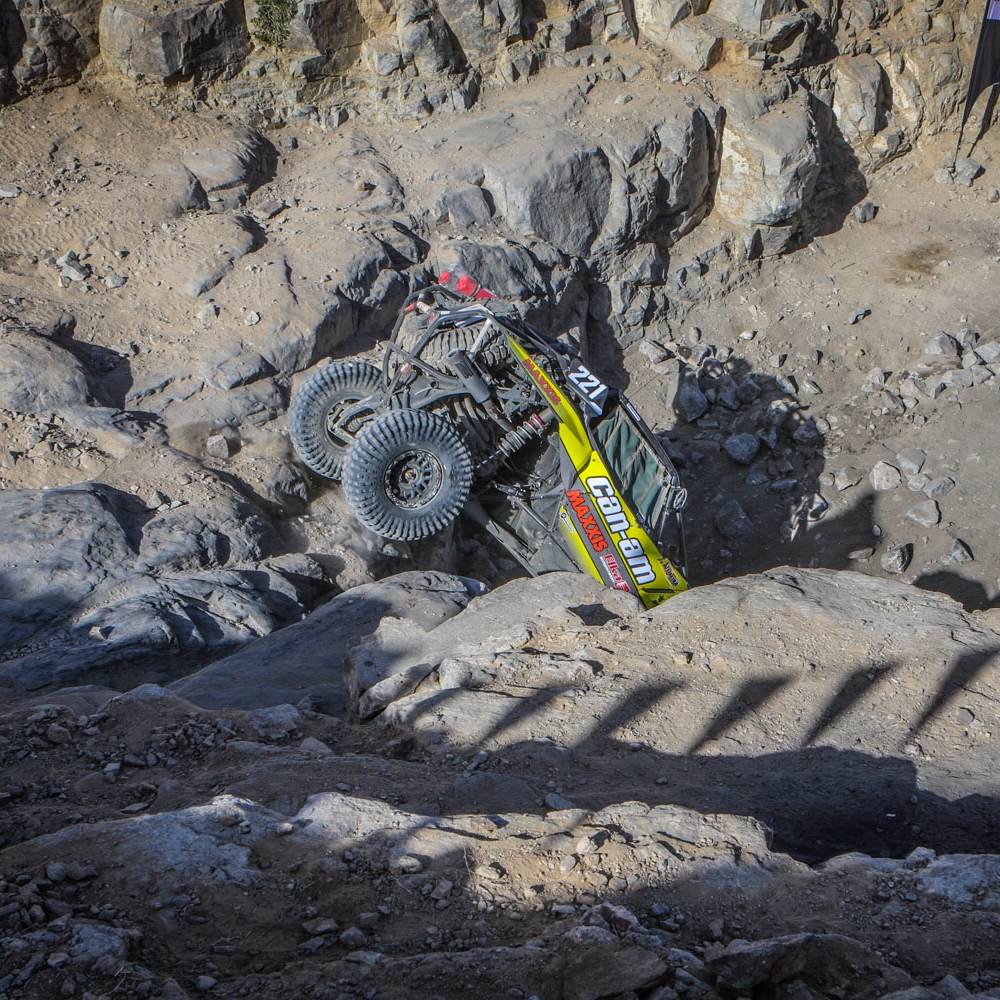 Cody’s brother Hunter would take the win in a historic sweep of the podium for Can-Am.

After the race, Cody and fellow Can-Am teammate Casey Currie concocted the plan for Cody to make a run in his Can-Am Maverick X3 during Friday’s Nitto King of the Hammers race. Cody tapped Hunter’s co-dog, Chad Hughes to co-dog during the big race on Friday. 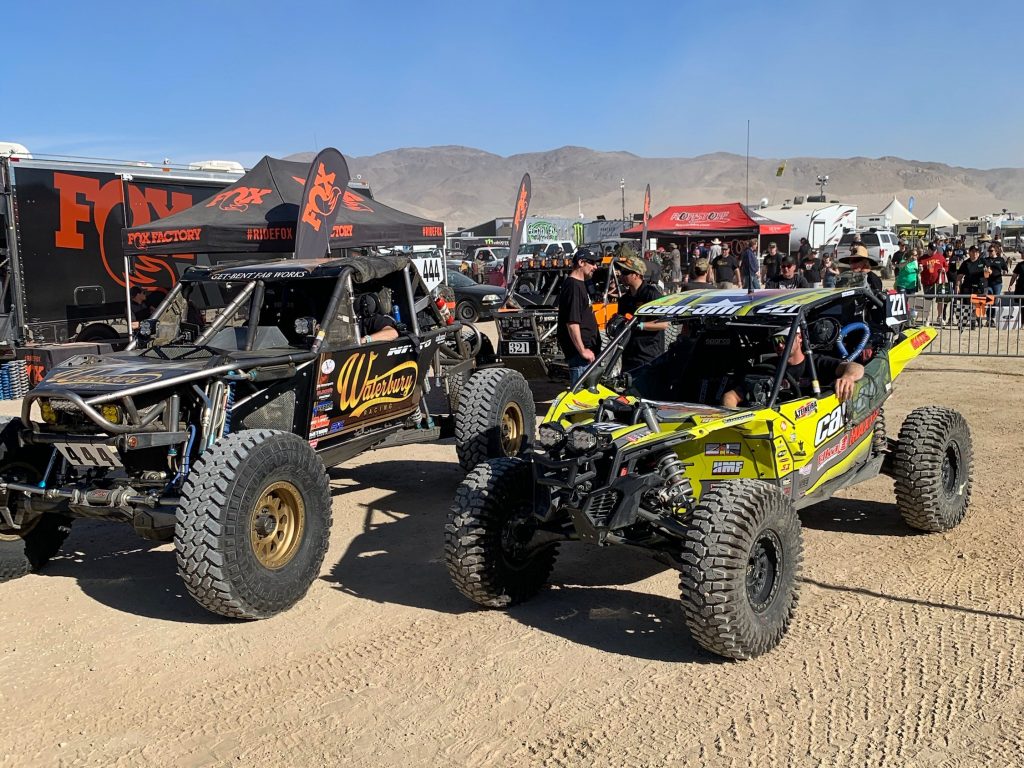 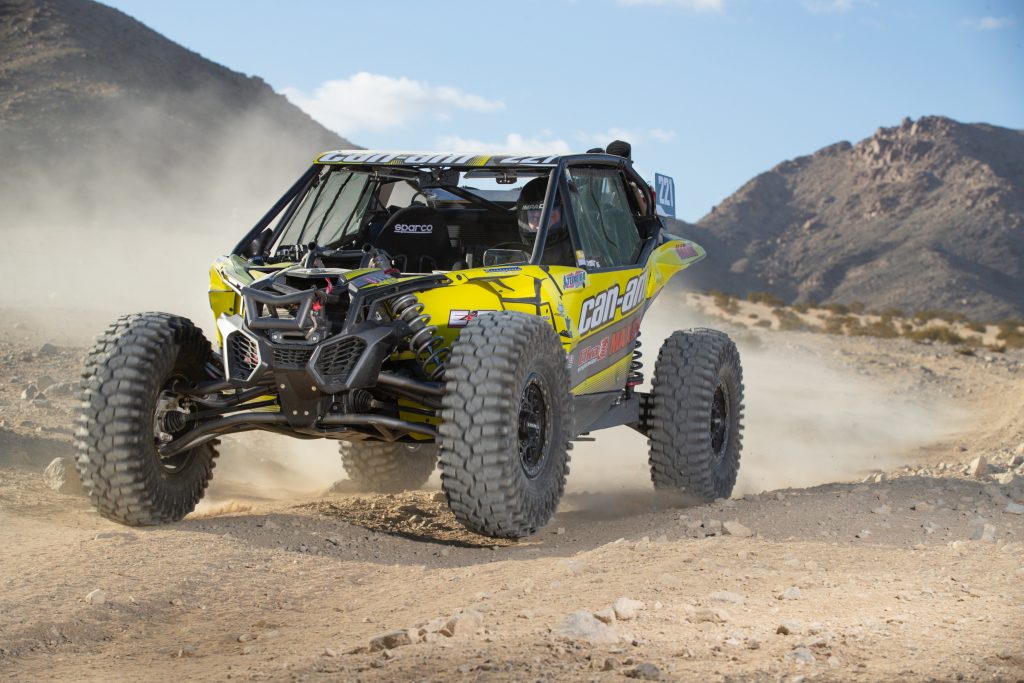 On Tuesday, Cody Miller hit the qualifying course once again and posted an impressive 23rd up against purpose-built vehicles in the 4400 class that run 800+ Horsepower and 40+ inch tires.  In comparison, Cody’s Can-Am Maverick X3 RC has 195 Horsepower and 32-inch tires. Cody’s qualifying time was 9 seconds slower due to a track that has been torn up over the course of the week.

Friday’s Nitto King of the Hammers course will differ from the UTV course in a few ways.  Lap 1 and lap 2 are exactly the same.  But instead of a finish line in Hammertown at the end of lap 2, they are sent around lap 2 a second time.  Lap 2 consists of more technical rock crawling trails that Johnson Valley is famous for. And in addition to the extra lap, Virtual Check Points (VCPs) have been added so that bypasses of the tougher obstacles will not be allowed. Plus they have to also navigate through additional trails – Hell to Pay, Full of Hate and Claw Hammer.

This will help keep the lap 2 and lap 3 competitors on different lines during lap 3 in some spots, but as we saw in Chocolate Thunder on Sunday, the course can become clogged very easily.

With the additional rock lap, competitors also have more time to finish the race.  Where the UTV race is cutoff at 4PM, the Nitto King of the Hammers 4400 class has until 10PM to finish.

The other big difference about the 4400 race, is vehicles are often used as traction when they are in the way.  One of the most famous examples from 2013 was replayed on Ultra4 Racing’s Instagram a few weeks ago.  This is where it could get a bit scary for Cody Miller as his Can-Am Maverick X3 is much smaller that typical 4400 buggies.

#7 Rock-n-Randy | @bomberfabrication on a mission | 2013⁣ ⁣⁣ ⁣Ultra4 Racing is memories and moments frozen in time. It’s sharing an experience with your friends. It’s showing guys what racing is all about, then making fun of the rock throw afterwards. Iconic moments are more than just a cool story, they are moments that reflect the values, the spirit, and the heart of Ultra4 Racing. Passions run high, both in the car and out.⁣ ⁣⁣ ⁣There’s really not much we can say about this one. King of the Hammers is a race, not a trail ride… that is how you become a King. But that rock throw though, it’s… “iconic” for sure! What they say is true: If you aren’t moving, you’re a part of the course.⁣ ⁣⁣ ⁣Bonus points for epic soundtrack. Thank you, gentlemen. Always a pleasure.⁣ ⁣⁣ ⁣7 days, ya’ll. Hammertown opens and we get to make more Iconic Moments! See you on the Lakebed.⁣ ⁣⁣ ⁣#Ultra4 #KingoftheHammers #KOH2020 #CountdownToHammers #TheLakebedIsCalling #WhereWereYou #Iconic #Traction⁣ ⁣⁣ ⁣And if you didn’t see your favorite memory on the countdown, keep watching! There are so many honorable mentions and we’ll be running highlights all during KOH week on IGTV! Speaking of IGTV, you’re going to love “Just in Casey you missed it…”, hosted by Casey Scherer. Be sure to subscribe.

While Cody isn’t the first powersports powered vehicle to enter the 4400 race, he is certainly the first to race with a factory chassis and suspension. 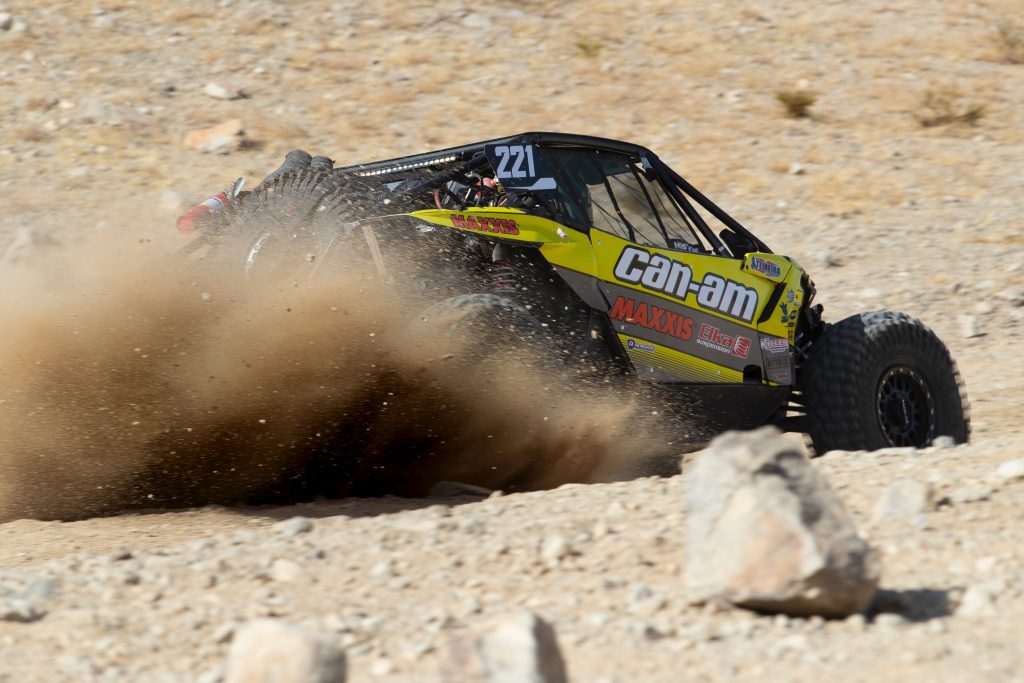 However is shakes up on Friday, I am sure that Cody will open some eyes as his little Can-Am Maverick X3 goes up against these much larger and more powerful purpose built vehicles. I will be glued to the live show on Friday to see it unfold!

You can watch along with me at www.Ultra4Racing.com/live