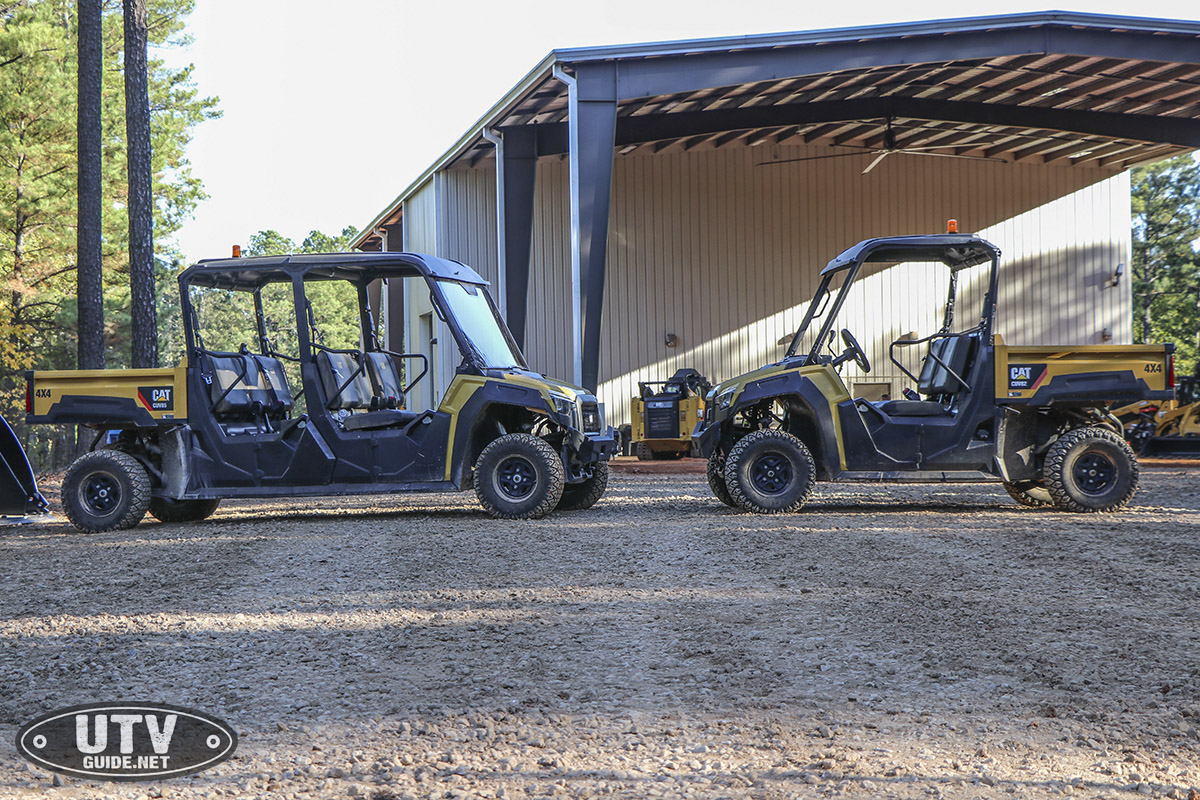 The CAT name is synonymous with hard work so we would expect nothing less than a purpose built, work focused inclination out of it’s UTV line. Just two years into the game, CAT offers two vehicles in four configurations to meet the varying demands of it’s customers…and customers are the reason CAT decided to jump into the UTV space to begin with.

With a broad product lineup featuring virtually every piece of equipment imaginable, CAT repeatedly received demands from it’s customers for a UTV-like platform for use on the job site. A pickup truck is not economical, nor is it convenient to navigate in off-road environments and the reality is, they get beat up quickly. With a cult like following, it makes sense that people who know and trust the CAT brand would prefer a CAT UTV model over other brands on the market.

The CAT Utility Vehicle or CUV is available as both a two seat and five seat platform and comes with both a gas and diesel option. The vehicles are nearly identical in all respects with one main caveat, the diesel versions are limited to 25 MPH.

Specs
From a numbers perspective, the CAT UTV is right on par with many of the industry’s leading utility vehicle models. It features independent, dual a-arm suspension all the way around, a CVT transmission with on the fly 2WD/4WD select-ability as well as electronic differential lock,  electronic power steering and a massive 1000 pound capacity dumb bed. As you might expect from CAT, the bed is one of the machine’s glowing attributes featuring all steel construction and it appears to be a tad larger than many of it’s competitors.

A .8L three cylinder engine powers the the gasoline CUV model delivering 50 horsepower while a 1.0L three cylinder diesel engine delivers 25 horsepower. When asked about the disparity in power output, our host explained that it relates to the vehicles ROPS (Rollover Protective System) rating. Essentially a higher MPH and horsepower rating in the diesel machine would require a redesigned and heavier roll cage. 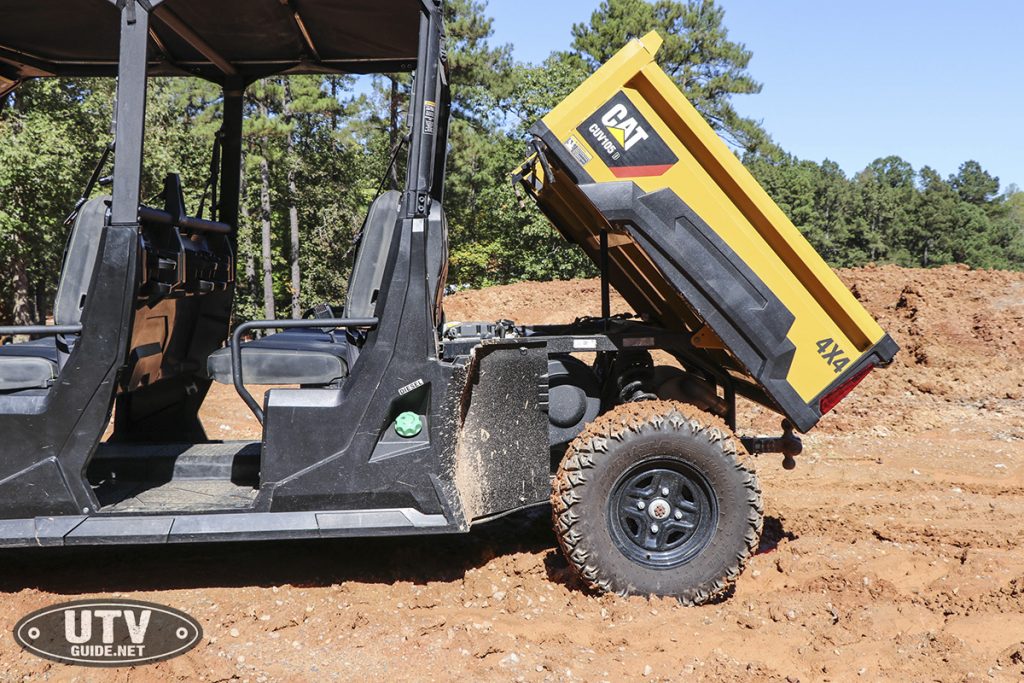 It features a ten gallon fuel tank, 10.5 inches of ground clearance and a curb weight ranging from 1,689 pounds for the two seat gas model up to 1,975 pounds for the 5 seat diesel model. The Carlisle 25×10.5-12 inch tires are rated at just 4 ply and billed as a “hard surface” tire. That will probably suffice for most job sites but if you frequent rocky areas or intend to venture down a trail from time to time, we’d recommend a beefier (and probably taller) off-road tire.

Cab Comfort
The cab and creature comforts are really where this vehicle shines. At 6’2”, I don’t like center consoles so the more room I can have around me the happier I am. An automotive inspired, column mounted shifter conveniently keeps the lever out of the way of knees and other extremities. Believe it or not, there’s actually more leg room in the back seat than in the front since the space beneath the front bench seat is completely open. This allows passengers with longer legs like myself extra room to stretch. 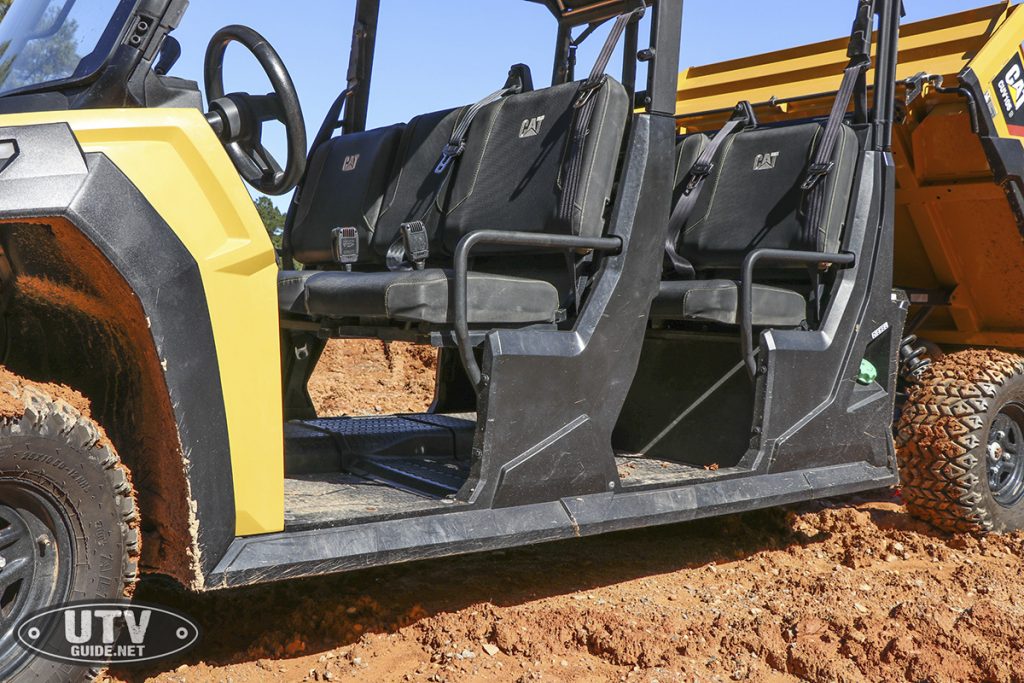 Whether you ride in the front or the back, the CAT CUV has plenty of space and can accommodate up to 6 individuals.

The main new addition from model year 2019 to 2020 was the addition of a third and sixth seat to both models. Users can purchase a “middle” seat kit complete with a cushion, back pad and seat belt bracket that allows for three riders in the two seat model and up to six in the five seat model. As a bonus, when not in use, the extra seats can be stored behind the passenger seat back, providing enough in cab storage space to carry a cooler or even a sizable tank sprayer. 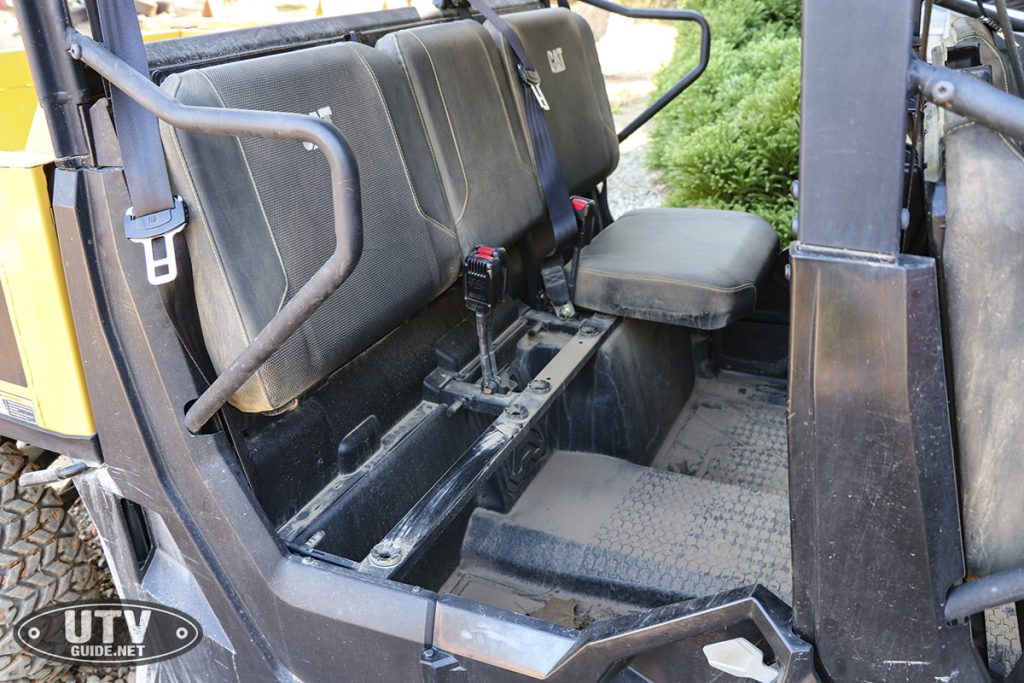 The removable seat cushions are a nice feature that allow for significantly more in cab storage if the situation demands it.

Bonus Features
Anyone who’s running a construction company or operates a ranch probably has at least one employee who’s prone to making poor decisions when behind the wheel of a machine capable of “having a little fun” with. In those instances, CAT’s configurable speed setting allows a user to program a speed setting and lock it in with a passcode that will limit the top speed of the vehicle. The speed can be governed all the way down to 25 MPH and unless someone has the code, that’s as fast as they will be traveling.

During our afternoon at the Edward Rapp Training Center, we were able to test the vehicles on a 1/2 mile woods course designed to mimic some of the terrain you might expect to find on a construction site. Unfortunately we were limited to driving the vehicles in Low range and not allowed to exceed 15 MPH but we won’t fault our hosts for that as the decision was probably made by a team of lawyers sitting in a conference room who’ve never actually driven the thing. 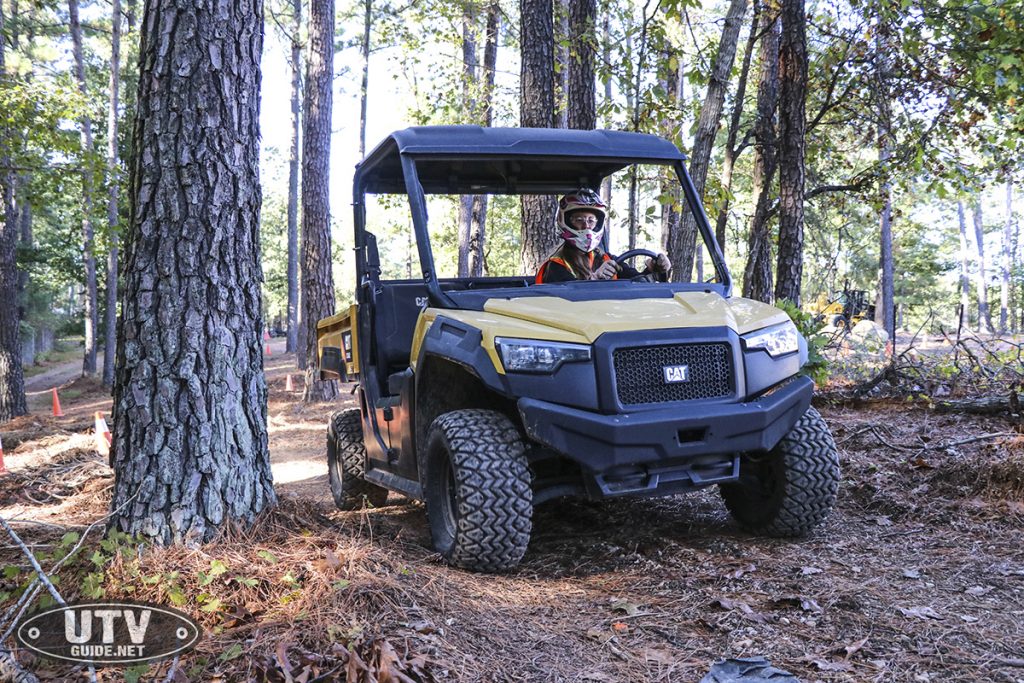 Still, the short course gave us enough of an opportunity to experience what the vehicle has to offer as a utility side by side. The suspension is very plush and offers a smooth ride however we weren’t able to test it with any weight in the bed. The shocks do offer a small range of adjustment which we would recommend over the stock setting, particularly if you plan to regularly max out the bed’s 1000 pound carrying capacity.

The two seat machine in particular has a very tight turning radius and, when coupled with the electronic power steering, makes navigating in and out of trees effortless. There was a small downhill section on which we could test out the engine braking and I was very pleased. I was able to control the speed of the vehicle without ever having to touch the brake. Why some manufactures still offer machines without engine braking is beyond me. 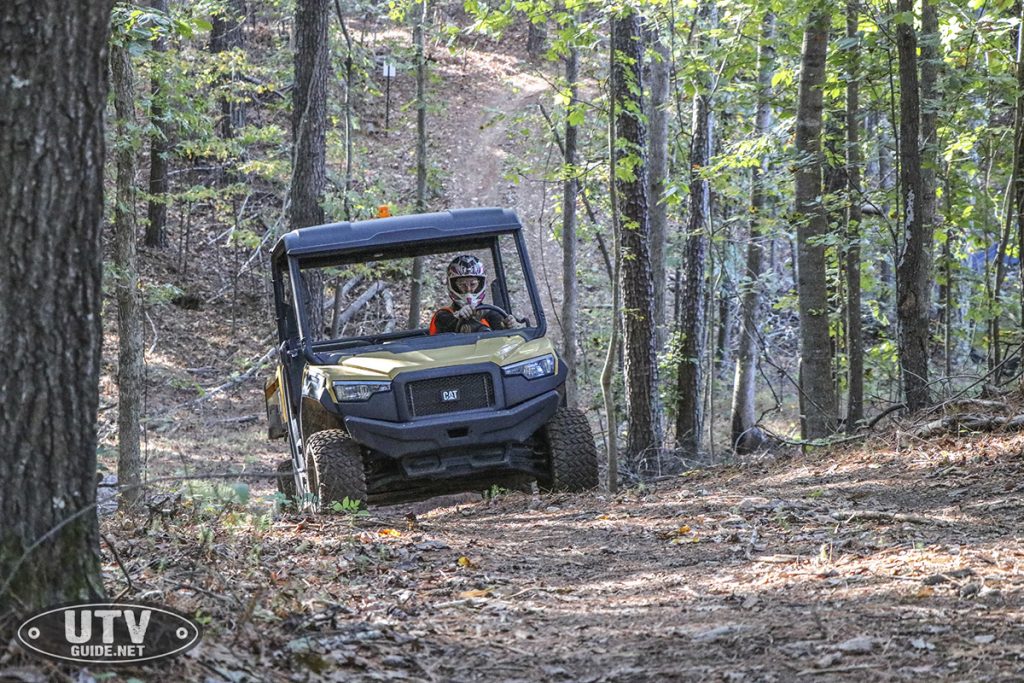 One specific area that is a major feather in CAT’s cap is in the area of service. Not only have they paid careful attention to routine service items like air filter and oil filter placement but as a part of the CAT family, the CUV models can be serviced in the field by the same authorized CAT technicians who repair and maintain a company’s heavy equipment. That’s a perk that almost no other manufacturers can claim as you likely won’t see a technician from your local power sports dealer coming to your job site to wrench on your machine.

Overall it appears CAT has done an excellent job in its first two years of providing a capable, work oriented side by side that is a great competitor with other brands who have been in the space for some time. It’s worth noting that the CUV is designed and engineered by CAT and manufactured by Textron Off-road. This partnership has undoubtedly paid dividends over other brands who seek to enter the UTV space with little to no prior experience and struggle in their first few years. With its commitment to providing exceptional quality to customers coupled with a reputation as one of the leading equipment providers in the world, we see a bright future in the utility side by side marketplace for CAT. 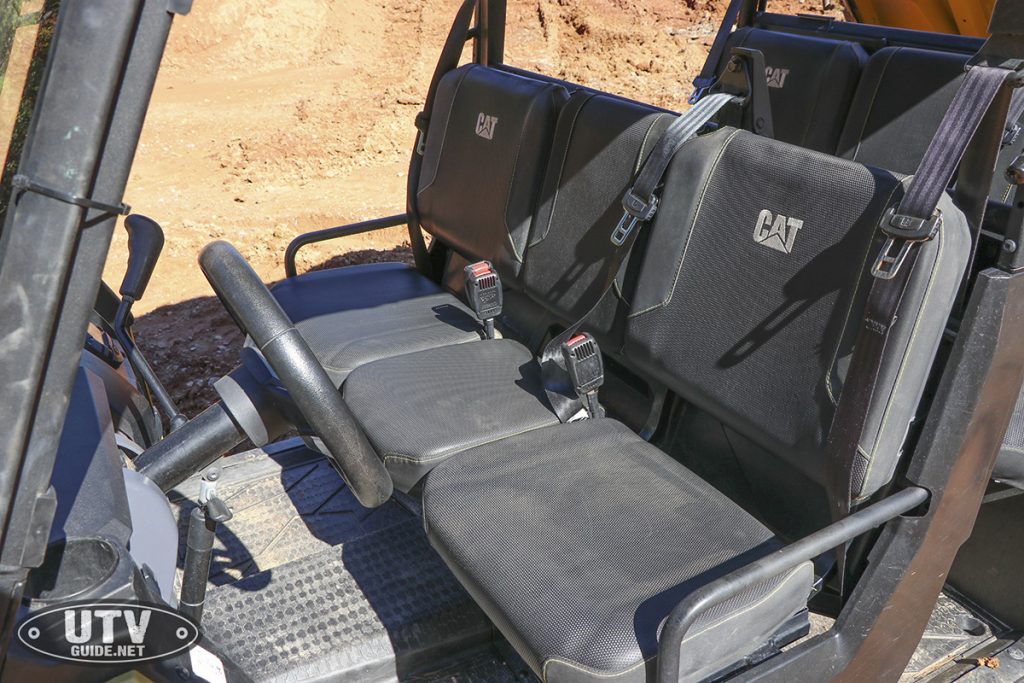 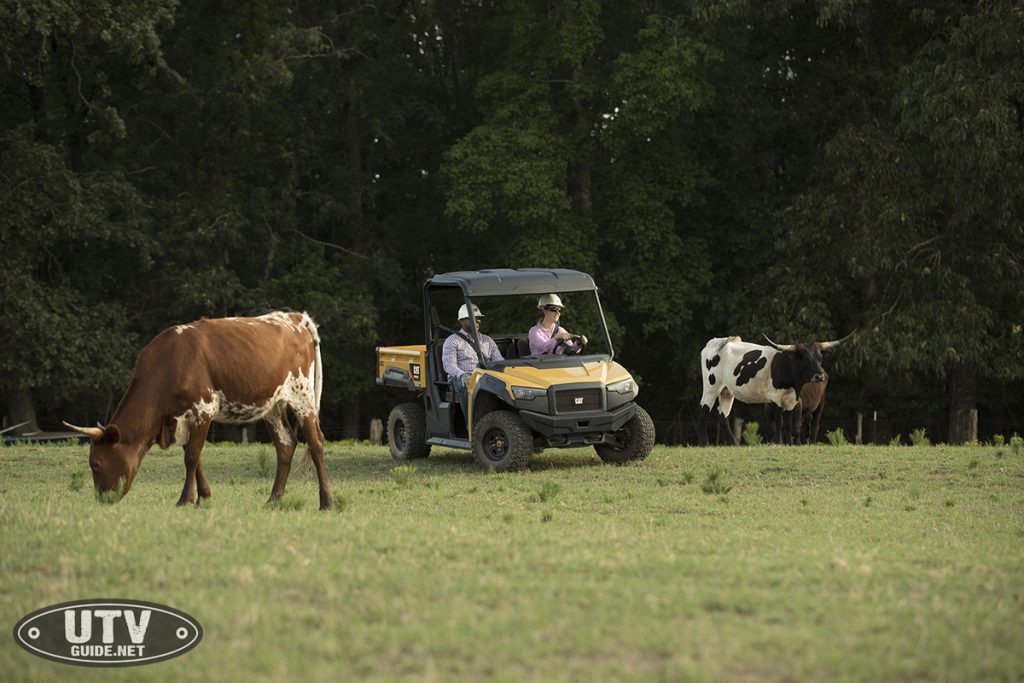 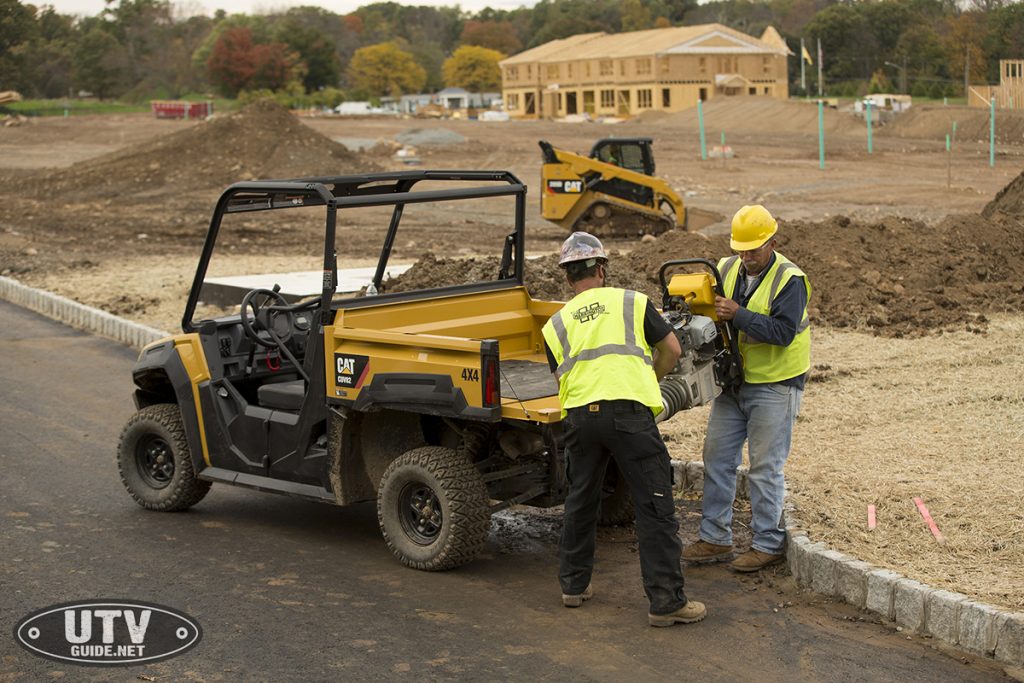 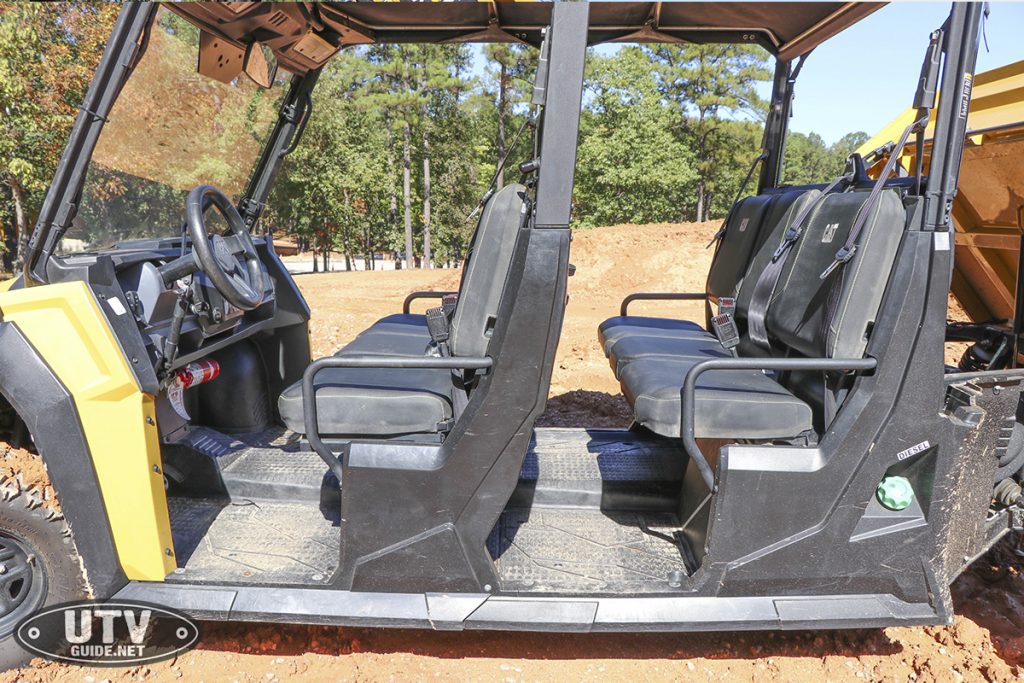 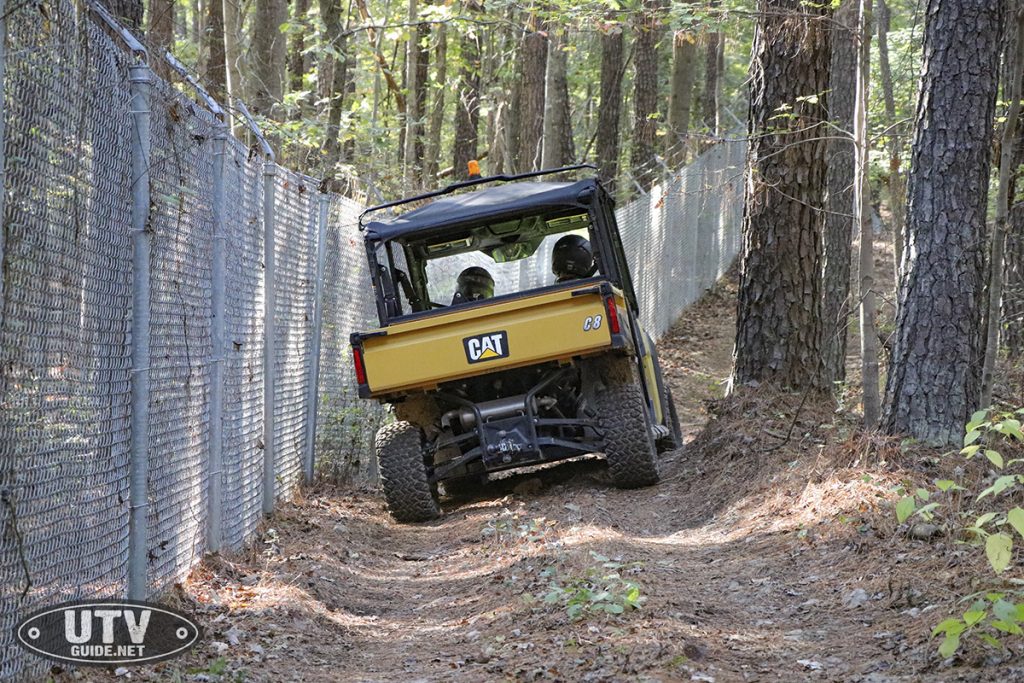