“The Big Buck track was very hard to pass on. We did not get a real good holeshot, but by the end of the first lap I had worked up to second overall behind Treavis Poynter,” said Chaney. “I knew if I stayed steady and did not make any mistakes in the first few laps we could finish strong. Coming into the last lap we were down by 6 seconds. We both hit lappers on the last lap and I knew it was going to be a very close finish. We won by just under 2 seconds. Way to go Can-Am for a UTV Pro class podium sweep.”

Poynter ended up second, but, when paired with his first-place finish at round one of the UTV series, he currently owns a 13-point lead going into the next round. Hendershot’s first podium of 2015 moved him to fourth in the class standings.
Can-Am Maverick 1000R racers also own the UTV XC2 Pro Sport class points lead after the VP Racing Fuels Big Buck GNCC event. Can-Am / Jack’s Excavating driver Joe Krcelich finished fourth, but won round one and currently has a four-point cushion over Maverick racer Dave Plavi, who earned a third-place finish in South Carolina. Rich Travalena Jr., competing in the Amateur Limited class for Can-Am, notched his first victory and second podium of the year to climb to within one point of the class leader.
In 4×4 ATV action, Buckhannon convinced all competitors that he is out to replicate last year’s impressive title run, with a stellar wire-to-wire victory aboard his Can-Am Renegade 800R X xc. Two other Renegade racers in Jordan Phillips and Zac Zakowski earned their first podiums of the season, finishing second and third, respectively, to complete the Big Buck podium sweep. Buckhannon has a nine-point lead heading into round five.
“My Can-Am Renegade pulled hard the entire race,” said Buckhannon. “The track was perfect and let the riders ride. At the end of the day, I am thrilled to come away with first place and the 4×4 Pro class points lead.”
Can-Am 4×4 racers also notched two other class wins and six total podium finishes. Forrest Whorton won the 4×4 Senior (40+) class, while Matthew Ewart took the 4×4 C class victory.
LOORRS – ARIZONA
DragonFire Racing / Weller Racing / Can-Am Maverick 1000R X ds pilot Ken Benson tallied two podium finishes in the Unlimited UTV class at round three of LOORRS held at Wild Horse Pass Motorsports Park in Chandler, Ariz. Benson scored a third-place finish on Saturday and then followed that up with a second-place ride on Sunday at round four of the regional series.

About BRP
BRP (TSX: DOO) is a global leader in the design, development, manufacturing, distribution and marketing of powersports vehicles and propulsion systems. Its portfolio includes Ski-Doo and Lynx snowmobiles, Sea-Doo watercraft, Can-Am all-terrain and side-by-side vehicles, Can-Am Spyder roadsters, Evinrude and Rotax marine propulsion systems as well as Rotax engines for karts, motorcycles and recreational aircraft. BRP supports its line of products with a dedicated parts, accessories and clothing business. With annual sales of over CA$3 billion from 105 countries, the Company employs approximately 7,100 people worldwide. 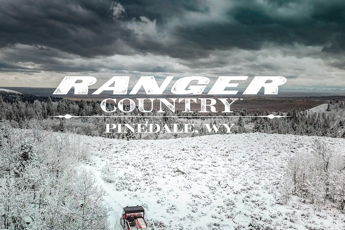