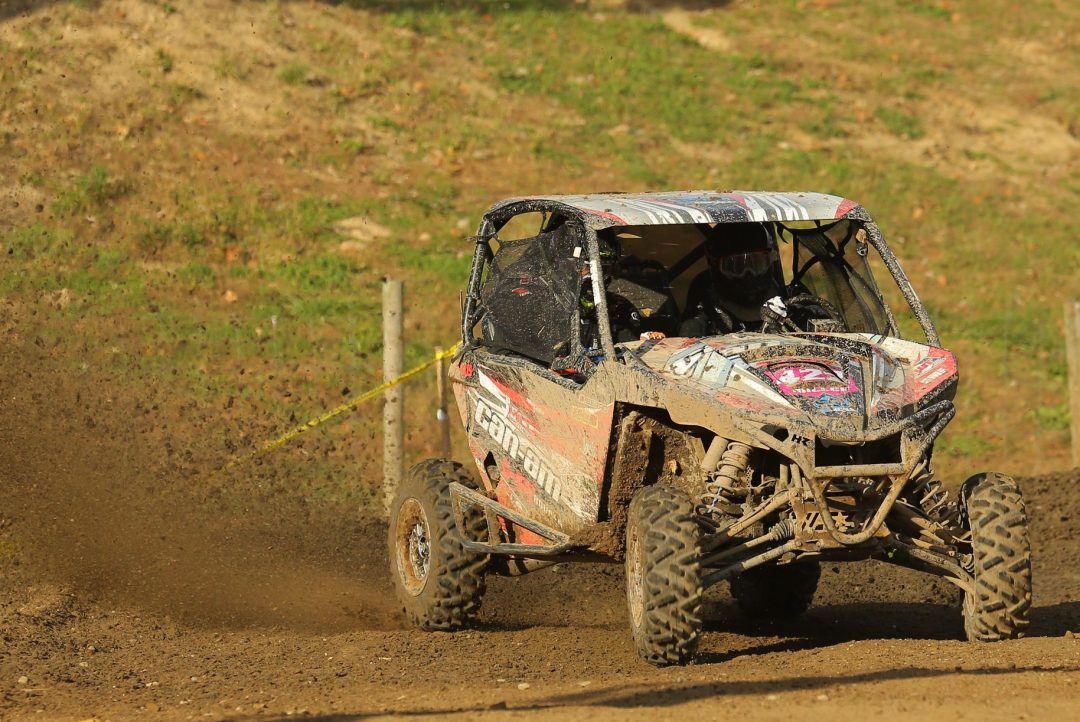 The Can-Am X-Team racing squad concluded the 2016 Grand National Cross Country (GNCC) series by posting podium sweeps in both the 4×4 Pro ATV and XC1 Pro UTV classes at the famous Ironman GNCC in Crawfordsville, Ind. Can-Am racer Cody Miller had a banner day at the Midwest track, earning two class overalls and also wrapping up his first-ever GNCC championship with a convincing, wire-to-wire victory in the final XC1 UTV Pro class event of the year.

Miller (with Can-Am ATV racer Jordan Phillips as his co-pilot) ended the season where it began, posting a win in the XC1 Pro UTV ranks to keep his podium streak alive at six straight. Miller recorded 140 points in his GNCC championship season, notching three wins, two runner-up finishes and one third-place run in 2016.

Hunter Miller (with Buckhannon as co-pilot) competed in the XC1 Pro UTV class in Indiana. Hunter joined his younger brother on the podium taking second place. The older Miller brother wrapped up his season behind the wheel of his Can-Am Maverick with a victory in the XC2 Pro Sport UTV class at round 12 and a runner-up spot in the pro class at the GNCC finale.

Tim Farr captured third place at Ironman to wrap up the third-place spot for 2016. The savvy veteran, along with his navigator Angel Knox, started the season slow, but rebounded at the last five rounds to earn a spot on the season podium with his Maverick side-by-side vehicle.

Chaney, who also competes in a Can-Am Maverick side-by-side, ended up with another top 10 finish to end the season in the runner-up spot behind Cody Miller. The last three seasons have seen Chaney win two XC1 UTV class titles and, now, one second-place finish. He has won half of the 18 races he has entered over that three-year span. Maverick racer Dave Plavi also won another championship for Can-Am, earning the XC2 Pro Sport UTV class title in 2016. After wrapping up his title after round five, Plavi moved into the XC1 Pro UTV ranks at Ironman, where he finished sixth. Can-Am side-by-side racer Austin Seelig, who finished 40th overall among all UTVs at Ironman, earned the Amateur Limited class championship in 2016.