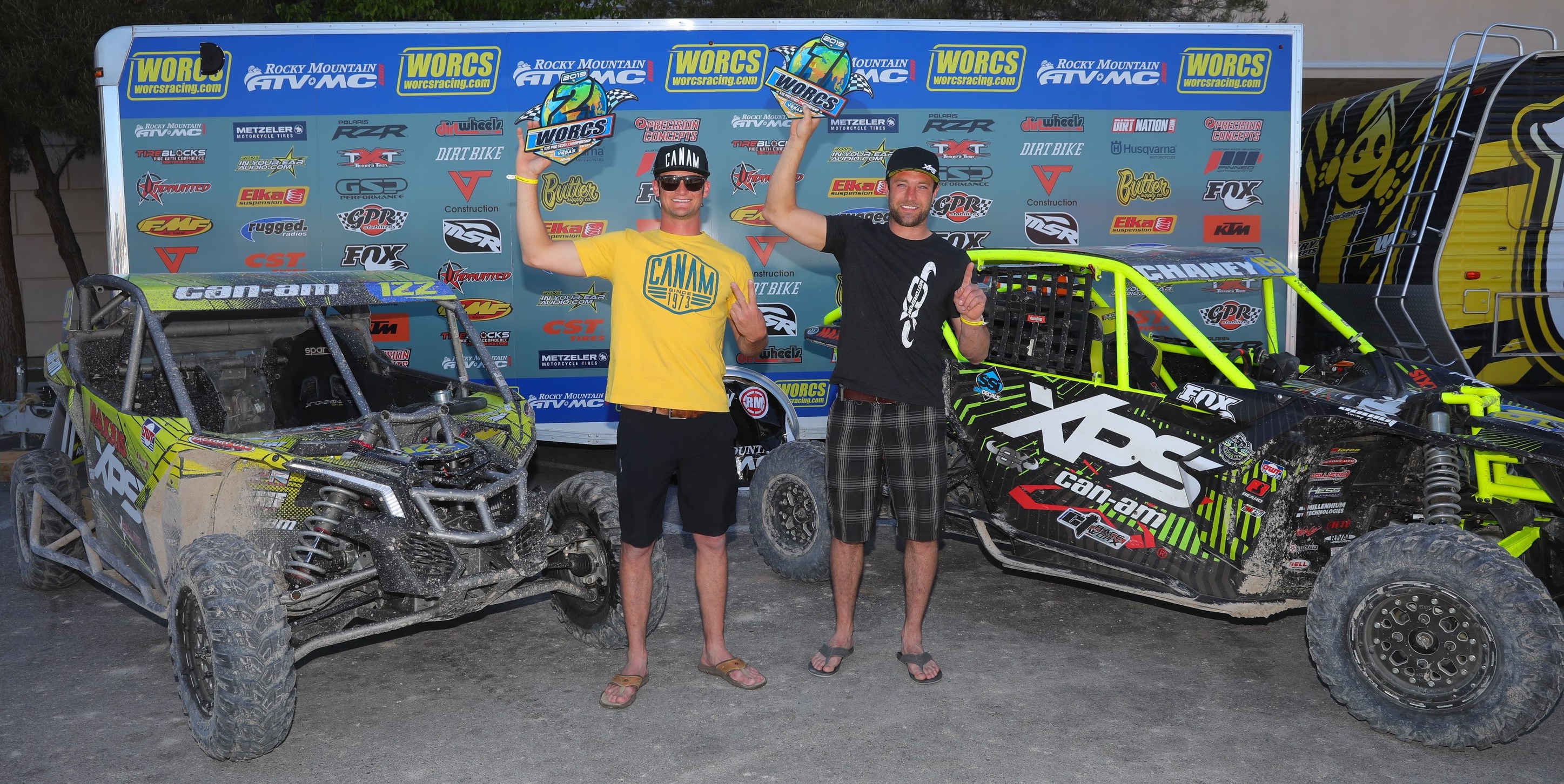 Can-Am has once again shown its competitive edge and racing dominance by earning three wins over the weekend in three different series in the Desert Southwest area of the US.

Factory Can-Am Maverick X3 Turbo R and XPS racers Kyle Chaney and Cody Miller were at it again, battling one another and picking up where they off at during the UTV World Championship short course races. One week later, the former two-time Can-Am GNCC champions were dicing it out again, this time on a man-made, hybrid inside-outside, dirt-asphalt course for round four of the World Off-Road Championship Course held at The Orleans outside of Las Vegas.

Chaney (XPS CT Race Worx Can-Am), who finished in the runner-up spot behind Miller at the UTVWC, was possibly making his one-and-only stop on the WORCS schedule and determined to depart Vegas with a win. Chaney circled the course 18 times in less than 30 minutes –— aided by the fastest lap of the entire race, a blistering 1:37.775 pace — to win the SxS Pro class. 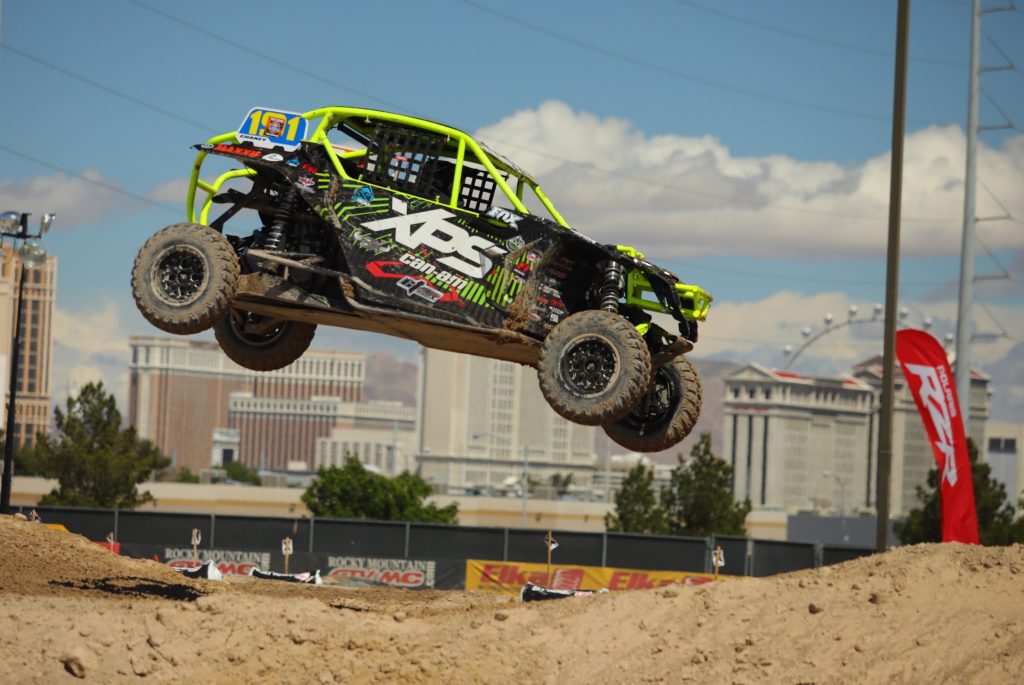 “Cody and I left Texas a few weeks ago and headed west,” said Chaney on his Facebook page. “He won UTVWC with me a close second. Yesterday we raced the WORCS Racing event in Vegas, where I took the crown with him in a close second! Our trip was a success.”

Miller (MAXXIS XPS Can-Am), who won the UTVWC short course had to settle for second place this time around, but he earned 22 points on his chase for the 2019 WORCS championship. His three second-place finishes this season give him 74 total points, which is good for a nine-point edge in the SxS Pro ranks heading into the next round. Sitting in third place in the class point standings is his brother Hunter Miller (MAXXIS XPS Can-Am), who tallied a solid fourth-place finish at round four.

With Beau Judge’s (No Limit RD Can-Am) sixth-place run, Can-Am Maverick X3 racers had four of the top six finishing spots in the SxS Pro ranks. Judge has one podium finish in four rounds and is fifth overall this year. Can-Am also won the SxS Prod Turbo 1000 class, as Justin Bor notched his fourth consecutive victory of the year. The next round is slated for May 17-19, in Mesquite, Nev.

LOORRS – ROUND 2 at WILD HORSE PARK

Defending Lucas Oil Off Road Regional Series (LOORRS) Turbo UTV champion Corry Weller continues to impress behind the wheel of her Can-Am Maverick X3 side-by-side vehicle. She won Round 2 of this past weekend on her home track, and then followed that up with another win in the Lucas Oil Regionals on Sunday. 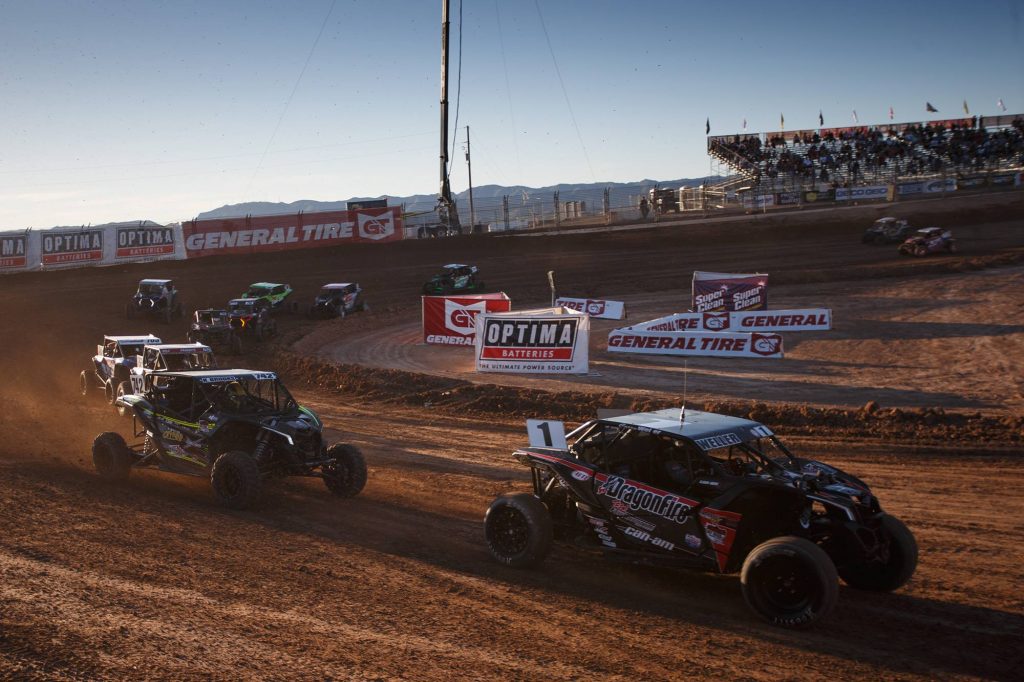 Against 14 other competitors, Weller (DFR Weller Racing Can-Am) had her work cut out for her, but she’s very familiar with the Wild Horse Park track. She knew she just had to get in the lead and thwart off any passing attempts on the inside line.  She was the fastest in practice and then qualified second to another Can-Am racer. With an inversion, she had the pole and jumped to the lead and never looked back, even with six restarts.

“I am in the points lead in LOORRS now by about 13 points,” stated Weller. “My goal is to increase that or hold it at every round. My Maverick X3 was dialed. We’ve spent a lot of time with tire-and-wheel testing, dyno time and clutching to find the right combination for transferring power to the ground and our hard work has been paying off.”

Weller qualified first and won round three of the Lucas Oil Arizona regionals race, held jointly with the LOORRS schedule, the next day at Wild Horse Park. The win put her into the class points lead going into the summer break. She will compete in rounds three and four May 18-19, in Ensenada, Mexico.

VORRA Yerington 300 Will Parade Through Town