Round five of the 2013 GNCC series was held at an extremely muddy Park Mammoth Resort in Park City, Ky. The morning session belonged to Swift and Can-Am 4x4s. The Team UXC Racing / Can-Am Renegade 800R X xc racer overcame a crash, mud holes, bottlenecks and another delay to help a fellow competitor recover after a crash to win the morning overall and capture his third consecutive U2 class victory. Swift beat fellow Can-Am racer Robert Smith, who currently holds the U2 class points lead. Can-Am X-Team racer Kevin Trantham, who won the 4×4 Lites class over Can-Am racer Andrew Langston, took the runner-up spot on the morning podium on his Outlander™ 500. Swift, Trantham and Smith comprised the all-Can-Am 4×4 overall podium.

In afternoon action, JB Racing / Can-Am DS 450 Pro Jarrod McClure finished eighth in the XC1 Pro class at the Mammoth GNCC. After being bumped over a muddy berm on lap one, McClure patiently picked off six racers over the next three laps to earn another top 10 finish.

Coming off its recent victory with the Can-Am Maverick 1000R at the inaugural UTV / SxS Grand Prix in Ohio, Team Hendershot / Can-Am took another overall win, this time in the AWRCS series. The team drove its Maverick to the UTV Open class overall at round three of AWRCS in New Bethlehem, Pa. Team Triumph of Windber took second in a Can-Am.

Round one of the Courses VTT Quadcross Series saw a trio of Can-Am DS 450 racers reach the Pro class podium and a Maverick 1000R racer take second in Saint-Pie, Quebec, Canada. Keven Vachon went 1-2 in the ATV Pro class motos to earn the victory. Mathieu Deroy’s 5-1 finishes were good for second. Bobby Desjardins earned the final podium spot. Can-Am X-Team member Charles-Antoine Villeneuve earned third in moto one of the SxS 900-1000 class and then took second in moto two for second overall in his debut race.

“I did my first race with the Can-Am Maverick this weekend. The machine performed extremely well. I was really impressed with the power,” said Villeneuve. 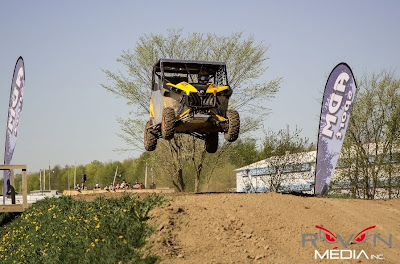 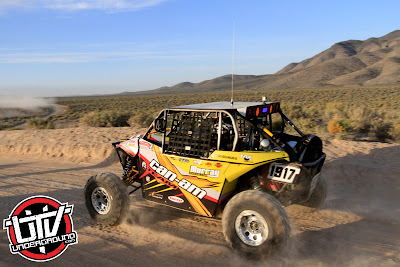 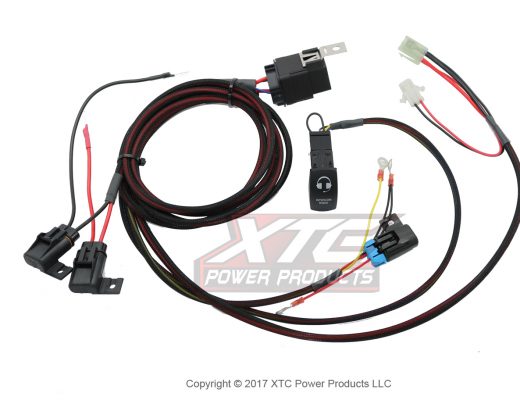