Can Am Industry News Polaris

Competition between brands within the UTV industry is at an all time high.  OEMs are working overtime to meet the varying demands of the market like never before and that means it is the consumer who win in the end.  Long gone are the days of visiting your local dealer and choosing between “the sport model” and “the utility model.”  Today we have three clearly defined segments (Sport, Sport Rec and Utility) and in most cases, numerous variations of each model within those segments.  Special Editions, Extreme Performance and even duty specific models that are custom tailored to meet the needs of a wide range of consumers. More details: POLARIS LAUNCHES 2018 RZR LINEUP and 2018 CAN-AM MAVERICK X3 BUMPED TO 172HP.

While big horsepower numbers are impressive, the long and the short of it is many of today’s pure sport side by sides are approaching that place where enough is enough.  Many riders, particularly those who favor trails to wide open dunes or desert don’t have need of a machine that puts out north of 150 horsepower.  All of that juice comes at a price and with it, typically better suspension and other features that ultimately drive up the cost of the vehicle.

Instead of continuing the trend of one ups-manship in the horsepower category alone, we’re seeing OEMs take aim at the economical consumer, providing a whole lot of performance for the person on a budget.  Case in point, the Can-Am Maverick X3 Turbo and the Polaris RZR XP TURBO EPS.  Both of these machines are capable of providing big fun and plenty of performance for just under that $20,000 figure.

If that news excites you and you find yourself licking your lips because a turbo charged UTV is finally financially palpable, we thought you might appreciated a side by side comparison of these two machines to help you figure out which one you’ll be adding to your Christmas list this year. 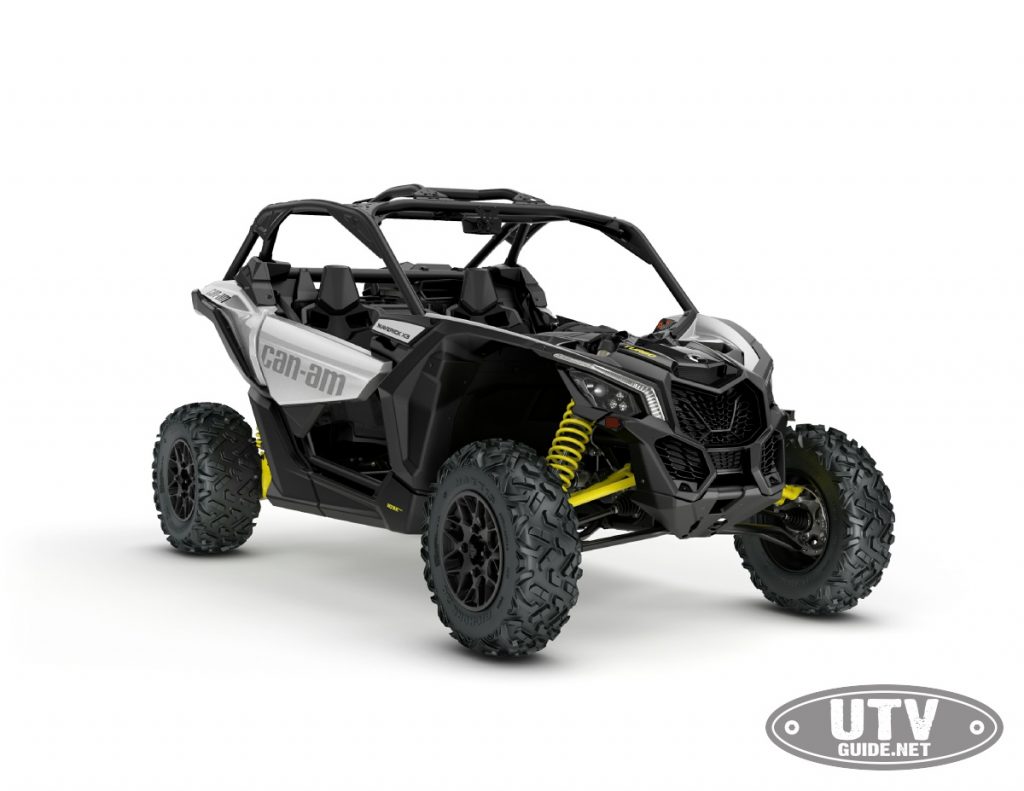 First things first, the most notable differences between these two machines comes in what most people consider the two most important performance aspects of any vehicle, horsepower and suspension.  Although the RZR XP TURBO EPS is essentially the base model TURBO offering in the Polaris fleet, it receives the same ProStar High Output twin cylinder engine as the rest of the Xtreme Performance lineup, capable of a whopping 168 horsepower.

The Maverick X3 Turbo is significantly less (48 ponies less to be exact), putting out 120 horsepower from its Rotax ACE (Advanced Combustion Efficiency) 900cc triple cylinder turbocharged engine.  It’s apparent that the engine configuration is where Can-Am opted to cut costs, eliminating the integrated intercooler found on all of the other Maverick X3 Turbo models which consequently helps boost performance to an industry leading 172 horsepower.

What the Maverick X3 Turbo lacks in horsepower compared to the RZR XP TURBO EPS it makes up for in suspension with an astounding 20 inches of front and rear travel.  The RZR is no slouch with 18 inches in the rear and 16 in the front but if you like tackling rough terrain at high speeds, the Maverick X3 Turbo might be the obvious choice.  The Walker Evans Needle Shocks found on on the RZR offer more adjustability with 16 clicks of adjustment verses the FOX 2.5 PODIUM Piggyback QS3 shocks with just three position settings on the Maverick X3 Turbo.

Both machines utilize a dual a-arm front suspension with sway-bars and a proven trailing arm suspension setup in the rear.  The Maverick X3 utilizes Can-Ams TTX 4-link system where the RZR employs its tried and true 3-link system. 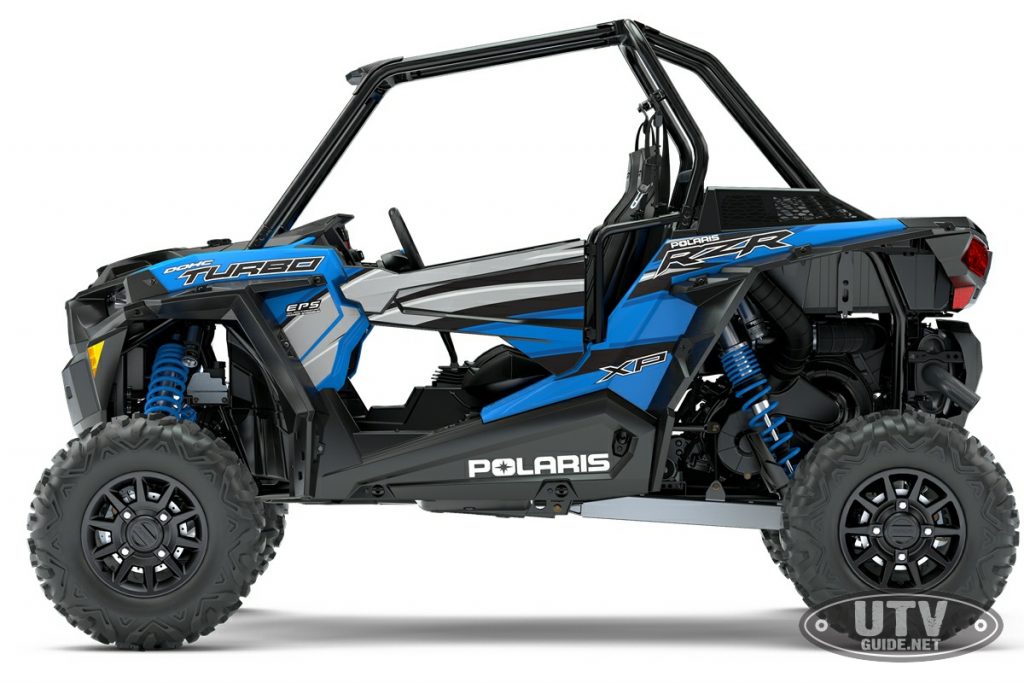 Anyone familiar with these two vehicles already knows that the Can-Am is big.  It stretches a full foot longer than the RZR in overall length at 131 inches and the same goes for the vehicle’s wheelbase at 102 inches compared to the RZR’s 90 inches.  Surprisingly, the machines are nearly identical in weight with the Can-Am weighing 5 pounds less than the Polaris at 1470 pounds dry; an impressive feat considering the Maverick X3 Turbo is so much larger. 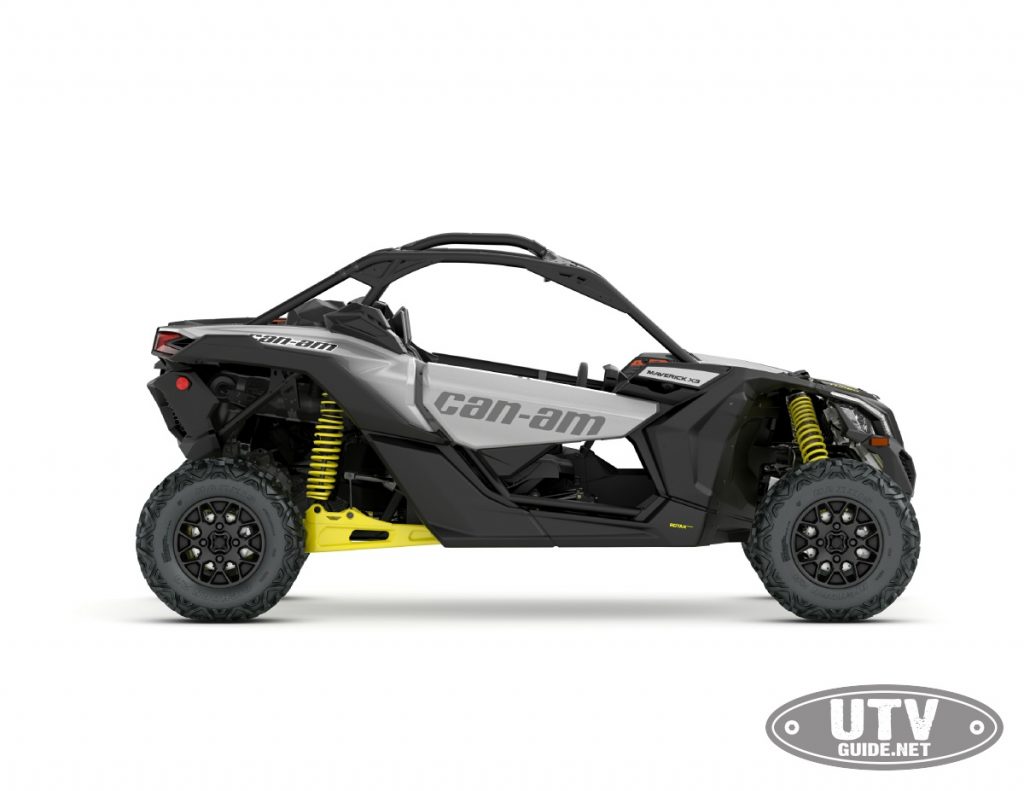 Despite smaller 28 inch Maxxis Bighorn 2.0 tires, the Maverick X3 Turbo offers an extra half an inch of ground clearance at 14 inches to the RZR’s 13.5 inches.  29 inch Maxxis Bighorns are standard on the RZR and if you want to get a little more clearance out of it, the RZR will turn 30 inch tires with no issue. 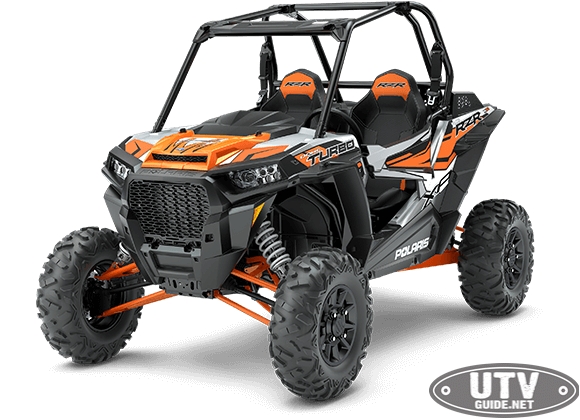 For two models from competing brands, the machines are remarkably similar.  Setting brand loyalty aside, deciding between the two could be a tough decision and knowing exactly how and where you plan to ride will likely be key determining factor.

We’re confident there is no wrong decision between these two machines and with a retail price of $19,999 for both models, you’ll be winning either way. 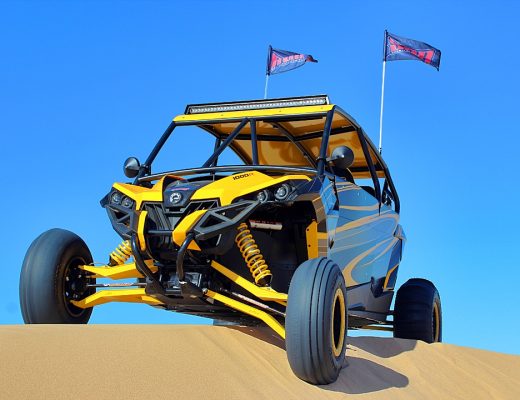 Upgrading the Steering Rack on our Monster Energy Kawasaki Teryx