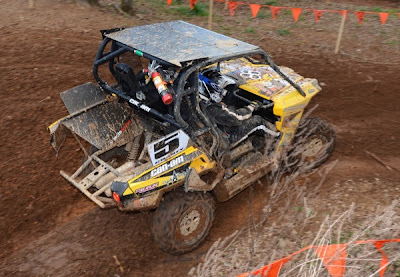 “Cliff and Bryan are as fast as ever and are already in the driver’s seat in their respective 4×4 classes,” said Jimmie O’Dell, Race Manager, Can-Am. “Even though there is plenty more racing left in the season, we’re content to have our riders positioned where they are after two rounds of Can-Am / GNCC racing. Bithell currently sits third in the XC1 class standings and I predict he’s about ready to show us what he’s made of as the series heads to some of his favorite tracks. I’m proud to see Kyle Chaney put the Commander side-by-side on the XC1 UTV Modified podium in Georgia in his first race with the Motoworks / Can-Am team.”

Round 1 – Florida
Bithell was at the back of the pack at the start of the XC1 Pro class in River Ranch, Fla., but quickly rode his DS 450 into the top five. By lap four, he took over the lead. Bithell fell to third on the final lap, but maintained that position to earn a spot on the XC1 class podium.

“It was really rough out there; brutal to be more exact, but the quad kept going,” said Bithell. “We have done a lot of training and put a lot of hard work into this and I think this is going to be a really good season.”
Buckhannon impressed aboard his new 2012 Outlander 800R EFI 4×4. Seeking to repeat as 4×4 Open class champion, Buckhannon overcame a mid-race mistake to win his class and earn the overall top spot on the morning podium. UXC Racing / Can-Am 4×4 Open class racer Michael Swift finished in third.

Round 2 – Georgia
Can-Am racers claimed four class wins and took second in the XC1 UTV Modified class at The General GNCC held in Washington, Ga.
In ATV action, Bithell got a mid-pack start in the XC1 Pro class, but soon rallied to join the racer leaders. At one point, the Motoworks / Can-Am racer moved into second overall. However, round two ran 20 minutes longer than the usual two-hour GNCC event and this caused a fuel shortage for Bithell. After taking on a splash of fuel for his ATV, Bithell charged ahead to retain a top-five finish in the XC1 class.

Beasley won the U2 class by more than a minute. Buckhannon, Trantham and Whorton also won their respective classes to post back-to-back wins to start the 2012 season. Buckhannon finished more than eight minutes better than second place in the 4×4 Open class. Trantham won the 4×4 Lites class and was second on the overall morning podium. Whorton notched the 4×4 Senior class win aboard his Outlander 800R.
In the XC1 UTV Modified class, Motoworks / Can-Am Commander™ 1000 X® racer Kyle Chaney was in the top three all day. On the final lap, Chaney made his move into second, but couldn’t overtake the leader. It was the team’s first Pro-level GNCC side-by-side podium.

Sea-Doo, Ski-Doo, Lynx, Evinrude, Johnson, Can-Am, Rotax and the BRP logo are trademarks of Bombardier Recreational Products Inc. or its affiliates.  All other trademarks are the property of their respective owners. 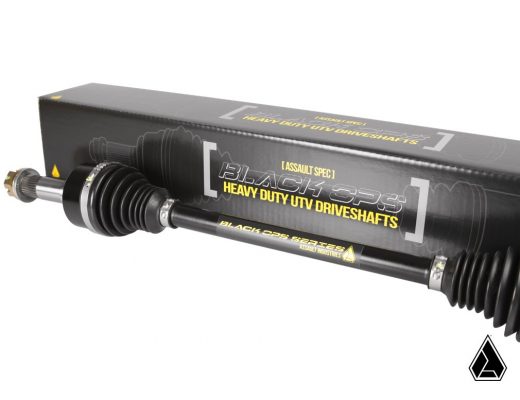