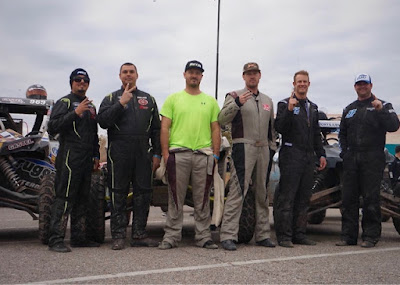 “Our Maverick 1000R Turbo race teams started off the year with great success at the BITD opener and made a clear statement that Can-Am is a force to be reckoned with this year,” said Jeff Leclerc, Racing Project Leader, Can-Am. “Our Can-Am racers — no matter the class — are determined to win BITD championships and this is exceptional start to a long season and a perfect way to highlight the capabilities of our off-road vehicles.” 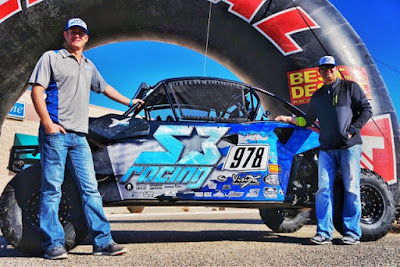 Round one of the BITD schedule, the Parker 250, stopped in Parker, Ariz. The new season also brought a new class, the all-new UTV Turbo (Pro Turbo Production) class. Can-Am had several teams competing in several classes at the opener, as the Maverick side-by-side vehicle count continues to rise.
S3 Racing finished with a two-lap time of 3:13:51.737 to win the class. The team had to overcome a few issues to reach the finish and notch its second straight class victory in the BITD side-by-side series.
“It was a tough day against some really fast guys. After some troubles and help from our amazing crew, Shane and I were able to battle back to the front to take the victory,” said Jones on his Facebook page.
Gastel (Rugged Radios / Racer Tech) and co-pilot Josh Lucero finished a little more than a minute behind the S3 / Can-Am team to take the runner-up spot and third place on the overall podium. The No. 1917 Can-Am / ITP / Murray Racing Maverick MAX Turbo of Derek Murray, Jason Murray and Monty Aldrich scored the third-place UTV Turbo class podium position with its two-lap time of 3:16:12.287, which was less than a minute behind Gastel.
Robinson, representing S3 Racing / Can-Am and riding solo, put his Renegade 1000 X xc atop the Expert Ironman ATV class. His two-lap time of 3:30:47.884 made him the top ATV finisher and secured seventh overall in the entire Motorcycle and Quad Ironman division. Also, the Dynamic Airways / Jet MidWest-backed Can-Am Maverick of pilot Jason Farrell and co-pilot Anthony Perez finished second in the Unlimited class and 16th overall.
About BRP
BRP (TSX:DOO) is a global leader in the design, development, manufacturing, distribution and marketing of powersports vehicles and propulsion systems. Its portfolio includes Ski-Doo and Lynx snowmobiles, Sea-Doo watercraft, Can-Am all-terrain and side-by-side vehicles, Can-Am Spyder roadsters, Evinrude and Rotax marine propulsion systems as well as Rotax engines for karts, motorcycles and recreational aircraft. BRP supports its line of products with a dedicated parts, accessories and clothing business. With annual sales of over CA$3.5 billion from 107 countries, the Company employs approximately 7,600 people worldwide.
www.brp.com
@BRPnews 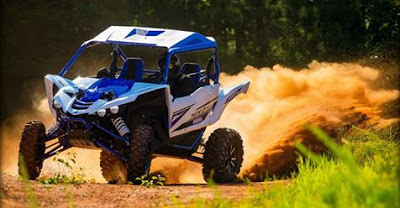