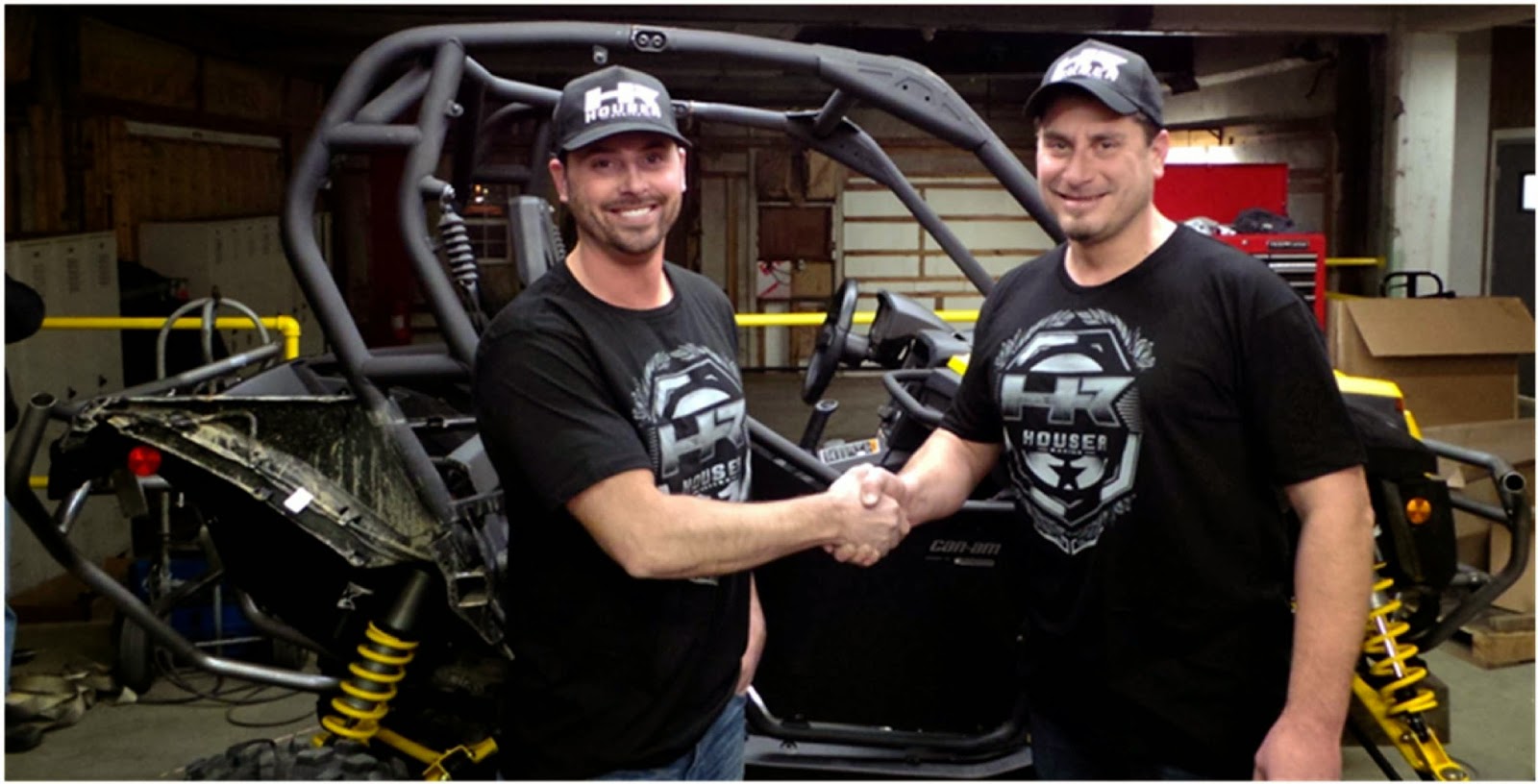 The Can-Am / JB Off-Road Team signs on with Houser Racing for the 2015 season. Team members Larry Hendershot Jr., and Tim Farr will each be driving a 2015 Can Am Maverick XRS 1000.

Houser Racing and JB Off-Road have had a working relationship for several years. Houser also previously provided sponsorship support to team member Larry Hendershot Jr. when he raced a Houser/ Yamaha YFZ 450 ATV. Team owner, Jody Bateman, and Hendershot know the quality, precision, and craftsmanship provided by Houser Racing. They knew exactly where to turn for some of the aftermarket parts required for competitive racing. Houser has been working with the team to design and manufacture : Suspension components, Side Bars, Roll Cage, Chassis bracing, and Front & Rear bumpers to meet the specifications they require.

Tim Farr and his co-pilot, wife- Julie, finished 3rd overall in points in the highly competitive 2014 GNCC XC1 UTV Series. A highlight of their season was winning the Ironman for the second year in a row. Larry ended up 6th overall in the GNCC XC1 UTV class . Plans for 2015 will see both team members going for the GNCC XC1 UTV Championship.