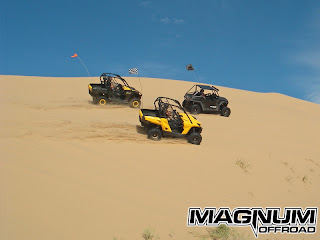 After a long wait from the dealer, and looking at them sitting in the shop for the past few weeks, it was finally time to take the cars out and see if they would really live up to all of our expectations. Glamis was the destination, and after assembling a small assortment of UTV’s to make our comparisons to we were off! The group consisted of 2 Polaris RZR4’s, a Polaris RZR S, an LT Polaris RZR, 2 Kawasaki Teryx’s, a semi-built Yamaha Rhino 660, and our 2 Can-Am Commanders. I figured that this would be a good group to measure the Commanders overall performance against. 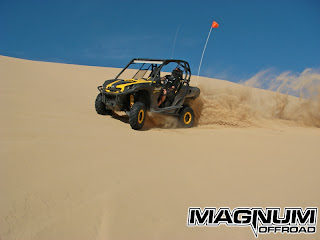 My initial impression behind the wheel of the X was nothing short of WOW! I have driven almost every UTV under the sun and this was definitely a whole new animal. The factory seats were comfortable with just the right amount of containment. I had swapped out the factory belts prior to the trip with Beard 4-points and was happy I did. The steering was tight and crisp, and gave an almost sport car feel. I loved the ratio of the rack, and felt that driving it through even tight technical dunes was almost effortless. After experimenting a little I definitely preferred to dune it in AWD vs 2wd. The Visco lock pulled hard and I could feel it right through the wheel. 2wd was fun for drifting the rear end around, but AWD was the ticket for pulling away from the pack! The Commander would literally pull away from all of the other UTV’s with us at will. It was amazing! 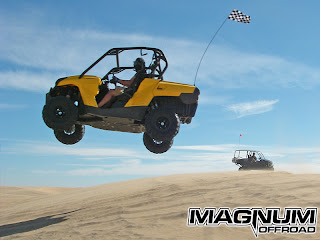 Our base model Commander 1000 was just as fun. We installed a set of DWT Diablo beadlock wheels in favor of the stock steelies, and changed out the factory shocks to some Fox RC2’s that we custom valved. The rear swaybar was removed, and the car rode just as good if not better than the X. We were able to tackle the biggest whoops that Wash Road had to offer at 55mph +. Body roll was minimal, and the transitions and landings were super smooth. We found the only weak link to be the oem shocks on the base and XT Commanders. Swap those out and your running with the X all day long!

Our biggest test was the dreaded “nose-dive” myth of the Commander. We were a little nervouse on the first few jumps, but found this not to be a problem when proper ramps were chosen. The Commander flew true and level, with no feeling of engine braking or nose diving. This was my biggest concern after purchasing the Commander, and now I am confident that they will fly just as the rest when done properly.

Overall I give the Commanders a 10! Can-Am has definitly raised the bar and given us UTV enthusiasts exactly what we were looking for in a sport UTV. 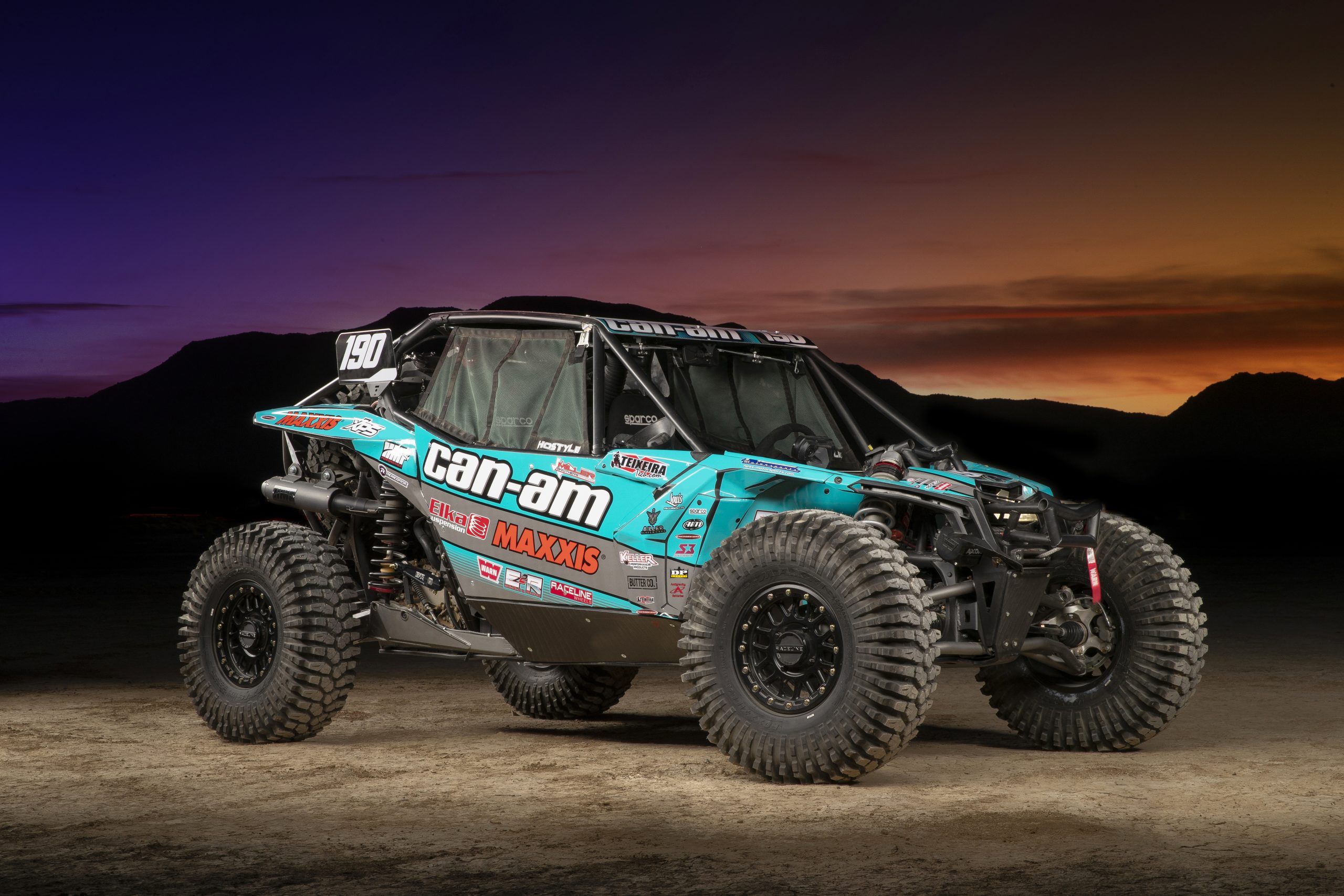 Maxxis Drivers Dominate at King of the Hammers UTV