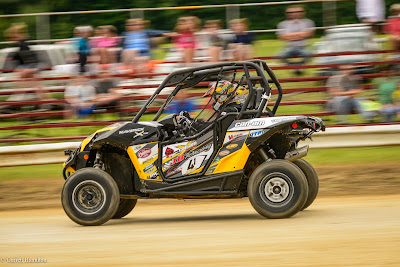 “Can-Am racers have had a busy and successful two weekends of racing in late July and early August. JB Off-Road / Can-Am team members Tim Farr and Kyle Chaney earned wins with their Maverick 1000R X® rs vehicles proving the sporty Can-Am side-by-side vehicle is tough to beat,” said Jimmie O’Dell, Race Manager, Can-Am. “On the ATV racing side, Josh Creamer dominated two classes at round seven of the New England ATV Motocross series and earned another top-five finish at round nine of the AMA ATV MX series to maintain his third-place position in the Pro class points race. We wrap up that motocross series this weekend and have a very busy and successful August planned.”

Mathieu Deroy (4-Stroke A) and Travis Spader (Junior 25+, Senior 40+), who also earned second in the Vet 30+ class, were the other two Can-Am racers to earn victories. Can-Am DS 450 racers also earned podiums in the 450A, 16-24 and Open C classes. The AMA ATV MX series finale is this weekend at Loretta Lynn’s in Hurricane Mills, Tenn.

NEATV-MX
Can-Am DS 450 racers won four classes and earned a total of 13 podiums at round seven at MX101 in Epping, N.H. Creamer, the reigning 2012 Pro and Pro-Am class champion, returned to the NEATV-MX series and won two classes aboard his Can-Am DS 450. He won both the Pro and Pro-Am classes with 1-1 moto scores to earn his first overall wins since 2012. In terms of points, this was only the fifth round of racing because rounds five and six were canceled due to poor weather and track conditions.

GORS
Round five of the Georgia Offroad Racing Series was held Saturday, July 27, at Palmetto Motocross Facility in Gaston, S.C. JB Off-Road / Can-Am racer Kyle Chaney, despite two poor starts, took the overall motocross win in his Can-Am Maverick 1000R X rs. He then paired that victory with a fourth overall in the two-hour afternoon endurance race in the sandy, rough woods to earn his first win in the series. Round six of GORS will run Sept. 28.

ISCS
Zac Zakowski (ZMS / Can-Am) won three classes in two rounds of the new Iowa Short Course Series. He won the Utility 4×4 class on his Can-Am Outlander™ ATV at both rounds and also won the Open UTV class in his Commander 1000 at round two. This past weekend at round five of the Iowa ATV Hare Scramble Series, Zakowski finished fourth in his Maverick 1000R X rs but won in Utility Open class on is Outlander 4×4. 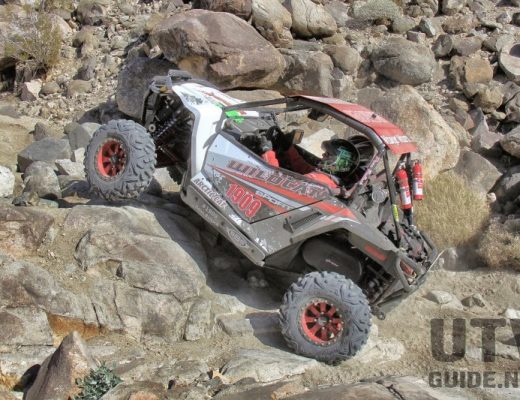 2015 WILDCAT 700 SPORT CRUSHES COMPETITION AT KING OF THE HAMMERS