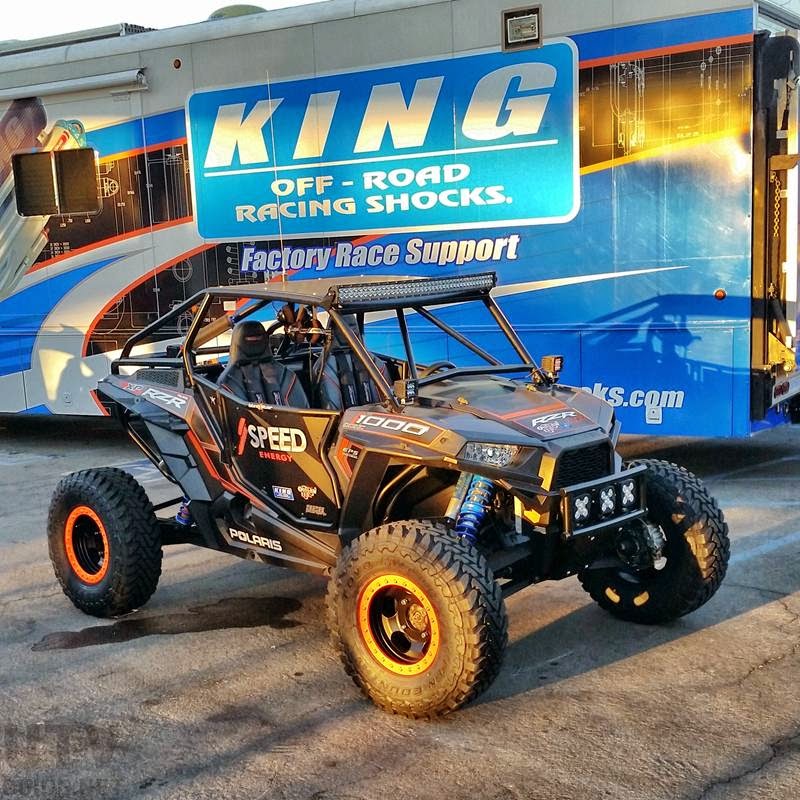 The former gold-medal Olympic decathlete and reality television star is a noted car and on-road racing enthusiast, and once raced the Frontier 500 off-road race in 1984 with Ivan “Ironman” Stewart.  But having a son that not only races in the Stadium Super Trucks series, and is an avid off-roader that has actually raced an Arctic Cat Wildcat in the 2013 King of the Hammers UTV Race must have rubbed off on Bruce.

According to Burt, his Dad had to have Gordon’s XP 1000 and according to his Instagram post, his Dad bought it from Gordon for $50,000 and plans to race King of the Hammers and maybe the Baja 1000.

In addition to his 2013 run at King of the Hammers, Burt has raced in a few Best in the Desert races in his Arctic Cat Wildcat including The Mint in 2013. He reportedly will return to race King of the Hammers in 2015, and is currently looking to build a new UTV to race alongside his dad.

King Of The Hammers event features a rugged 100 plus mile course that cuts through the Johnson Valley OHV Area, which is nestled between the Mojave Desert and the San Bernardino Mountains. The Hammers course forces racers through technical, slow-speed rock sections, whoops, sand and runs with unforgettable names like Chocolate Thunder, Clawhammer, Aftershock and Fissure Mountain to name a few.

Although many famous off-roaders and a few celebrities have raced at King of the Hammers, most race in the Ultra4 cars during the big race at the end of the week-long event. If the Jenner’s actually make it to the lake bed to race the KOH UTV race in February, it will certainly bring even more media attention to the UTV race.

About King of the Hammers

ULTRA4 Racing is the official web site of Hammerking Productions. The founders of Hammerking are the force behind the toughest one-day off-road race on the planet: King of The Hammers. King of The Hammers takes place each year in February, on public lands in Johnson Valley, CA. The race has evolved from 12 teams racing for bragging rights and a case of beer, to more than 300 teams competing before more than 35,000 fans in person and nearly 500,000 watching online. Due to the incredible success of King of the Hammers, Hammerking has created an ULTRA4 Racing Series with seven races held throughout the country. Each of these races is a qualifier for the King of The Hammers race each year.

More information can be found at: www.ultra4racing.com