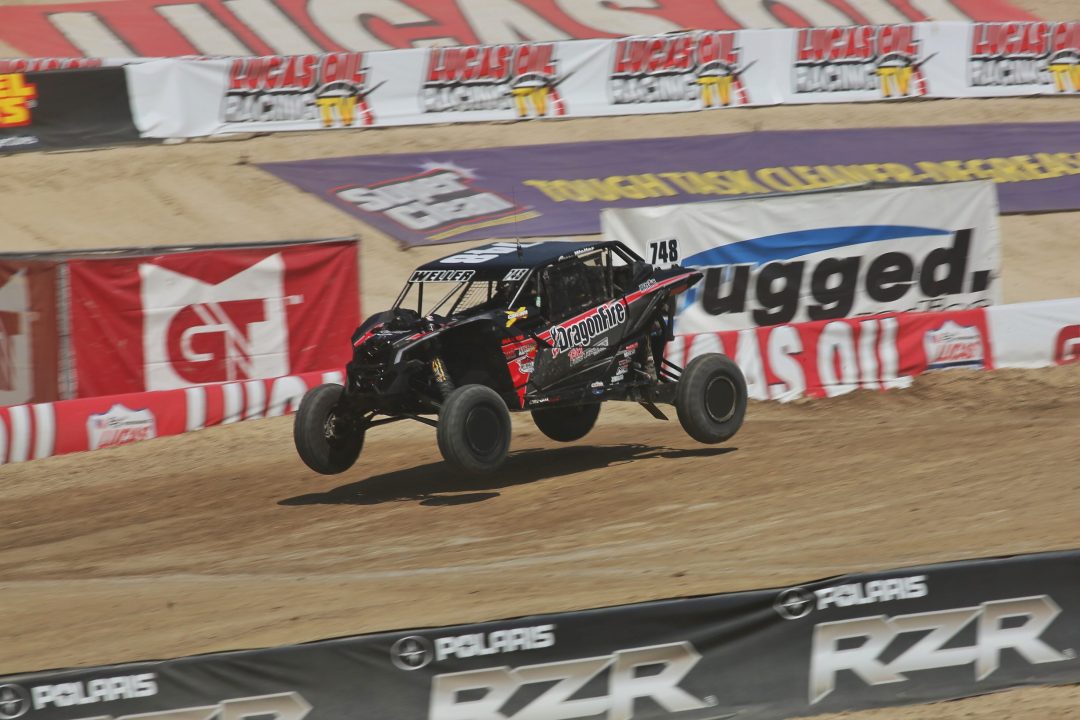 The events were held at the nearly one-mile, five-turn short track that is one of the more technical circuits on the tour. In the UTV Production 1000 class, Heger moved his podium streak up to eight by finishing second in Friday’s race and third on Saturday. He now leads the title chase by 63 points.

“The track was super grippy and we weren’t expecting that,” said Heger. “It threw a curveball at us, but this is a good finish. We’re here for the championship, we’re keeping the podium streak alive, and that’s all that matters.” In Turbo UTV, Corry Weller and O’Brien kept their team rivalry alive as they battled in the two races. Weller won Saturday’s race, and nursed a broken car to finish third Friday. She is now in a numerical tie with O’Brien in the points.

“I didn’t have a lot of high hopes because Utah historically hasn’t been a good track for me,” said Weller. “Right out of the gate we were fast and we had a great weekend. I would to get into the points lead and get a cushion, but I really think it’s going to come down to the wire.”

Weller led a podium sweep by Can-Am Maverick X3s in Saturday’s event. The surprise finish showed the Can-Am is competitive in both the horsepower and handling departments.

“A lot of people thought Polaris would have an advantage at this course,” said Weller. “We proved that these Can-Ams can pretty much do it all, and do it well.”

“I needed that win because I was struggling,” explained O’Brien. “I did some testing during the regional here last weekend, so I was looking to have a good weekend. This points battle is really going to come down to whoever can win Wild Horse at the end of the season.” Jason Weller also had a consistent weekend in Production 1000 UTV. He finished fifth on Friday after a spirited run through the field. He backed that up with an eighth on Saturday. He remains third in the championship, just four points out of second. He credited the onsite Maxxis tires team for helping him find a tire combination that worked.

“I was in safety mode and I think I did what I needed to do to salvage the weekend,” said Weller. “The Maxxis guys were super helpful all weekend. They did everything they could to give us a tire that worked. They stepped up and helped us out.”

The Weller Racing team will return to action when the series heads to Glen Helen Raceway in Devore, CA. The doubleheader weekend is scheduled for September 21-22.