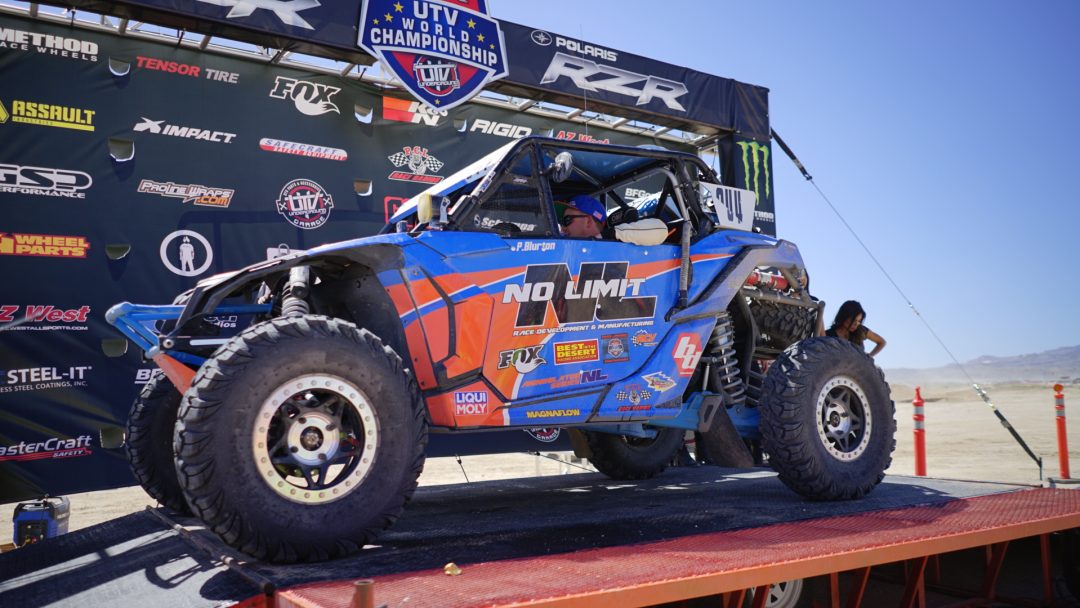 It’s great to see Phil Blurton get his first career ‘Best In The Desert’ win — and do it on ITP Ultra Cross R Spec tires,” said Rhett Turpin, Head of ITP Sales. “The UTV World Championship continues to grow in both the number of racers and international prestige, so a 1-2 finish in the long, difficult desert race is fantastic – and especially gratifying to ITP engineers.” Blurton, a small privateer racer, started from the third row in the long course race at the UTV World Championship, but still overcame the grueling course, stiff competition and gnarly terrain to earn his first career UTVWC title and Best In The Desert victory in his new Can-Am Maverick X3 with ITP Ultra Cross R Spec tires. (Foley)

Blurton, a Pro Turbo class rookie, and his co-pilot, Beau Judge, started on the third row, but eventually worked their way to the front on the challenging 16-mile desert course outside of Laughlin, Nev. Their No. 944 Can-Am Maverick X3 SxS, outfitted with 8-ply, 31-inch ITP Ultra Cross R Spec tires, ended the day in front of more than 100 other vehicles competing in the “Safecraft” long course desert race. It was Blurton’s first BITD win in just his second start in the series. Justin Lambert (Cognito Motorsports / ITP / Polaris), the reigning UTV Production class champion, finished second overall and second to Blurton in the Pro Turbo UTV class. Lambert appeared to be in the driver’s seat for another UTVWC win, but a small mechanical delay ended up slowing him down enough to allow Blurton to capture the lead based upon adjusted time. 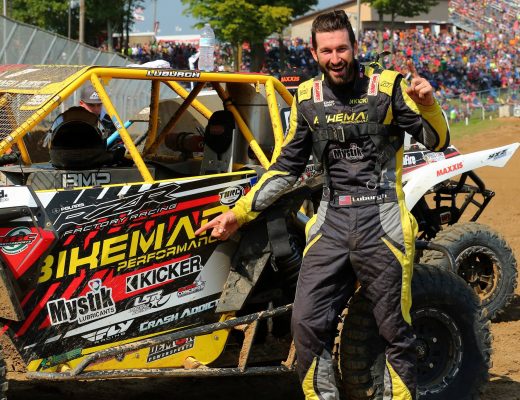