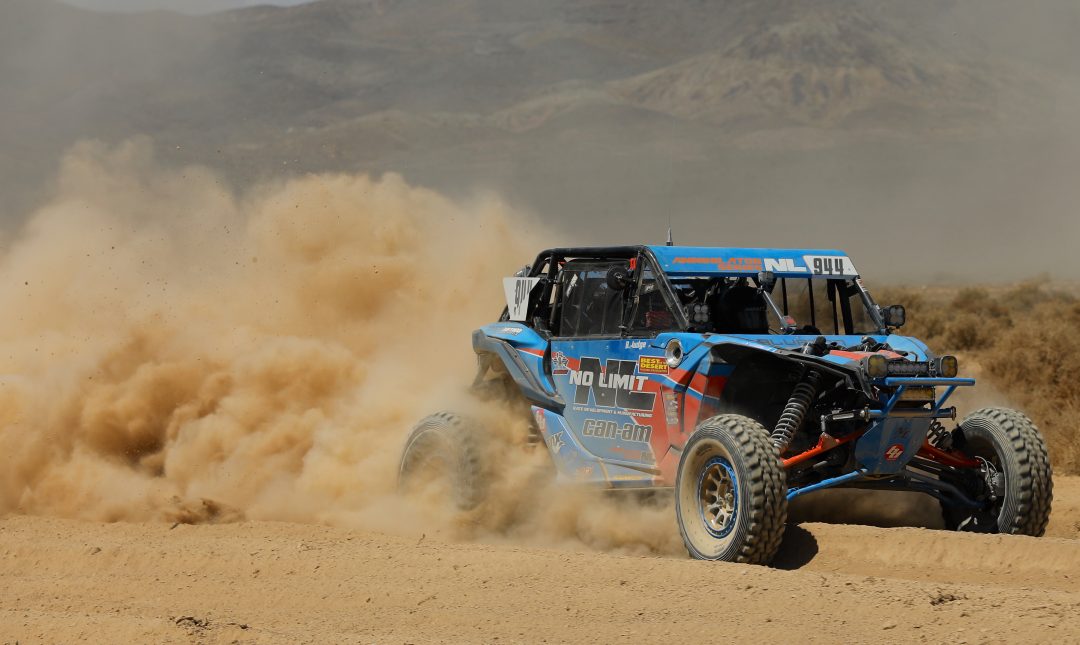 Phil Blurton won the UTV Turbo class at the 2017 Best In The Desert Vegas To Reno race in Nevada, which is dubbed the longest off-road race in the U.S. Blurton, who has a deep knowledge and skill set from growing up in the off-road and desert-racing scene, has taken the BITD UTV Turbo ranks by storm with back-to-back wins in his rookie season and first year behind the wheel of the Can-Am Maverick X3 Turbo R vehicle. Blurton and his team of Beau Judge, Ken Ruff and Eric Miramon, put the No. 944 Can-Am / No Limit R&D Maverick X3 vehicle in front of 49 other UTV Turbo class competitors as the end of a grueling 540-mile course. Blurton finish in a time of 11:38:49.205 to earn its second straight BITD victory, following up his UTV World Championship win earlier this season. Phil Blurton and co-pilot Beau Judge put the No. 944 Can-Am / No Limit R&D Maverick X3 Turbo R side-by-side vehicle atop the podium at the 2017 Best In The Desert Vegas To Reno race in Nevada.

“This was definitely the roughest courses we’ve ever raced and our Can-Am Maverick X3 ran flawless all day. We put a lot of time in the car to prepare it for V2R, knowing it would be a challenging race, and also prepared our bodies prior to the race to ensure we were ready to go,” said Blurton. “We kept the Maverick pretty much as stock as we could – aside from adding our No Limit parts and the mandatory parts to race BITD.” Logan Gastel started the day 40th out of 50 UTV Turbo class competitors, but ended up on the class podium in third place in his Can-Am Maverick vehicle.

Maverick Turbo side-by-side vehicle racer Logan Gastel joined Blurton on the UTV Turbo box, earning an impressive third-place finish with his No. 969 Can-Am / Rugged Radios-backed vehicle. His time of 11:45:36.053 and podium placement was rather impressive considering he started the race 40th in the UTV Turbo class. “Monster” Matt Burroughs and his crew started 29th in Vegas, but were just five seconds off the adjusted time lead by pit three. However, at the finish line in Reno, the No. 948 Can-Am Maverick X3 race vehicle ended up with a time of 11:51:28.249, giving them a solid fourth-place finish. Matt Burroughs and his team of co-drivers started 29th in the UTV Turbo ranks and came away with an impressive fourth place finish with their Monster Can-Am Maverick X3 Turbo R side-by-side vehicle.