Lake Havasu City, AZ (3/26/2013) – Team Blingstar put their Polaris RZR XP 900’s to the test at round three of the Rocky Mountain ATV MC WORCS Series. The race was rough and the track was brutal; Nick Nelson pulled off a fourth place finish for the day in the Pro Production SxS Class. Teammate, Clint Roberts had a strong run going, but a mishap on lap 4, which set him on the sidelines.

Nick Nelson got off the line and quickly started pushing for the lead pack. Nelson used his  Polaris RZR XP 900 to get from seventh on lap one to fourth on lap four. Nelson put on a hard charge and turned his fastest lap on lap one, a 06:49.392.

“The track was brutal, there was carnage everywhere. I just tried to charge and keep the RZR together,” said Nelson.

Nelson was able to cross the finish in third, but was finished in fourth on adjusted time. He credits his Polaris RZR durability for being able to withstand the tough track.

“Everything worked well. My DWT Tires and Tireblocks gave me all the traction I needed and the RZR XP 900 handled solid. I am looking forward to round four; my RZR will be rebuilt by Pro Motorsports and ready to rip,” regarded Nelson after the race.

Blingstar’s Clint Roberts got off to a good start; he knew how rough the track was and was concentrating on just getting a finish, until a lapped rider got stuck in front of him. Roberts was stuck for almost twenty seconds and went into race mode once he was rolling.

“I really wanted to rip after that hold up. I started to push really hard,” said Roberts.
Roberts continued his charge until lap five when he hit a hard hole and broke a tie rod. He was able to muster a 16th place finish for the day; although he suffered a misfortune at this round, he is excited for round four.

“We’ve really got the RZR XP 900’s going well. The FOX suspension and run flat DWT tires helped get us through this brutal race track. We were running the new Blingstar Memory Foam Harnesses, the Blingstar doors that are lighter and more race oriented, and our new PCI Race Radios to communicate with our spotters/mechanics, regarded Roberts of his Blingstar RZR XP 900.
With round 3 in the books, Blingstars Nick Nelson is sitting second in points for the Pro Production SxS Class. Roberts has a solid top ten ranking; he has 33 points which puts him in ninth overall.
The Blingstar pair has just three weeks to prep their Polaris RZR XP 900’s for round four of the WORCS Series. The next round will be April 19th -21st at Sand Hollow in Hurricane, Utah. As the series reaches its midway point, there is no doubt that both Nelson and Roberts are a threat in the Pro Production SxS Class. 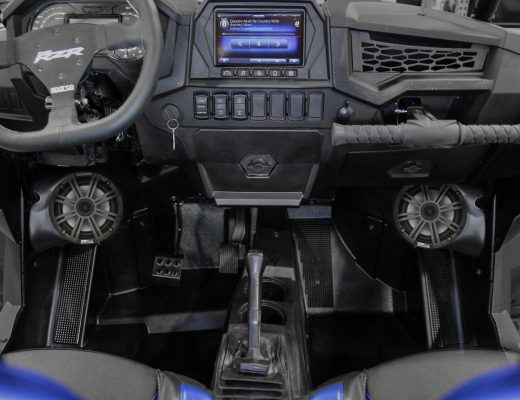