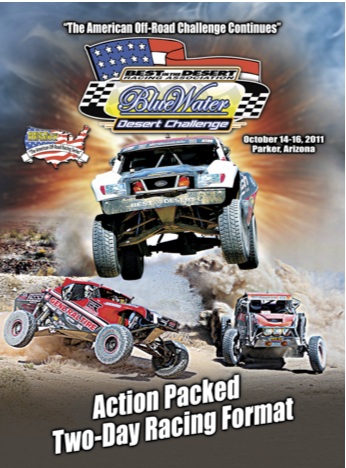 This is the second year running of the Blue Water Desert Challenge. Last year saw more than 180 cars, trucks and UTVs for the inaugural event and has already become an exceptionally popular event with both racers and fans. As soon as the dust settled at the Vegas to Reno race, racers started telling each other, “I’ll see you in October in Parker.” The unique format still allows competitors to log in more than 150 miles of challenging desert racing over the course of two days. It also offers the racers to make adjustments and fine tune their vehicles for the second day of shoot-out style competition.

Two full days of non-stop racing on an exciting 26 mile long course that treats the racers to the likes of John Wayne’s Gorge, Marilyn’s Romp, The Matterhorn, The Sand Pile, Parker River Run, The New Thunder Alley and The Snake Pit. Casey Folks, director of Best in the Desert, said, “This course is a racer’s dream come true…an off-road racer’s Disneyland. It not only features the famous “Parker Python”, but also a wide selection of tough terrain that’s sure to please and challenge every team – every racer.”

Unlike other Best In The Desert races where the Trick Trucks and Class 1500 cars compete head-to-head for the coveted first starting position and $1000 “Team Ford” Pole award, they will have separate “time trials” for the two classes as they race in different heats. So for this race only, the sponsor of the Pole Award – Team Ford-Lincoln owner Steve Olliges stepped up to the plate and said, “Since the Trick Trucks and Unlimited 1500 vehicles have their own individual class time trials and their own races, I am pleased to pay out our $1,000 Pole Award to the TWO fastest classes – each class will have their own Pole Awards. Both winners of the time trials in their respective classes, which run on the Thursday before the race, will take home $1,000 each in cash, plus the beautiful “Team Ford” engraved Pole Award trophy to boast over with their friends and fellow competitors!” 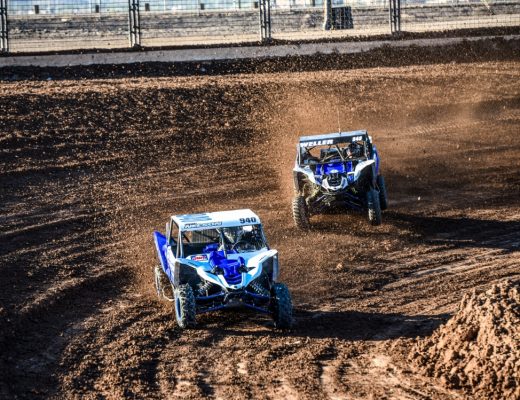