I’m finally home from the 27th annual Baja 1000 after nearly 10 days south of the border and boy does it feel good to be home. This year’s event would be one of the toughest Baja 1000’s ever. When the elite Trophy Truck class can only muster a 46MPH average you know it must have been tough. Just like any trip south of the border I have endless stories to tell from the trip down and back to the pre run let alone what happened during the race.

Let me start off by saying thank you to those who made this such a memorable trip this year. The entire Dragonfire crew of Todd, Jack, Seth and Darren put together and outstanding program, Todd and Ross at Fox for a great suspension setting. Everyone at ITP for the bullet proof wheels and tires, Mike Lasher for being a great pre run partner and our communications expert and to my teammates, Hans Waage, Todd Ramano, and the Baja Legend, Larry Roeseler. Thank you all for making it happen! The pre race activities and prep were running along smoothly when we developed an issue with the ITP car during our final tuning session. The Nessy 1 was already tuned and ready to go but now we needed to change our attention to fixing the issues with second car before we did any more prep or pre running. Luckily the team was fully prepared and we installed a new bullet in the 1801 ITP car and set off to tune the car a final time. Just when we thought the tuning was finished a second problem occurred. This meant another rebuild and another day lost to prep.

The ITP car was finally up and running and we ran the start section in the 1803 car as a final shake down. We decided that night to do a visual on the valves just to make sure and we found the problem that caused the failure on the ITP car before it ruined our day. The valve spring retainer developed a crack and would have failed for sure had we left it alone. I wasn’t too worried as we still had about 18 hours before the start of the race.

Darren and Seth did a great job of swapping out some engine parts and we were back up and running the first thing the next morning. During the final assembly we didn’t fully tighten an oil line and when we ran the car down the highway she sprung a leak. Good news and bad. Good news, we found it before the race and bad news because staging was a mere 30 minutes away. How much more could go wrong before the race? That thought entered my mind for sure but I stayed calm and knew we could make it all work in the end. As it turned out we made the start with plenty of time to spare and my blood pressure and heart rate could return to normal in time to take the green flag.

To say this race was brutal would be a gross understatement. The dust was so bad at one point I was forced to make forward progress only using my GPS to guide me. It sucked to be limited on Laguna Salada to a mere 30-40 MPH but when visibility was zero that was the best I could do. I drove the first 200 miles and I passed more broken and stuck ten cars than you could imagine. Other then severe dusty conditions things seemed to be going smoothly for the Monster Energy DragonFire Teryx Nessy. Both Todd and I got stuck in a bottle neck but he really got the short end of the stick as he had to sit motionless for over 30 minutes at RM573. My bottleneck was early and only lasted 5 minutes tops although it did seem like an eternity.

Hans drove the second section flawlessly and gave the car to Todd in perfect condition. We had already decided to do an air cleaner swap and a belt change at RM395 but as it turned out we did not need to do either but we did just to make sure. Todd finished the Mike’s section just as the sun was coming up and gave the car back to me. Lasher installed a new GoPro camera while I changed the pedal location (it’s hell being short). I handed the Teryx over to my hero, Larry Roeseler, who had already finished the race in his Norman Motorsports Trophy Truck. LR had his pre runner down there and needed to get it back to Ensenada so I jumped at the opportunity to get behind the wheel. We jointly decided that I should follow him up the course in case he ran into any trouble so I followed him to Santo Thomas before he headed east back to Ojos Negros and our final pit. LR ran a solid anchor leg with zero troubles and brought the car home for a class win and a finishing time that puts us in a great overall position. Not only did we finish well but we were faster then many classes that started before us. As it goes in Mexico, anything can happen and it is never over until you take the checkered flag. It could have been a disastrous event if we weren’t as prepared as we were. The Nessy has again proved her toughness and agility in the worst Baja could throw at her.

This could not have been possible with out the following supporting cast: DragonFire Racing, Monster Energy Kawasaki Team Green, ITP Tires and Wheels, Fox Racing Shox and the entire hard working crew that put it all together. 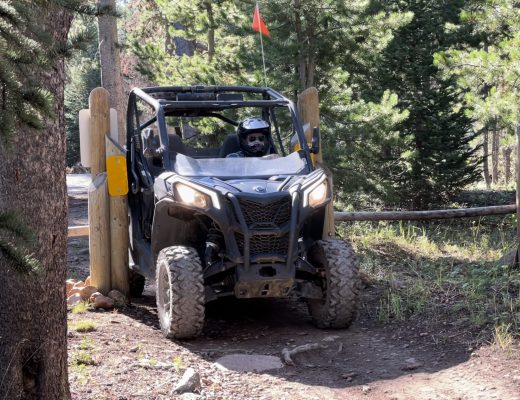