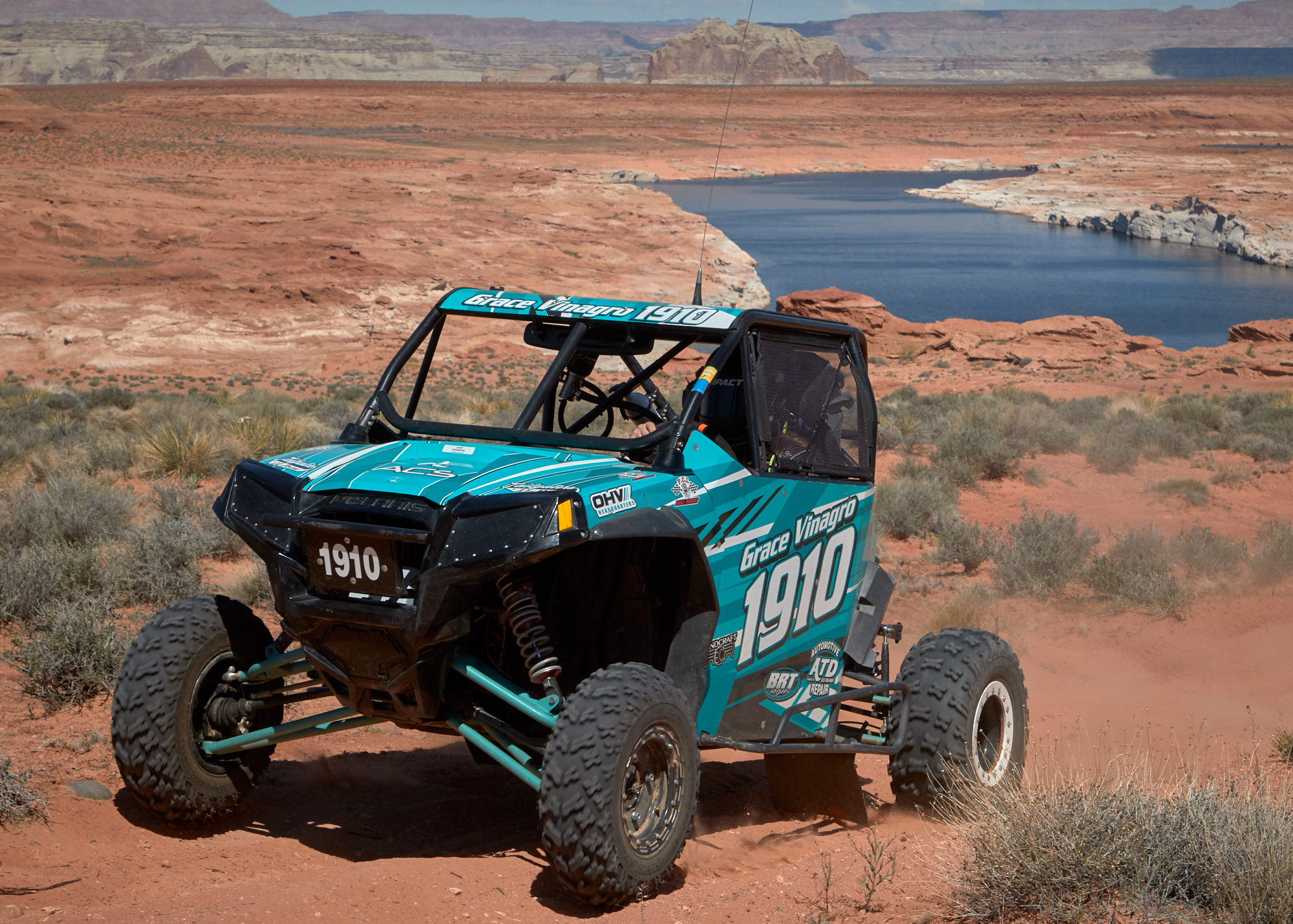 The Arizona Offroad Promotions Rowley White RV Series made its way north to Page, AZ and the picturesque edge of Lake Powell for the third round of the 2019 season.  Though the Lake Powell race has been a staple of the AZOP series, this year’s race weekend – which was presented by Page Honda Polaris, B&B Auto Repair, and Antelope Slot Canyon Tours – featured a new format in the form of a short-course grand prix race on Saturday and a long-course hare scramble on Sunday.  The Saturday short course was a heavily whooped-out and mostly very sandy 5-mile loop, while the 15-mile Sunday course used the first half of the short course, but then split off and ran down to the bluffs above the lake which kept competitors on their toes by sending them out of the soft red sand and onto the slippery rocks.  The rocky sections were surprisingly technical, with steep drops, off-camber sections, and softball-sized rock gardens leading directly into sandy climbs.

Racers and volunteer sweep-riders all seemed to agree that this was one of the most challenging and interesting tracks AZOP has ever run.  I can personally attest that my poor KLX 450 got dumped in the deep sand a handful of times, and I heard several of the sweep riders make similar remarks about their own rides.  Sure enough, a cursory glance at social media after the weekend revealed a wealth of helmet-cam footage from riders struggling through the various sections of the course.  In the end no one was complaining and even the riders and drivers who struggled seemed to appreciate the challenge posed by the AZOP track-makers. 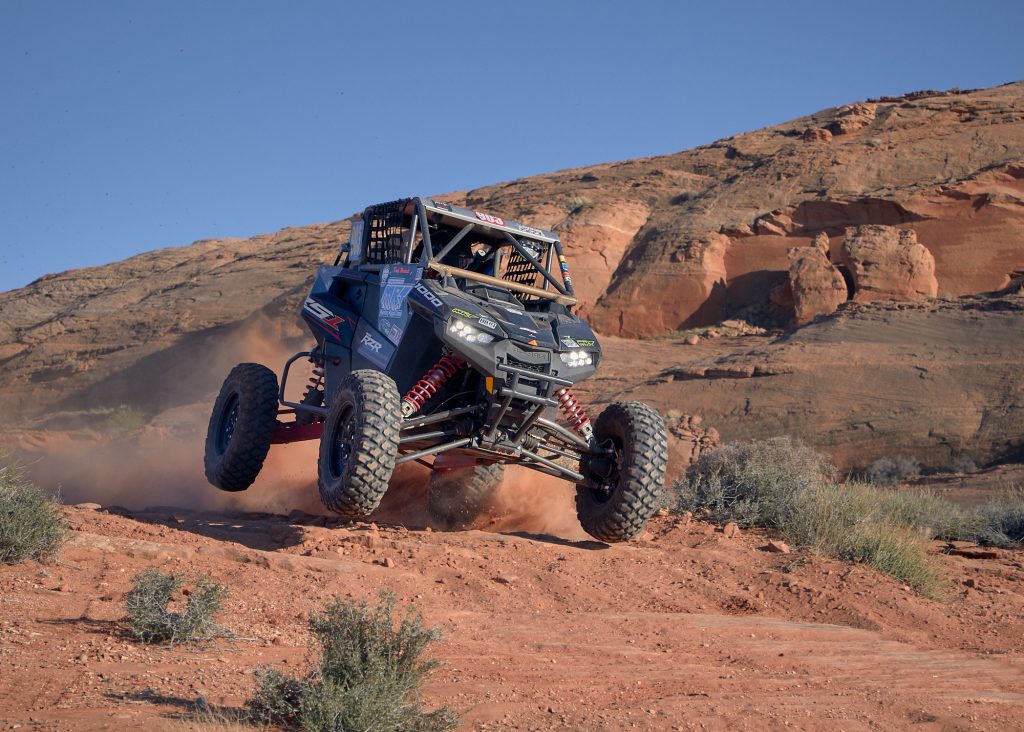 Saturday’s racing started bright and early as a beautiful, calm day dawned in Page.  The “pee wee”  classes were up first as they took to their own short course, which was essentially the infield area of the full size track near the pits.  Even for the kiddie classes, the course was sandy and difficult, with some big whoop sections and steep hills.

The 170/250cc UTV’s were up first with four entries – all competing in the 170cc class.  The top three drivers all managed to finish 12 laps across the 30 minute race, with Liam Salas Fisher (115) eventually winning by a few seconds over Stevie Mclaws (66) and Erik Alvidrez (116).

With the afternoon wearing on, it was time for the UTV’s to have their opportunity to challenge the deep sand.  The 570cc class had three entries, with Grace Vinagro (1910) taking the win over teammate Ellie Koester (1901).  Third place went to Chelsie Lee (212).

As the 570’s cleared the course, it was time for the UTV main event to get started.  With the sun falling low in the western sky and long shadows falling across the course, the 16 entries across four classes hit the starting area.  The Pro class and overall was won by Aaron Henry (209).  Kody Winiecki (903) took second in the class and overall. 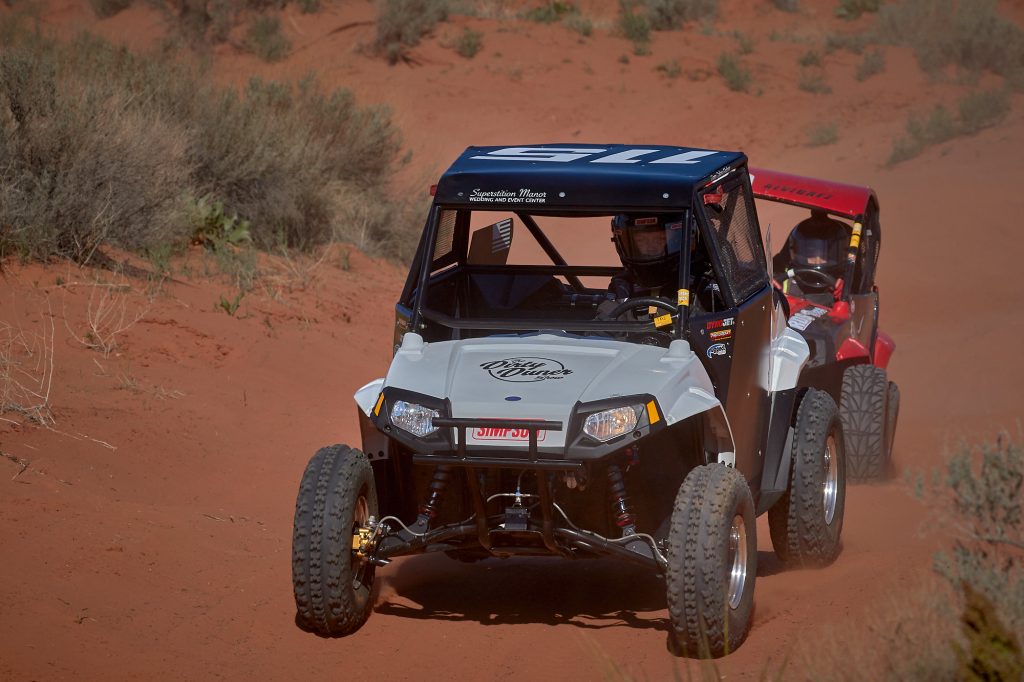 As a second day of perfect weather dawned on Sunday the pits were buzzing with activity as the first time format change called for a very different course that would force riders and drivers to adapt on the fly without the benefit of having seen the full track the previous day.  As the larger classes made their preparations, the pee-wee riders and drivers took to the short “infield” track to duke it out in the sand.

The 170/250cc UTV’s were out first to finish up the “pee wee” course races for the weekend.  Stevie Mclaws (66) jumped out to an early lead and reeled off 13 hard laps, taking the win over Liam Salas Fisher (115) and Erik Alvidrez (116), respectively.  Salas Fisher owns the series lead at 111 points, with Mclaws in second with 98 points, and Ryder Wilson in third with 80 points.

With the shadows elongating across the course and the prospect of the work-week beginning the next day, the decision was made to combine the 570cc UTV race with the full-size UTV’s.  The two entries in the 570’s would start at the back of the field and would only run one lap of the full hare scramble course, while the full size machines would run the full 1.5 hour race.

The overall win went to Bill Nash (3262) in the Unlimited Turbo class.  Tobias Gavin (1212) took second in the class, followed by Bruce Sutton (617) in third.  Dan Hurn sits in first place in the class with 64 points, while Greg Hamilton is second with 58.  Gavin sits a very close third with 55.

In the Pro class it was Aaron Henry (209) taking the class win (and second overall) for the second day in a row.  Kody Winiecki (903) took second in the Pros and third overall.  Winiecki owns the points lead with 117, followed by Brian Crawford at 64, and Henry in third at 60.

In the 570cc class it was Grace Vinagro (1910) once again taking the win.  Ellie Koester (1901) repeated her second place finish from Saturday.  Vinagro leads the overall points at 120, with Mia Lloyd in second with 81, and Koester in third with 63. 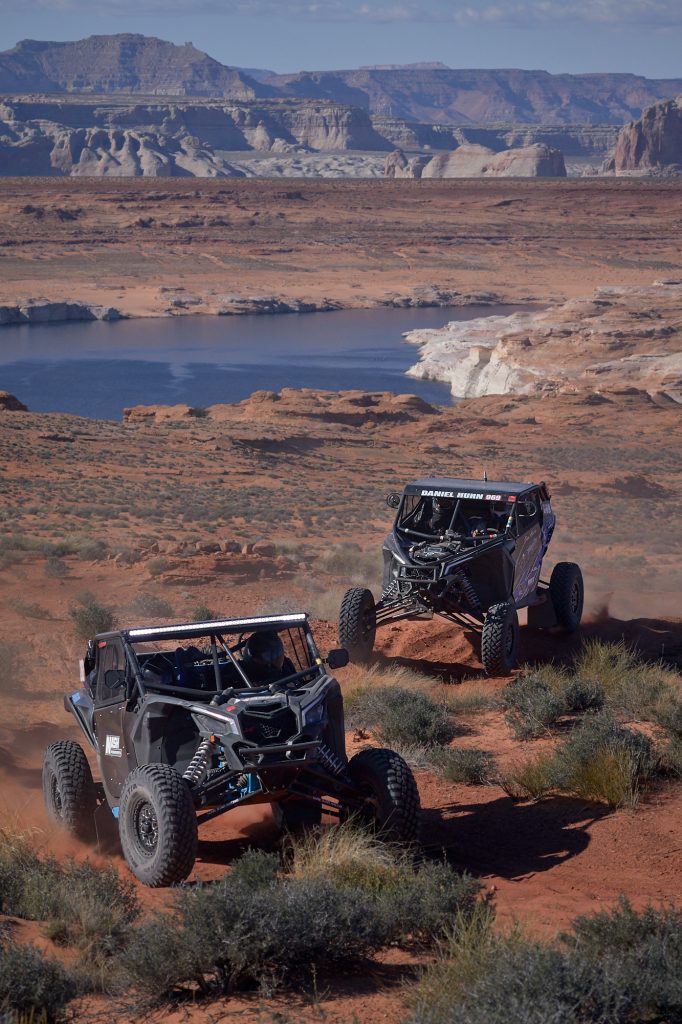 As always AZOP would like to thank all of the sponsors, staff, volunteers, racers, and spectators for making this another successful and fun weekend of racing.  For more coverage, videos, and photos or to find out about upcoming events go to www.azopracing.com.

#FrontEndFriday courtesy of @a.darnell_ Who knows

Incredible terrain in Saudi Arabia during the @dak

@franciscochalecolopez sitting in first place over

Would you go as deep as @slewcrewoffroad ?? ・・