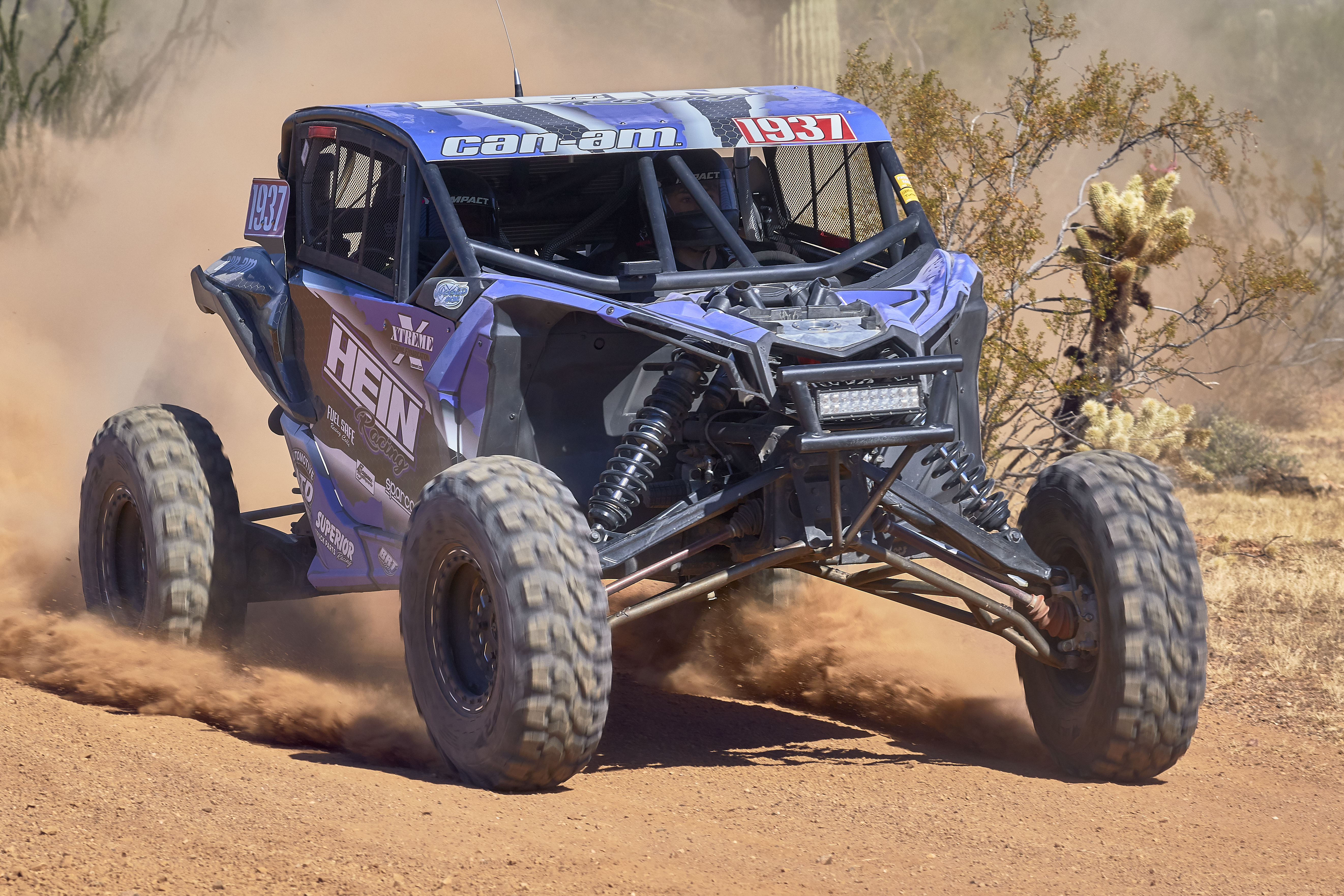 With autumn shortening the days and lowering the temperatures in Arizona AZOP brought racers back to
beautiful Wickenburg for the second Vulture Mine hare scramble of the season. Ever a competitor
favorite, the tenth round of the 2019 Rowley White RV Series – presented by RideNow Powersports and
SinFab Industries – promised a long, brutal desert loop more akin to Baja than to the short-course GP
races that make up much of the AZOP season. And with the area around Wickenburg having been
pounded by Arizona’s summer monsoon rains this year, the course was even more technical and nasty
than it had been for the initial event of 2019 in January. 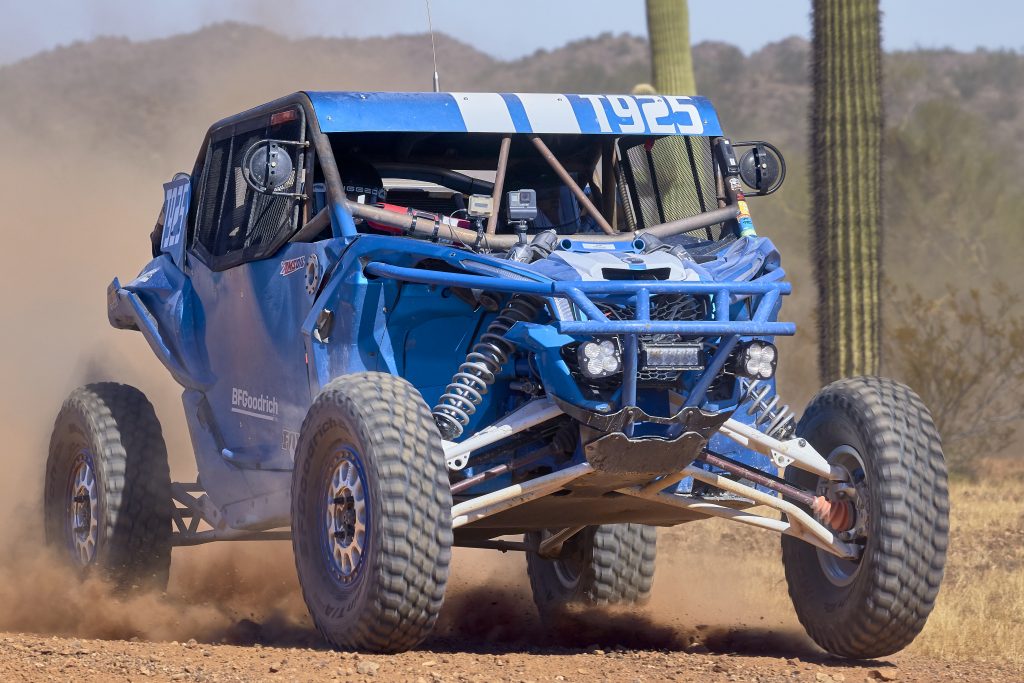 The full course loop totaled about 34 miles (trucks, buggies, and UTV’s ran a slightly shortened 29 mile
lap) and was run in the opposite direction that racers were used to from previous events. The track offered
the expected mix of fast, whooped-out sand, rocky climbs and descents, dry washes, and cactus-lined
trails. And of course the slow-settling dust was an omnipresent hindrance; even in the slow sections.
With only one more points-paying event (two for the Trucks and Buggies) left in the season after this
race, the class-leading competitors showed up all business looking to solidify their leads, or perhaps make
a run at a vulnerable leader. While several of the classes are already decided, many others will be up for
grabs right up until the final race of the season. 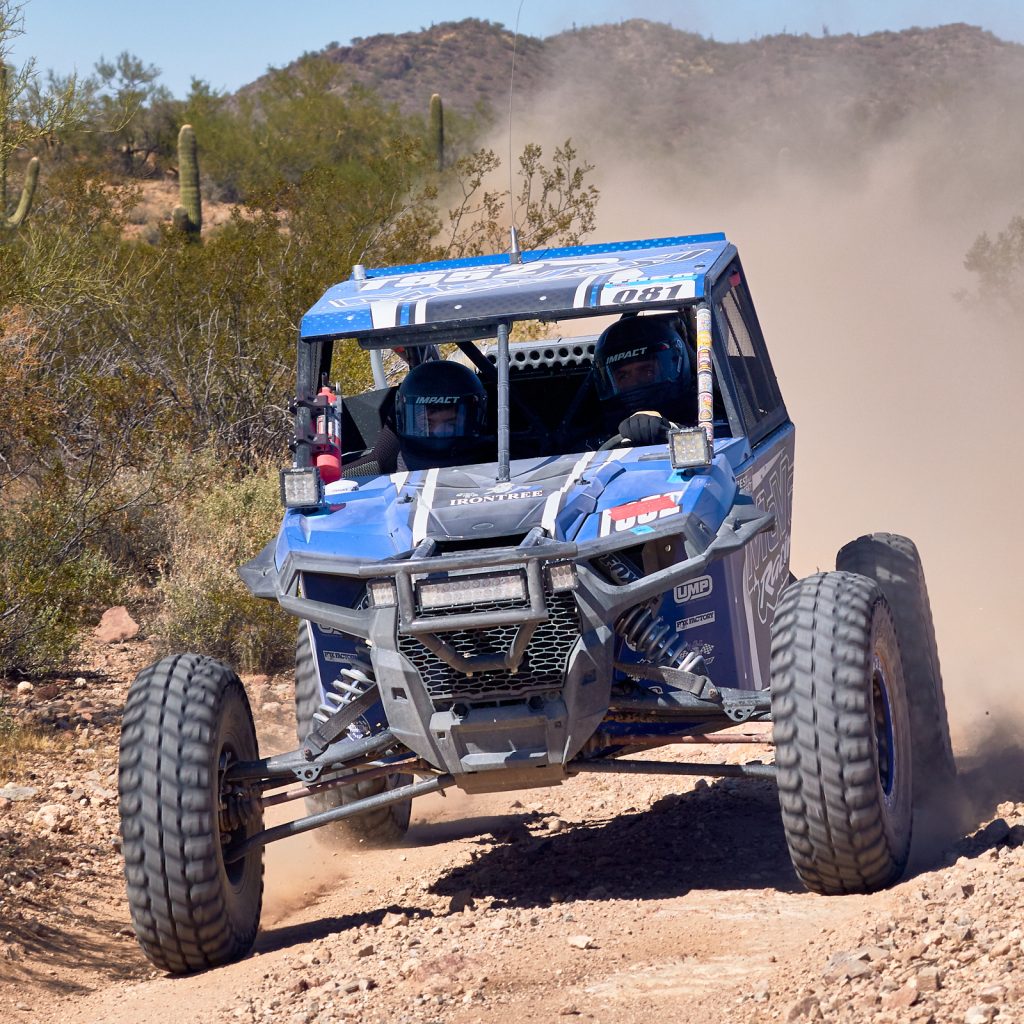 One of the best season-long contests has been taking place in the 170cc UTV class where #147 Braden
Krah and #192 Ryland Stowell have been trading blows all year long. Stowell took second at Vulture
Mine while Krah finished in third, resulting in a vulnerable 26-point lead for Krah heading into the final
weekend. Over in the 1000cc Non-Turbo class, the three-way race for the championship got even closer
after the dust settled in Wickenburg. #2004 John Nix got the class win at Vulture Mine, while #901
Clayton Winiecki took third. #902 Evan Striplin had held the points lead but suffered mechanical issues
during the race, earning a tenth-place finish and 0 points. The result of the chaos is that Winiecki has
retaken the class lead over Striplin and will take an 18-point cushion into the ultimate race of the season.
Nix, meanwhile, is only 8 points behind Striplin for third, which means any of the three of them could
finish the season as class champion! Over in the Unlimited Turbo class, Dan Hurn has enough of a points
lead to have the championship sewn up; though it is worth noting his switch from a turbocharged Can-Am
to a non-turbo Honda Talon midway through the year, meaning that the Unlimited Turbo class
championship will belong to a naturally aspirated car!

AZOP next heads to Shorty’s Sports Park in Blythe, CA for the non-points-paying Shorty’s Slammer GP
and Motocross race. The weekend will include a long-format team race, night racing for the UTV’s, and
much more. Registration is open now!

As always AZOP would like to thank all of the sponsors, staff, volunteers, racers, and spectators for
making this another successful and fun weekend of racing. For full race results, videos, and photos or to
find out about upcoming events go to www.azopracing.com.