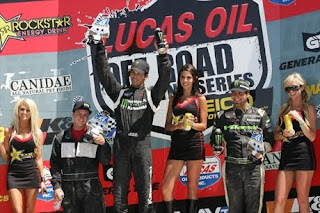 Irvine, Calif.– Monster Energy Kawasaki’s Austin Kimbrell kept his win-streak alive with another pair of wins over the weekend during the Lucas Oil Off Road Racing Series at Miller Motorsports Park. The UTV Unlimited driver increased his win streak to four, while Monster Energy/Funco/Kawasaki driver Chad George increased his podium streak to five with two second-place finishes in his Kawasaki Teryx™. Wrapping up the podium both days was Kawasaki’s Tyler Winbury who made his second and third trips to the podium this year in Utah. The Kawasaki Teryx made its most dominating appearance of the year, sweeping the top-five spots on Saturday and top-four on Sunday. 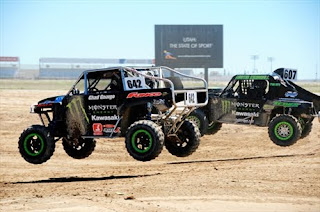 Make That Four
Kimbrell’s third and fourth win in a row didn’t come with an easy start to the weekend. He suffered a big crash on Friday and wasn’t sure how the rest of the weekend was going to go. He qualified third on Saturday and was able to jump from his third-place starting position to first in just two laps. Kimbrell qualified a little better on Sunday in second, but the battle for first during the race didn’t come easily. George was right there giving him a hard time, but Kimbrell ended up pulling out the win.

“The race on Sunday was one of the best races I’ve ever been in,” said Kimbrell. “Chad (George) and I were going back and forth the whole race. It ended up coming down to the end, which always makes it more exciting.” 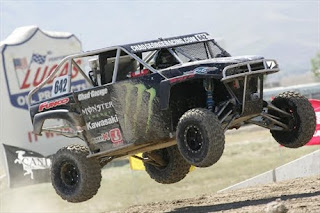 Getting There
Reigning champion George has been Kimbrell’s fiercest competitor race after race, fighting back and forth for the lead and eventually taking second-place both rounds in Utah.

“We definitely want to win, but we have come a long way and have the speed to win,” said Team Owner Grant George. “It’s been hit-and-miss with some things we try and it seems like we finally have everything coming together. The Kawasaki, no matter what team, seemed to be the most reliable machine out there this weekend.” 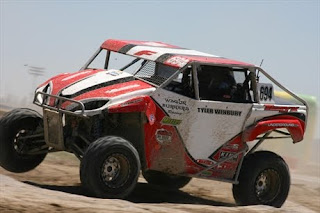 On The Podium
Winbury tied his best performance of the season scoring two hard-charging podium finishes for the weekend. Although he started outside of podium position, Winbury kept pushing and put himself in position to prove he was podium worthy in third.

“On Saturday, I was really happy with how the race turned out,” said Winbury. “I ended up with fastest lap time of the race. I didn’t qualify as well on Sunday, but it was a great race and I made the pass for third on the last corner of the last lap. It was a great race.” 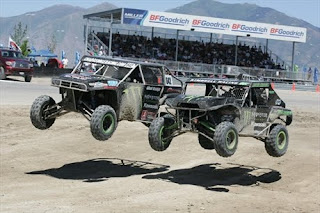 Coming To Southern California
The LOORRS circuit returns to Southern California with its first-ever event at Glen Helen Raceway on August 7-8. With a streak already in play, Kimbrell and his team look to tie their previous record of six wins in a row.

“Our main goal is the championship and it feels amazing to have the points lead after the opening round we had,” said Kimbrell. “We have won six races in a row before so I hope we can tie that with a good weekend in California.” 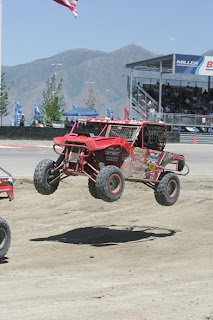