Are Sport UTVs destined to go the way of the Honda ATC? 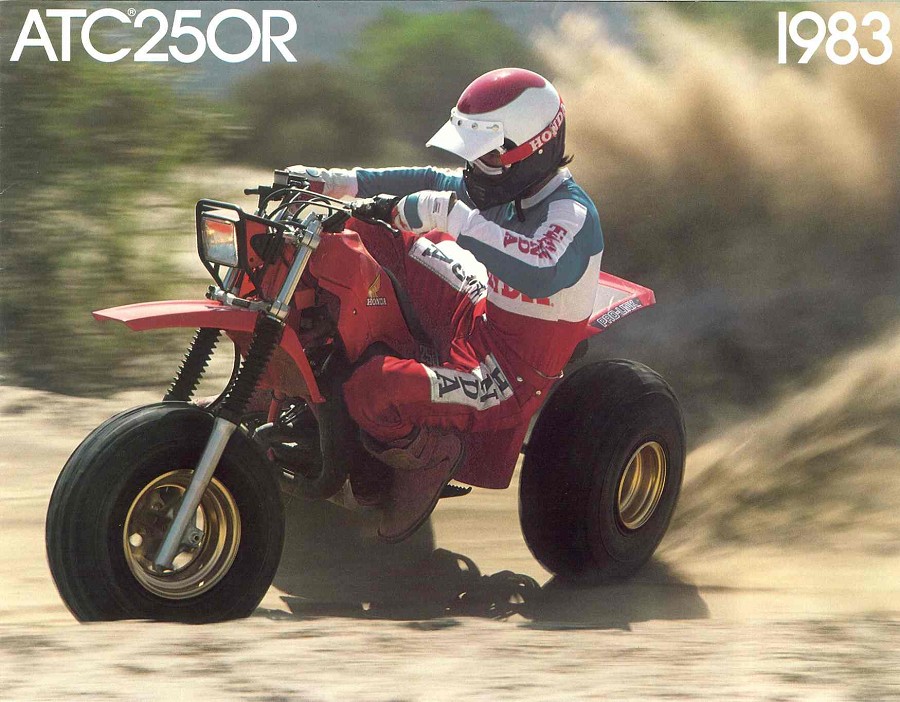 By Jon Crowley
I was just interviewed by a free lance reporter who is writing an article on the Yamaha Rhino and I got to thinking about sport UTVs. Are Yamaha Rhinos, as well as other sport UTVs headed in the direction of the infamous Honda ATC three-wheeler from back in the 1980’s?
If you remember way back when in 1982 (it really isn’t that long ago), Honda introduced the ATC 200 Big Red. The ATC was a great machine, but as popularity exploded, so did the accident rate.
The increase in accident levels lead to an investigation by the Consumer Product Safety Commission (CPSC). In 1986, CPSC statistics suggested that most accidents were due to improper rider behavior that ignored manufacturer warnings. No inherent flaw was found in the three-wheel design.
Honda’s owner’s manual and product warning labels stressed the importance of preper operation to its customers. Through a national industry safety campaign, there was a 33 percent decline in recorded CPSC injury statistics between 1984 and 1988.
Nevertheless, in 1988, ATV manufacturers entered into a 10 year agreement with the CPSC. Under the agreement ATV manufacturers made a $100 million commitment to expand safety programs. Additionally, even though three-wheel ATC sales were dropping off, manufacturers agreed to stop distributing ATCs in the U.S.
If history is bound to repeat itself, the sport UTV is headed in a similar direction as the ATC three-wheeler. The Yamaha Rhino is currently the biggest target, and Yamaha has worked out an agreement with the CPSC to “repair” existing Rhinos. Yamaha is facing an onslaught of lawsuits from users that for the most part have tipped their vehicles over and have been injured or killed.
From what I have seen in reviewing many of the accidents that I see reported in the newspapers, a lot can be blamed on users not following manufacturer guidelines for proper use.

The accidents are tragic, that is for sure. But if you look past the inflammatory reporting you will find that in both instances, many guidelines were completely ignored that would have either prevented the accident or surely lessened the severity.

With the father that died in the roll over, the Rhino was carrying one driver and 5 children as passengers in a two person vehicle. No one had seat belts on, and the father was carrying his one year old son on his lap.
If I am reading the tea-leaves correctly, I can see that improper use of sport UTVs will soon affect all of us. Will the CPSC step in and limit how powerful side x side vehicles can be? Will helmets become mandatory equipment just like they are in California for ATVs? Will manufacturers be forced to add even more safety equipment? Do you get the point?
All of these lawsuits and the bureaucrats at the CPSC are going to force manufacturers to limit how much fun we can have in our beloved UTVs. That is the sad truth.
Here are a few guidelines to remember to help keep you safe in a side x side vehicle:

Beyond following the guideline provided by vehicle manufacturers, use some common sense and take responsibility for your actions. Just because you have an accident doesn’t mean there is a problem with the vehicle and you should be owed a lot of money.