Thief River Falls, Minn. (Dec. 10, 2009) – By any stretch of the imagination, the goal for Arctic Cat/ Bi-Polar Prowler race team for the 2009 race season was daunting: Compete against fully-modified UTVs in the seven-event Best-In-The-Desert (BITD) off-road race series using a stock Prowler XTZ 1000 H2. And by any measure, third place overall is an exceptional accomplishment.

“We came into this series committed to show the world that the major stock components comprising a Prowler XTZ can run with the wild, one-off creations that our competition use,” said team owner/driver Jim Creagan of Yacolt, Wash. “Aside from the required roll cage, extra lighting and King shocks, our Prowler is stock, including the engine, axles and suspension arms. That makes it very satisfying to blow past the other guys.” Nevertheless, the Arctic Cat/ Bi-Polar team attacked each race in the Nevada desert with the same go-for-it attitude that delivered a 1-2 finish in last year’s Baja 1000 off-road race. Two second-place finishes in the series’ longest races proved the durability of the team and Prowler, while top-fives at other events showed their consistency. Seven races entered, seven finished for third place overall series, which is an accomplishment few teams can claim.

Just as impressive, this was the first season of racing the BITD series for the team.

“Knowing the race courses makes a huge difference,” remarked Creagan. “With a year’s experience, we’ll return next year in a better position to challenge for race wins and the series championship.”

The team’s success coupled with the Prowler’s outstanding durability was an impressive combination that drew the immediate respect of other racers.

“The Nevada desert is an unforgiving place,” said Ted Bettin, Arctic Cat ATV Race Coordinator. “For a first-year effort, to finish every race and take third overall in the series proves the best-in-class performance and durability of our machines.”

Arctic Cat Inc., based in Thief River Falls, Minn., designs, engineers, manufactures and markets all-terrain vehicles (ATVs) and snowmobiles under the Arctic Cat® brand name, as well as related parts, garments and accessories. Its common stock is traded on the NASDAQ National Market under the ticker symbol “ACAT.” More information about Arctic Cat and its products is available on the Internet at www.arcticcat.com. 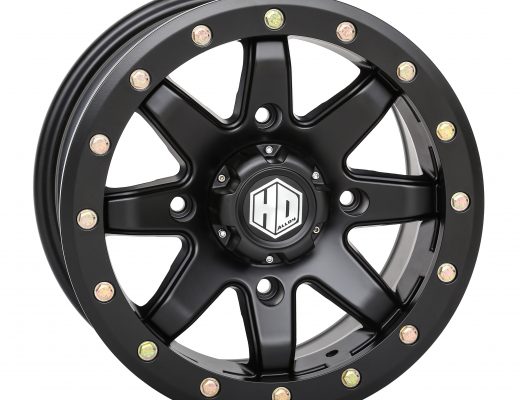