In addition, Arctic Cat’s net sales increased by 17 percent to $204.8 million on higher sales across all product lines in the company’s second quarter, compared to the second quarter in 2011.

“We are very pleased to report double-digit sales and earnings gains in the second quarter,” Arctic Cat president and CEO Claude Jordan said. “Once again, revenue grew across all product lines. Sales in the quarter benefited from particularly strong snowmobile sales, driven by the introduction of our extensive new 2012 snowmobile model lineup. We also continued to improve profitability through operational excellence and a lower cost structure.”

During the second quarter, Arctic Cat began to roll out to dealers its all-new Wildcat V-twin 1000i H.O. pure-sport recreational off-road vehicle, which was officially unveiled in July 2011.

“The Wildcat gives consumers a pure-sport hot rod and marks our first entry into the growing sport side-by-side market,” Jordan said. “Dealer demand for this off-road vehicle is very strong, and we remain on track to begin shipping it to dealers in the third quarter of this fiscal year.”

Sales of PG&A in the fiscal 2012 second quarter grew 13 percent to $31.4 million versus $27.6 million in the prior-year quarter. Contributing to higher PG&A sales were preseason snowmobile-related parts, garments and accessories, as well as the e-commerce initiative launched earlier this year. Arctic Cat also recently launched an e-commerce initiative for consumers in Canada. Arctic Cat introduced nearly 40 Wildcat accessories for vehicle customization in the quarter.

“We are again raising our full-year sales and earnings outlook for fiscal 2012, based on better than anticipated second-quarter results, higher anticipated volume, and a continued focus on controlling costs and leveraging our operating efficiency,” Jordan said. “The company remains well-positioned for future sales growth across all product lines. We continue to expect higher snowmobile sales, due to our new model lineup. We also see continued gains in our ATV business, due to the competitive strength of our core ATV and Prowler side-by-side offerings, and the growth potential for our Wildcat pure-sport ROV model. Additionally, we remain focused on further enhancing the company’s profitability through operational efficiencies.”

Arctic Cat saw side-by-side sales growth of 8 percent in the quarter compared to the second quarter of 2010. Initial orders of the Wildcat have been strong as expected.

“We thought we were going to take a large number of orders, and we did,” Jordan said. 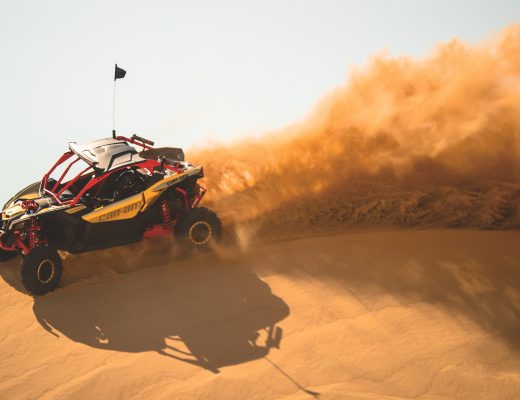