“We are very pleased to report record earnings per share and increased sales in our third quarter, compared to a strong prior-year quarter of double-digit sales and earnings gains,” said Claude Jordan, Arctic Cat’s chairman and chief executive officer. “The company’s results are in line with our expectations for continued top- and bottom-line growth. During the fiscal third quarter, we made further progress on our growth strategy to enter new market segments by introducing two new Wildcat™ pure sport side-by-sides that will begin shipping during the fiscal fourth quarter. These included our first four-seat Wildcat model and a high-performance, 90-plus horsepower Wildcat 1000 X model. We now have four models in our Wildcat line, all of which we launched in the past 13 months.”

Among the highlights of Arctic Cat’s fiscal 2013 third quarter financial results versus the prior-year quarter:

Business Line Results
Sales in Arctic Cat’s all-terrain vehicle (ATV)/side-by-side business rose 28 percent to $69.6 million, up from $54.4 million in the same period last year. The increase was primarily due to strong global demand from dealers and distributors for the Wildcat side-by-side. Year-to-date ATV/side-by-side sales grew 40 percent to $212.2 million compared to $151.1 million in the first nine months of fiscal 2012.
“Sales of Wildcat side-by-sides met our high expectations for the third quarter and year to date,” said Jordan. “We remain pleased with consumer and dealer enthusiasm for the Wildcat, and anticipate growing revenue contributions from our expanding Wildcat line.”
Arctic Cat’s ATV/side-by-side business rose to 38 percent of consolidated sales year-to-date, up from 31 percent of consolidated sales in the same period last year. “As part of our overall growth strategy, we are focused on further increasing our ATV/side-by-side business as a percent of Arctic Cat’s total sales going forward, driven by innovative product launches in this market segment,” said Jordan. “We continued to advance this goal with our recent launch of two new Wildcat models. In addition, we have a robust new product pipeline for future growth.”
Arctic Cat’s snowmobile sales in the fiscal 2013 third quarter were down 2 percent to $122.4 million from $125.2 million in the prior-year quarter. Year-to-date snowmobile sales increased 5 percent to $269.0 million, up from $257.3 million in the same period last year, led by growth in Canada and other international markets.”
Commented Jordan: “We anticipated that this would be a tough quarterly comparison for our snowmobile sales, as we are up against strong snowmobile sales in the year-ago quarter. Last year, we unveiled the largest new snowmobile introduction in the company’s history, with 23 all-new models representing 75 percent of our offerings.”
Arctic Cat’s new 2013 model year snowmobiles have received industry awards as the Best High Performance for the F800 Sno Pro RR (race-replica) and Best Crossover for the CrossTour 1100 Turbo. The company’s 2013 model year snowmobiles are built on its new ProCross™ performance and ProClimb™ mountain chassis platforms, both of which offer innovative suspension, drive and braking technologies.
Arctic Cat is committed to investing in research and development across its product lines, in order to remain an industry innovation leader and in anticipation of manufacturing its own snowmobile engines.
Sales of parts, garments and accessories (PG&A) in the fiscal 2013 third quarter were down 5 percent to $26.0 million versus $27.4 million in the prior-year quarter. An increase in Wildcat parts and accessories sales in the fiscal 2013 third quarter was not sufficient to offset a decline in snowmobile garment sales, due to lower than expected early season snowfall. Year-to-date PG&A sales totaled $77.1 million, down 2 percent from $78.4 million in the year-ago period. For the fiscal 2013 full year, Arctic Cat continues to anticipate increased PG&A sales of 1 percent to 3 percent.

Company Raises Fiscal 2013 Earnings Outlook
“We remain on track to deliver the highest net earnings in Arctic Cat’s 50-year history for the fiscal 2013 full year,” said Jordan. “We expect to continue generating higher revenue and earnings by developing innovative new products and entering new market segments. Our strategies are working and we are raising our full-year earnings guidance.”
In fiscal 2013, Arctic Cat anticipates continued gains in its ATV/side-by-side business, fueled by the growth potential for the Wildcat and Prowler side-by-side offerings, and many exciting new products being developed. Additionally, the company remains focused on further enhancing profitability through operational efficiencies and cost controls.
Arctic Cat’s fiscal 2013 outlook includes the following assumptions versus the prior fiscal year: ATV North America industry retail sales flat to up 5 percent; side-by-side North America industry retail sales up 10 to 20 percent; snowmobile North America industry retail sales down 2 percent to up 2 percent; Arctic Cat dealer inventories flat to up 5 percent; operating expense levels that are down slightly as a percent of sales; and increasing cash flow from operations. The company expects gross margins to improve between 20 and 60 basis points in fiscal 2013.
For the fiscal year ending March 31, 2013, Arctic Cat now estimates that fiscal 2013 earnings per diluted share will be in the range of $2.75 to $2.85, an increase of 60 percent to 66 percent compared to fiscal 2012. Previously, the company estimated fiscal 2013 earnings of $2.65 to $2.75 per diluted share. The company continues to anticipate sales for the full 2013 fiscal year in the range of $664 million to $684 million, an increase of approximately 13 percent to 17 percent versus fiscal 2012.

Board Additions
Arctic Cat added two new members to its board of directors in the fiscal 2013 third quarter. Joe Puishys is president and CEO of Apogee Enterprises and Stan Askren is chairman and CEO of HNI Corporation. Arctic Cat now has eight members on its board of directors, the majority of whom are independent.
“We look forward to benefiting from their insights, as we pursue continued growth and enhanced operational efficiency,” said Jordan. 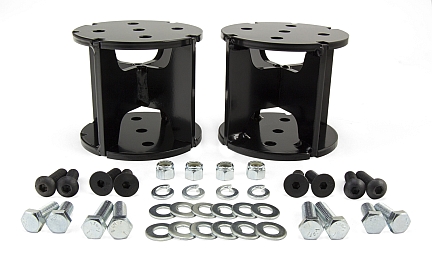