“We can’t think of a better way to kick off the new racing season than winning the Best in the Desert opener behind another solid performance from Johnny Angal,” said Ryan Edwards, Tech Support Representative / West Coast Race Coordinator. “The 8-ply, 30-inch ITP Ultracross tire continues to prove itself as the tire of choice for these harsh desert environments, as both Angal and Poelman used it to reach the podium at the challenging Parker 250.”

The THR Motorsports Parker 250 featured a record breaking number of entries (138) between bikes, quads and side-by-side vehicles, according to BITD. The side-by-side ranks had nearly 60 total entries, including 43 in the 1900 Pro class ranks alone. Racers had to complete two laps of the grueling, fast-paced course to stand atop the podium. Angal and co-pilot Eric Ringler were the first to finish, completing two circuits in 3:06:32.473. This was Angal’s second straight desert win coming off the Baja 1000 victory last November.

Third place went to the No. 1962 Polaris of Poelman, who was assisted by teammates Dodge Poelman and John Hoffman. They finished roughly eight minutes behind Angal to secure third place on the 1900P class podium.
Team ITP racers tallied seven of the top 10 finishing places in the 1900P class, including places sixth through 10th. Justin Lambert (Justin Sheakley, Jeremiah Staggs) of Cognito Motorsports took sixth place just in front of Can-Am / ITP / Murray Racing’s Derek and Jason Murray. Michael Isom and Kadin Isom were eighth, Cody Nygren and Ashton Hempwill took ninth and the tandem of Brian Bush and Drew Schultz captured 10th.
With its unique, non-directional tread pattern, Ultracross tire, offered in 30x10R-14, offers superb traction in a wide variety of conditions and varying surfaces. The open tread design, 8-ply carcass and 14-inch diameter makes it ideal for desert racing and for use with a variety of wheel choices.
About ITP
In business for more than 30 years, ITP has become the world’s #1 ATV/UTV aftermarket tire and wheel source. ITP utilizes its experienced staff of engineers, designers and technicians at its two American tire facilities in Clinton, Tenn., and Jackson, Tenn., to develop award-winning tire-and-wheel designs for virtually all ATVs and side-by-side vehicles. Numerous outlets distribute ITP tires across the United States and in more than 25 countries worldwide. For a full-color ITP catalog, call toll-free: 1-800-889-7367. www.itptires.com 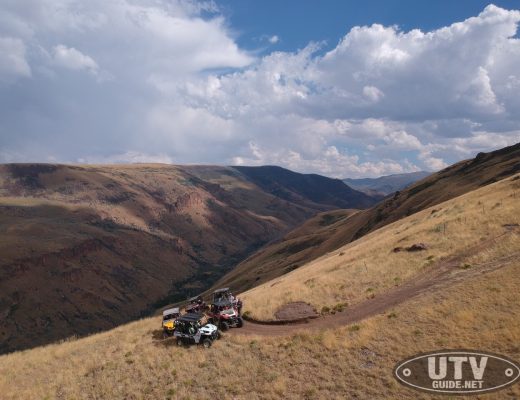 ITP HAD A BLAST AT BRIMSTONE