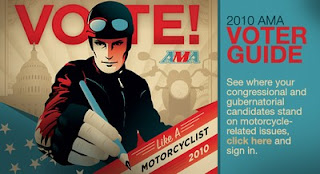 The AMA has ramped up its “Vote Like a Motorcyclist” campaign with T-shirts, pins and posters to supplement its new 2010 AMA Voter Guide.
“The elections on Nov. 2 are some of the most important in many years for the future of motorcycling,” said Ed Moreland, AMA senior vice president for government relations. “It’s critical for motorcyclists to get out and vote to help protect their right to ride.”
A major tool available to AMA members this campaign season is the online 2010 AMA Voter Guide — the first national voter guide of its kind for the motorcycling community. It features a fuel-gauge rating for every federal and gubernatorial candidate of the major political parties who returned an AMA questionnaire. The rating shows how closely the candidates’ answers align with AMA positions.
The 2010 AMA Voter Guide is available to AMA members in the Members Area of the AMA website. Riders who wish to join the AMA and utilize the guide can do so at the AMA website. To join, click here.
Moreland noted that during this political season it’s important to remind fellow riders to think before they vote, and to vote like a motorcyclist. One way to do that is by wearing a “Vote Like A Motorcyclist” T-shirt while out for a ride, hanging with riding buddies or while picking up parts at a dealership.
It’s also a visible reminder to non-riders and candidates that motorcyclists vote.
“Vote Like A Motorcyclist” T-shirts cost just $21.95. Posters range in price from $11.20 to $22.45, depending on size, and pins are $2.20.
Gear up with “Vote Like A Motorcyclist” items at http://www.zazzle.com/americanmotorcyclist.
And don’t forget to vote on Nov. 2! 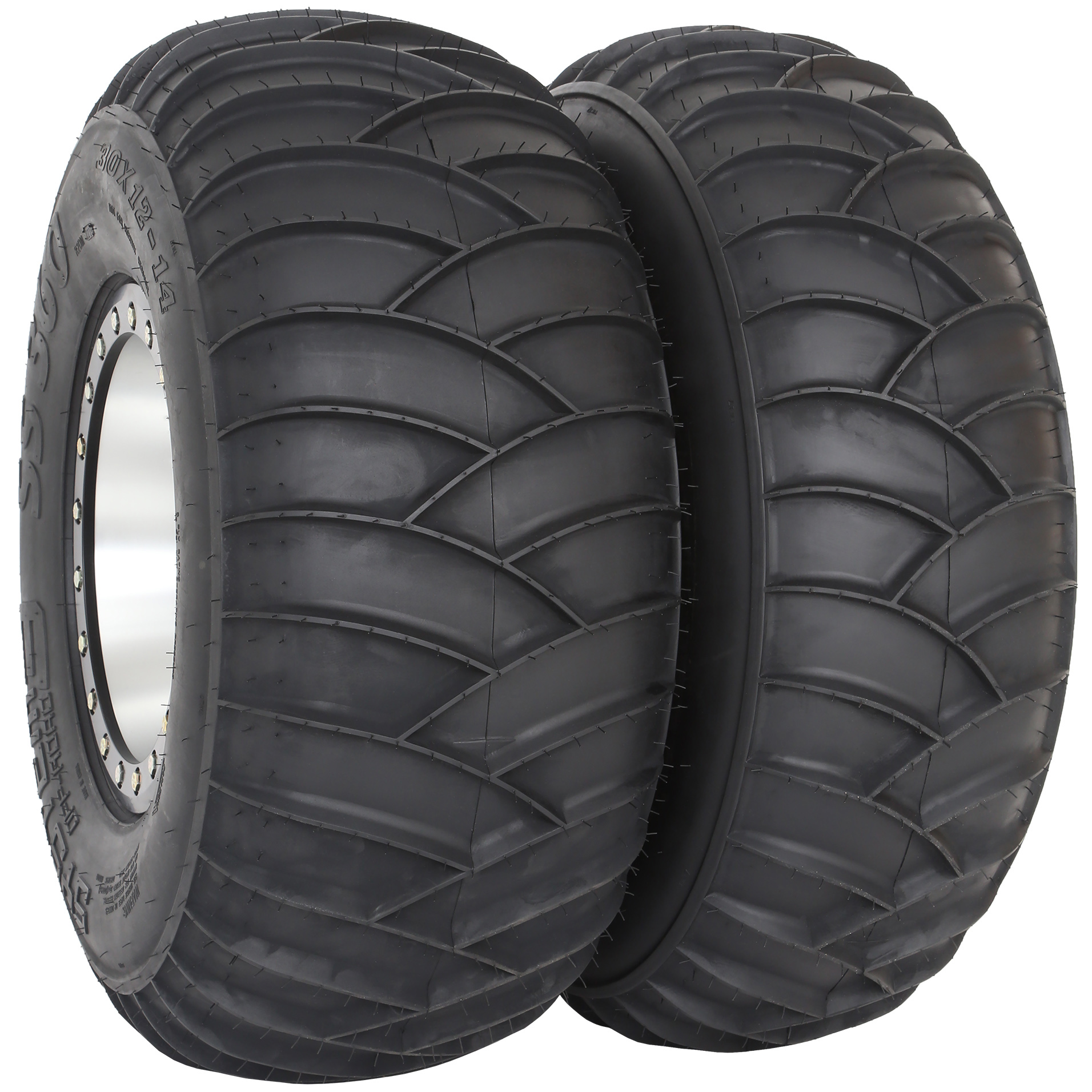