Due to the leak of internal White House document showing secret plans to designate 13 million of acres as National Monuments and Wilderness without public input, President Obama announced on 3/29/10 his America Great Outdoor Initiative to encourage local involvement in the crafting of this new plan, which will supposedly encourage urban youth to get out and enjoy the Backcountry and preserve access to the outdoors.

This is more Washington double talk since locking the majority of the public out of their public lands via Wilderness and Monument designation will discourage the most popular forms of outdoor recreation, such as Off Road Vehicle use and in many cases Mountain Bikes. This will clearly discourage the public from enjoying the backcountry. There is just no way reducing access can be preserving access.

President Obama held a last minute conference on 4/16/10 in Washington DC to encourage local partnerships, but after polling over 60 local organizations we could not find one who had been invited. The folks who were invited and who are partners, were those who support closure of public lands such as Sierra Club, Wilderness Society etc. 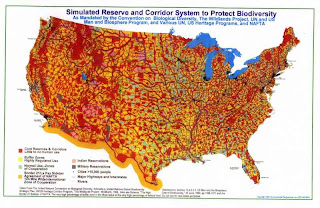 Of particular interest is Government Landscape Wide Planning (including private property) and designation of Wildlife Corridors, as proposed in the President’s Outdoors Initiative, are also key elements in the United Nations Wildlands Project, which seeks to make 50% of America off limits to humans (Yellow and Red on the Wildlands Project map). It appears that all those invited to the DC Conference also support the Wildlands Project. If you don’t then ACT NOW by clicking here to send your letter!


Click here to create your two minute Outdoor Initiative letter or use the link below:
http://www.savethetrails.us/Default.aspx?PetitionID=47

The good part is this Initiative has just started and you can help get it back on track by sending a letter using our two minute letter generators link above.

The goals of the America Great Outdoors Initiative is laudable, to encourage local involvement, increase access to public lands and Encourage the Public to get our in the Backcountry, but as you may have guessed the proposed policies are heading in the opposite direction.

The President has asked for public involvement, so let’s take advantage of his offer and speak up to ensure this Initiative stay true to the goals.