303 Racers entered to date, including 34 SCORE Trophy-Trucks, from 38 States and 13 countries

In internationally-televised Granddaddy of all desert races; finale of five-race 2009 SCORE Desert Series

With over 325 entries expected to compete in 29 Pro and 6 Sportsman classes for cars, trucks, motorcycles and ATVs, the granddaddy of all desert races will be held Nov. 19-22 in Ensenada, Mexico. Completing its 36th year as the World’s foremost desert racing sanctioning body, the event is the finale of the five-race 2009 SCORE Desert Series. To date entries have come from 38 U.S. States and 13 countries.

It’s the oldest and most well known of all desert races, and it remains as the single most appealing accomplishment to a driver. Since 1967, the Granddaddy of all desert races has been run over the mysterious Baja California peninsula. Because of the economics and logistics involved, some years it is a peninsula run while most years it is a loop race, starting and finishing in Ensenada.

This year’s 672.85-mile race will start for the 35th time and finish for the 20th time in Ensenada. The motorcycle and ATV classes will start their journey at 6:30 a.m. (PST, Friday, Nov. 20) with the car and truck classes starting at approximately 10:30 a.m., or three hours after the last ATV leaves the line. Vehicles will leave in 30-second intervals in the elapsed-time race and while the fastest finishers are expected to complete the course in approximately 14 hours. All vehicles will have a 31-hour time limit to become official finishers in the legendary adventure.

The race will start and finish on Boulevard Costero adjacent to the picturesque Bahia de Todos Santos in front of the historical Riviera del Pacifico Cultural Center in the heart of Ensenada.

Pre-running on the 672.85-mile loop course will officially begin on Saturday. Pre-running will be allowed from Ojos Negros and back, starting at race mile 43.3. One way pre-running from the start to Ojos Negros will be allowed only on Wednesday and Thursday of race week (Nov. 18 and 19). During the race, the first section of the course, approximately 40 miles, will be used leaving the city and returning to Ensenada.

While late entries are accepted up to race day, a total of 303 entries have officially been accepted for the race as of today which will put the starting field in the top 10 in the 42-year history of the storied event.

“We have been able, with the dedication and cooperation of many of our friends in Baja California, to develop a race course for the 42nd Annual Tecate SCORE Baja 1000 that will challenge even the most experienced of our great SCORE desert racers,” commented Sal Fish, SCORE President/CEO since soon after it was founded in 1973. “This great, great course presents the competitors with all of the variety of terrain and elevation changes you could possibly hope for along with the dramatic beauty of Baja. This spectacular race course features the best of the courses we have used in our last three SCORE Baja races.”

With massive crowds reaching nearly 250,000 anticipated to again be spread out along the rugged course that travels from Ensenada, down Laguna Salada to San Felipe, down through the legendary Matomi Wash, around Mike’s Sky Ranch, through both Rancho El Trachis and Rancho El Coyote, down the infamous Simpson’s Hill and back to the Pacific Coast below San Vicente and up through Santo Tomas, Uruapan and back to Ojos Negros, covering much of the northern half of the majestic Baja California peninsula to and from Ensenada.

After the San Felipe loop, which travels in a counterclockwise direction from and back to Borrego, the course will head north and northwest, joining Highway 3 for a short distance to the Mike’s Sky Ranch turnoff. Then the course heads behind Mike’s and around Rancho Trachis and Rancho Coyote and down the challenging Simpson’s hill. From this point the course is very similar to the Tecate SCORE Baja 500 heading north along the Pacific Ocean below San Vicente and past Erendira, back inland up through Santo Tomas then turning northeast just past Uruapan winding its way back to Ojos Negros for the final charge back to Ensenada. In the Erendira area, the course avoids the rocky section along the Pacific, taking instead a high plateau east of that area.

The course features six checkpoints, where vehicle numbers and passing times are recorded to help verify the information gathered on the electronic recording devices that are mounted on all vehicles in the race.

The post-race Tecate SCORE Baja 1000 Survivor’s Celebration will be held poolside at the San Nicolas Resort Hotel at 10 a.m. on Sunday, Nov. 22.

Among the motorcycle and ATV classes, the open motorcycle Class 22 has the most entries to date with 18 followed by Class 30, riders 30 years old and over, which has 13.

The defending overall champions are all in this year’s field: Roger Norman, Reno, Nev./Larry Roeseler, Boulevard, Calif., in the No. 8 Norman Motorsports BFGoodrich Tires Ford F-150 SCORE Trophy-Truck, the No. 1x Class 22 open motorcycle team led by Robby Bell, Sun City, Calif., on a Kawasaki KX450 and the No. 1a Class 24 open ATV team led by Wayne Matlock, El Cajon, Calif., on a Honda TRX700XX.

Among the many other talented entries from all over the world is the venerable Rod Hall, Reno, Nev., who is only individual who has raced in all 41 previous Tecate SCORE Baja 1000 races.

The legendary Hall, 70, of Reno, Nev., has a race-record 19 career class wins in this event and is the only driver to have competed every year (all in a car or truck class). Hall will be looking for two class wins this year as he is entered as the second driver for his sons Josh and Chad Hall in Hummer H3 vehicles in both the Stock Mini and Stock Full classes.

This year’s Tecate SCORE Baja 1000 desert race will be televised on a delayed basis as a one-hour NBC Sports special, in association with SCORE and Aura360, for the sixth consecutive year. It is scheduled to air on NBC at 2 p.m. (EST) on Sunday, Dec. 19 on the NBC Television Network. It will also air on a delayed basis outside of the U.S. on ESPN International.

In addition to season point class point championships, drivers in the Pro car and truck classes are also racing to earn prestigious SCORE Toyota Milestone Awards given to all drivers who complete every required mile of the five-race season. Being presented by Toyota Motorsports for the 24th consecutive year, a total of 16 drivers remain eligible after Round 4 of the 2009 SCORE Desert Series.

This race also features the prestigious Sal Fish SCORE IronRider awards presented to each motorcycle or ATV rider who completes the course within the time limit while riding solo. To date, 24 individuals have officially declared that they will be attempting to complete the course riding solo.

Additional associate sponsors for the 2009 Tecate SCORE Baja 1000 are Proturismo de Ensenada and the State Tourism Department of Baja California.

For more information regarding the series, contact SCORE at its Los Angeles headquarters 818.225.8402 or visit the official website of the 2009 SCORE Desert Series at www.score-international.com. 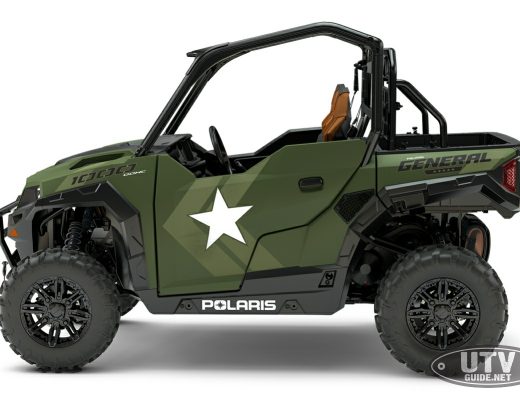