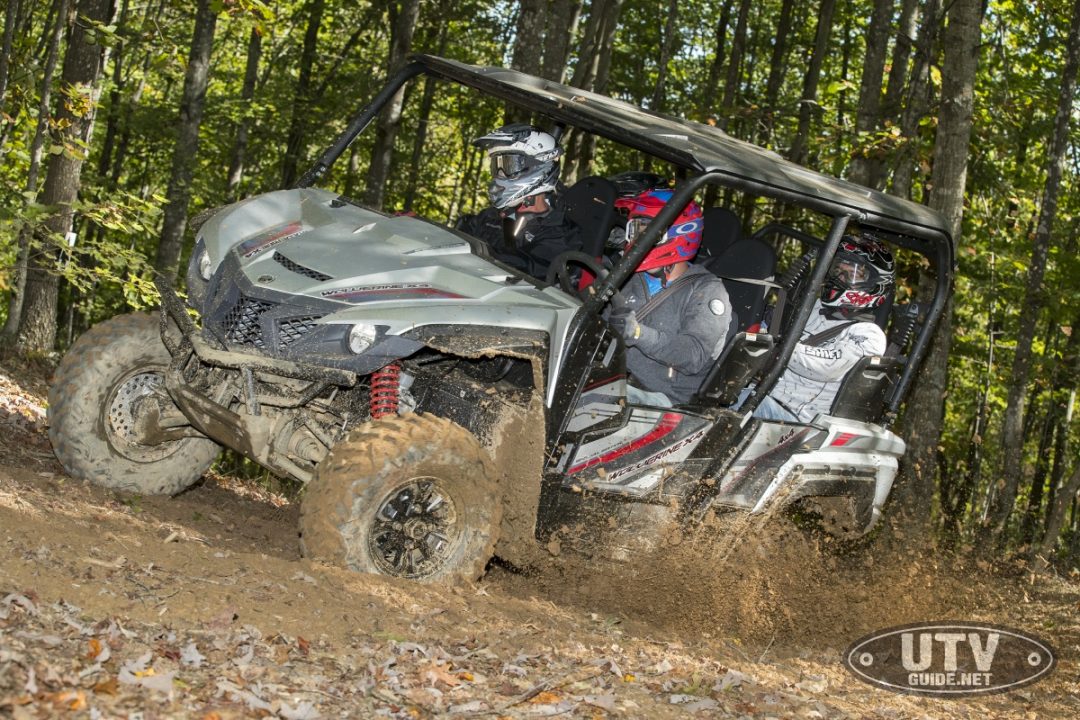 Yamaha recently invited media out to Brushy Mountain Motorsports Park in North Carolina  to try out the all new four-seat Wolverine X4. This vehicle is targeted at trail riding and excels in areas that are tight and technical. If you are looking for a dune and desert four seater where longer wheelbase, wider suspension and bigger engines are more important, the Wolverine X4 probably isn’t your best choice. The Yamaha Wolverine X4 excels in fitting a family of four that enjoys exploring on tight trails or the hunter/fisherman that wants the flexibility to haul four people or two with a bunch of gear in the bed. Just to put the size of the Wolverine X4 into perspective, the Polaris RZR XP4 1000 is 2 feet longer with a 35″ longer wheelbase! They are obviously designed with different objectives in mind. From the overhead shot, you can really see how Yamaha did not waste any space in the Wolverine X4. It is hard to see in the image, but there is some room behind the rear seats for some gear and maybe a smaller-sized ice chest. As far as space in cockpit goes, I felt comfortable in the driver or passenger seat with the seat adjuster all the way back.  In the back seats, I am 6′ 1″ and actually fit without having my knees hit anything. The rear seats fold up and slide forward if you need space for camping gear. The bed does not dump, so it really isn’t designed for hauling rock or sand, but there is plenty of room for a large ice chest and some camping gear. Big ice chest is no problem when seats are folded up.

With the rear seats folded up and forward, there is plenty of for gear in the bed. The Wolverine X4 has Self-Leveling Shocks in the Rear.

One area where four-seaters always struggle is handling different load scenarios. Typically manufacturers will pick a middle-of-the-road solution which is a little too stiff for driver and no gear, and way too soft and low in the rear when you load it with four-adults.  Well, Yamaha has this situation nailed. They have installed self-leveling shocks in the rear that automatically adjust the ride height based upon load. The Yamaha Wolverine X4 comes with an all-new twin cylinder engine (finally!).  The 847cc Twin-Cylinder Powerplant features a drive-by-wire throttle, a 270-degree crankshaft design and lightweight internals that produces good torque. The dry-sump setup keeps the engine compact with no oil pan impacting ground clearance. I seriously hope we don’t have to wait long for Yamaha to migrate this engine over to the two-seat Wolverine! The Wolverine X4 climbs like a billy goat in high or low gear.

Like many other Yamaha UTVs, the Wolverine X4 comes with an ultra-reliable Ultramatic CVT. This CVT is probably my favorite in the industry because it grabs the belt like no other and also provides for engine braking that works in a predictable and smooth manner.  Consistent engine braking might not seem like that big of a deal to many people, but ride in a UTV that randomly free-wheels on a downhill and you will change your mind quickly. Even on the tight trails in North Carolina where we were consistently driving at low speeds with lots of hills, I was able to run in High gear with no issues! Now I wouldn’t recommend this on a normal basis, it clearly illustrated to me that Yamaha has CVTs dialed in.

The engine and drivetrain on the Yamaha Wolverine X4 are also very quiet.  This is one of my pet peeves and one of the reasons why I generally don’t change out exhaust on my buildups. I like a quiet ride where I can talk with my passengers and the Wolverine X4 is probably the quietest on the market. The Wolverine X4 Comes with an all-new twin cylinder engine.

As I said in the beginning, the Wolverine X4 isn’t designed to be the four-seater that rips through Glamis. Where it shines is exploring east coast trails loaded with a family of four. The Wolverine X4 is comfortable, quiet, capable and it inspires confidence.

This is one vehicle where the marketing material produced from the manufacturer actually matches with my real-world experience. For more details, check out some of the technical videos produced by Yamaha below. 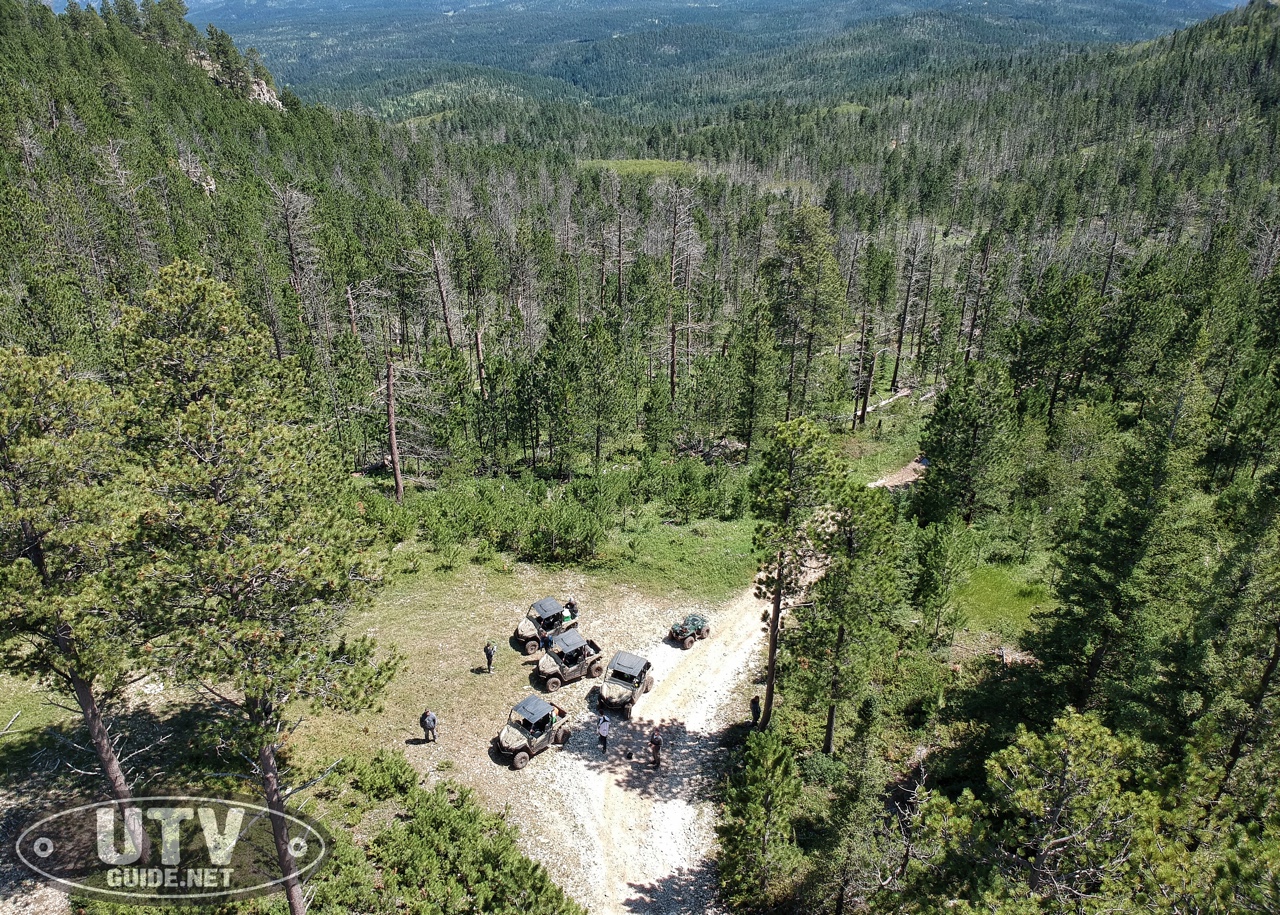