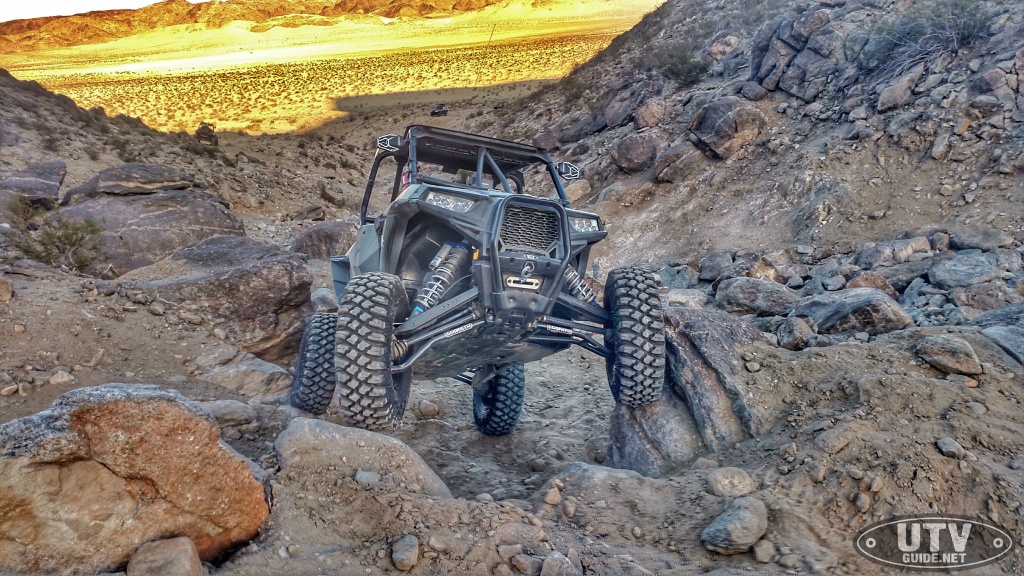 King of the Hammers is just two months away, and speaking from experience, it comes up real quick.  After sitting out of the 2016 King of the Hammers UTV Race, I am back at it for 2017. I am running a 2017 Polaris RZR XP1000 Gold Metallic SE (see full build details at: 2017 King of the Hammers RZR XP1000 Buildup).  The special edition XP1000 is the closest thing to a purpose built rock crawling UTV on the market. Strengthened front half shafts, a specially engineered Xtreme Performance True On-Demand All-Wheel Drive and 55% lower low-range gearing, HWM skids, high clearance arms, winch and a gated shifter are just a few of the features that show Polaris has the rock crawling crowd on its mind. After making the decision to take on King of the Hammers again, I set about getting the car ready. My goal is to leave the car as stock as possible while still following race safety rules and also adding some strength where I felt it was necessary. Once it was close to race ready, I headed to Johnson Valley, CA to test it out. We arrived on a Wednesday afternoon, and after unloading, my buddy John Duckworth and I headed over to Chocolate Thunder to play around. Chocolate Thunder is always a tough spot. This is where the largest crowds gather during the race, so there is some pressure to impress the masses. And this hill also gets a ton of use, so it can change from one day to the next.  The one tough line that Ducky is attempting above is risky in my opinion. You can be a hero if you make it in front of the crowd, or you can easily roll and be a zero. I know that the safe bet is to get in position and then winch, so I focused in on two other possible lines that continually change. After a few different tries, I found a way up where I didn’t have to winch and could make it all the way to the top without backing up. I felt good about this, but I know the hill will change many times over in the next two months.

The next day, we headed over to Aftershock. Last year, the course ran down Aftershock, but we wanted to run it the more traditional route. With two “race” cars and two play cars in our group we made quick work of Aftershock. At the top, Dave and Rich decided to head back to camp, while Ducky and I headed back down to give Highway 19/20 a run. Highway 19/20 is longer than Aftershock with more difficult obstacles. We spent some time looking at alternate lines and made quick work of the trail. Once up to pit 2A, we headed back to camp for some lunch, then waited for Mark from Moto Race Tire.  Mark was coming with two sets of “sticky” 32x10R14 XROX DD  tires for us to try. I have spent quite a bit of time with a normal set of MRT 32x10R14 XROX DD tires and they do great.  These are the same kevlar reinforced tires with a different rubber compound that is softer and in theory provides more traction.  I mounted them up and headed over to Turkey Claw to test them out. Turkey Claw is a relatively short trail, but it isn’t a joke at all. With my lower gearing, I could definitely see these tires do a better job at gripping the rocks, even at 12 PSI. With the sun going down, we called it a night and headed back to camp to a killer dinner prepared by Dave. The Captain Morgan flowed and we were soon discussing how we were the best rock crawlers on the planet. The next morning, we sobered up and decided to take on a portion of the 2016 KOH course. At the top of Boulderdash

We came up Boulderdash, then down Upper Big Johnson, then up Clawhammer. There were a few tough spots on Boulderdash and Clawhammer and we busted out the winch a few times for some of the cars. Then the course led us to Wrecking Ball. The last few times I raced, we climbed Wrecking Ball, but for last year’s course then went down.  Going down is typically much easier, but then there is the waterfall.  We decided to go down the bypass, and all went well until Rich gave it a try. Even after discussing how you want to keep the vehicle moving, Rich had a little panic move and decided that he was going to stop in the wrong spot.  It all ended well, but we were all on edge hoping he wouldn’t roll over.

Rich illustrating the importance of “keep it rolling” while taking the bypass around the waterfall on Wrecking Ball in Johnson Valley, home of King of the Hammers.

We finished up the course with another quick trip up Chocolate Thunder, then headed back to camp to load up and head for home. Overall, I am thrilled with how my car performed. I’ve got a few minor things to change and add, but the RZR made me look good. Big thanks to Mark from MRT from bringing out the sticky XROX DD tires for us to try. 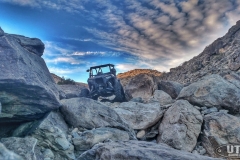 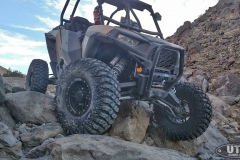 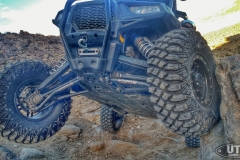 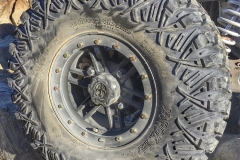 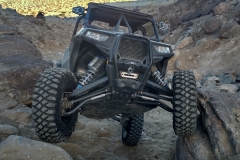 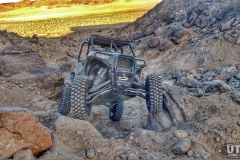 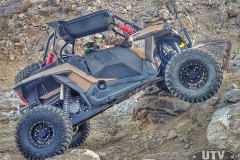 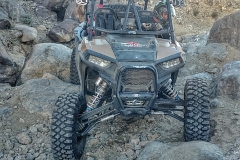 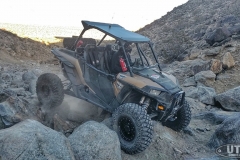 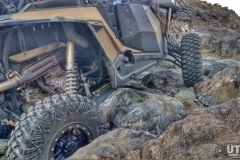 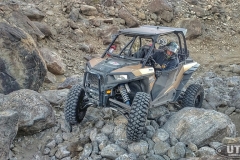 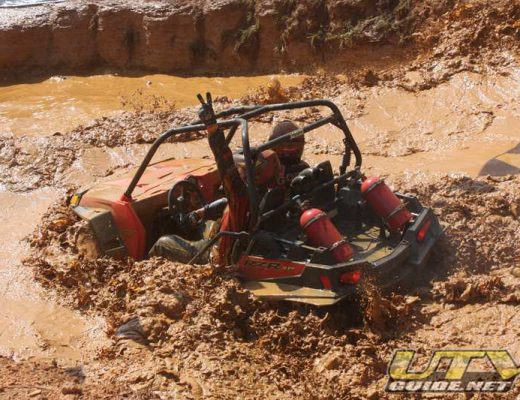