Anaheim, Calif. – November 14, 2012 – GBC Motorsports is gearing up for the 3rd Annual Pro Amor Fall Fun Ride this weekend. With plenty of desert riding, fun events and attractions, and a great crowd of people, the Pro Armor Fall Fun Ride is always an event GBC Motorsports is excited to attend.
Running November 16-18 in Ocotillo, CA, the 3rd Annual Fall Fun Ride begins Friday as people from all over the Southwest roll in to camp, set up on Holly Road off of Borrego Salton Sea Way (Co Hwy S22). The weekend fun then kicks off on Saturday morning with the Pro Armor Geocache, followed by a chilidog lunch at the campsite and along with company vending. As the sun sets over the desert, the bonfire will be lit as the Taco Fiesta and live DJ take the festivities long into the night. For more information visit www.facebook.com/proarmor. GBC Motorsports Representative and former pro ATV racer Kory Ellis will once again be in attendance. Kory will have GBC tires and No Limit Wheel kits on display, as well as the GBC Motorsports Wildcat. The Arctic Cat Wildcat 1000, built by the folks over at SXSPerformance.com as part of GBC’s 2012 SEMA booth, features the new Kanati Mongrel tires on No Limit Venom wheels and will be making its dirt debut at the Fall Fun Ride this weekend. The Wildcat build also features contributions from some of the best companies in the industry, including various Pro Armor pieces.
Visit www.gbcmotorsports.com to see the full lineup of ATV & UTV tires. Follow us at www.facebook.com/gbcmotorsports and www.twitter.com/gbcmotorsports for the latest product and event news. 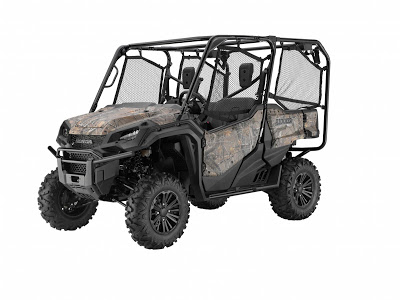